QuickTake: Colonial Downs, Gold Cup, and the future of racing 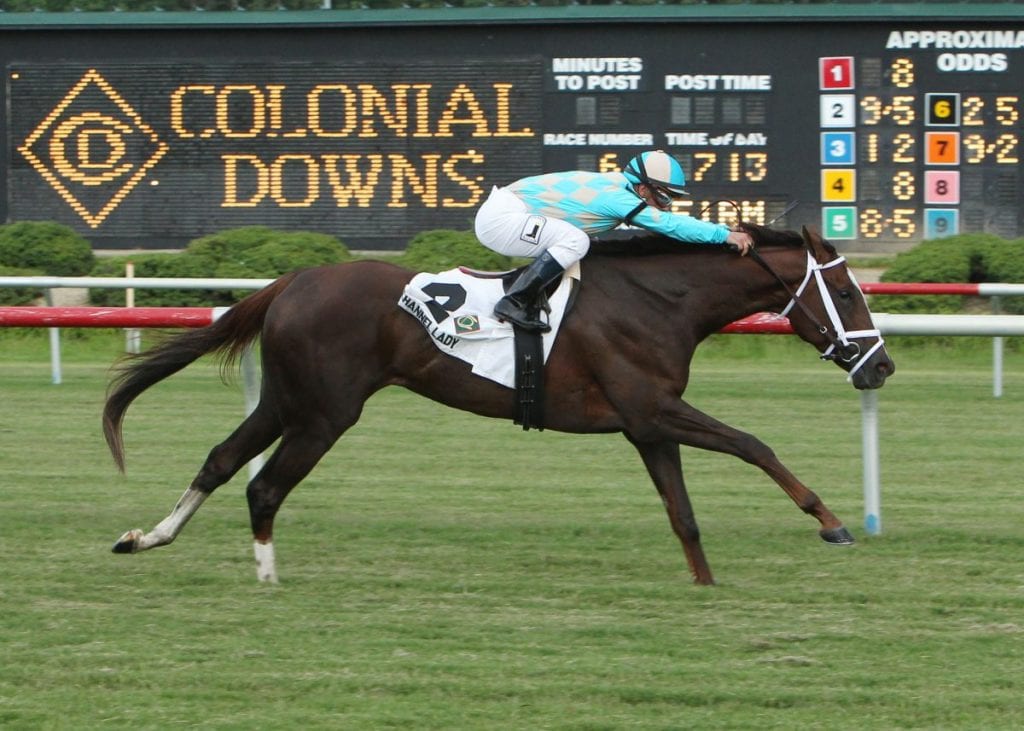 Channel Lady in the 2013 running of the Grade 3 Edward P. Evans All Along at Colonial Downs.  Photo by Coady Photography.

You couldn’t miss the contrast.

On the same weekend that Colonial Downs ran what may have been its last card of live racing, the International Gold Cup steeplechase (and flat) races took place at Great Meadow.

And while a crowd the Richmond Times-Dispatch called “thin but enthusiastic” traipsed out to New Kent to watch the standardbreds, an estimated 40,000 traveled to The Plains to tailgate, occasionally glimpse a race, and even bet from time to time.

Lest you think the difference has to do with Virginians’ lack of interest in standardbred racing, though, keep in mind that the track’s signature event, the Virginia Derby, only rarely drew as many as 10,000 fans.

On the one hand: flat and harness racing with (relatively) robust wagering handle but an aging and diminishing fan base often huddled in outmoded facilities lacking in basic comfort, let alone upscale amenities.On the other: giant crowds converging on steeplechase meetings to tailgate, party, and have a good time — with watching (and betting on) horse racing being only a secondary concern.

You could almost sense the flat and harness racing decision makers looking longingly at Great Meadow and wondering, plaintively, “How do they do it?”  And, given the differences in handle, vice versa.

It’s a good question and one worth asking, because, even though the differences between “racetrack racing” on the one hand and steeplechase on the other are legion, the similarities are, too.  And, while the challenges to growing fan interest in racing are real, and daunting, it’s also true that the stakes — as shown by the continuing decline of Thoroughbred wagering handle — are literally existential.

What’s more, while racing skeptics — something else which is legion — will rightly point out that the very large Gold Cup crowd produced what would by Thoroughbred standards be considered paltry wagering, that’s no reason not to court them.  Indeed, new fans by definition will wager less than the existing, hard-core base; but give ’em time, give ’em time. Plus, the person who doesn’t wager much but attends the race still probably pays for admission, buys a program, eats a hot dog — puts money into the racing economy, in other words — and helps to create a “big game” atmosphere that attracts other people.  Nothing, after all, succeeds like success.

And so, back to the original question, the one that Thoroughbred racing needs to ask itself: How do they do it?