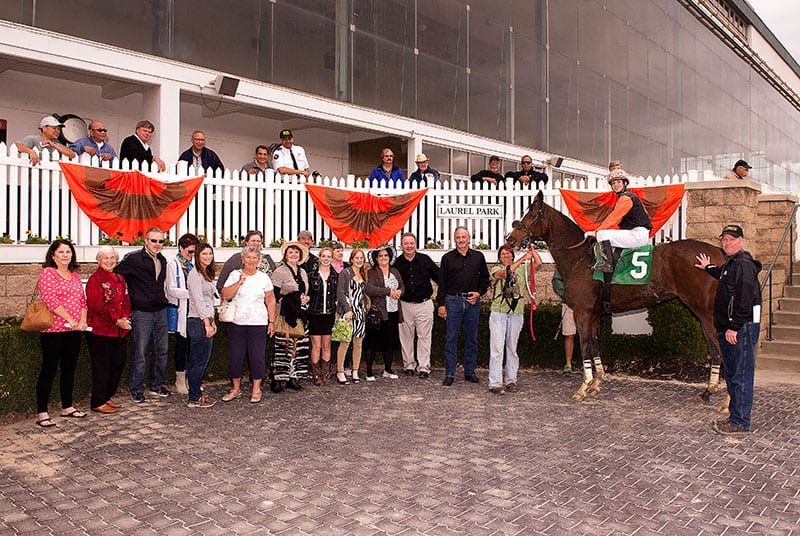 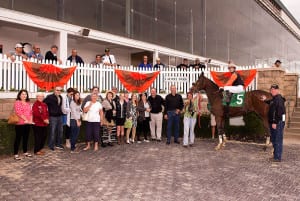 “It doesn’t get better than this,” said Glaser, a 20-year-old native of Buffalo. “I am ecstatic. I can’t believe it.”

Glaser, a graduate of the Chris McCarron’s North American Riding Academy, was riding for trainer Ricky Sillaman, who put her atop the 5-year old Maryland-bred mare. The daughter of Scipion was winning for the second time since being claimed for $5,000 at Delaware Park in July. Her most recent try was a disappointing ninth place finish in the Maryland Million Distaff Starter Handicap earlier this month.

Today Breezy Girl broke with the pack, dropped back steadily until she was last around the far turn before reversing course and mounting a steady run to reach the front in 1:41.83 for one mile over the fast main track. She won by three-quarters of a length over Clouds of Titan and paid $8.40.

“I had a lot of horse left at the quarter-pole,” added Glaser. “I just moved her out wide and she just took off.”

Glaser has been galloping for Sillaman and Hamilton Smith at Laurel Park since September.

“I have a lot of good connections,” Glaser said. “Chris wanted me to come here because the trainers love using the bug and this would be my best chance at a good start. I grew up riding barrel racers and decided I wanted to pursue racing as a career in high school and found out about the jockey school in Kentucky and went as soon as I graduated in 2012.”