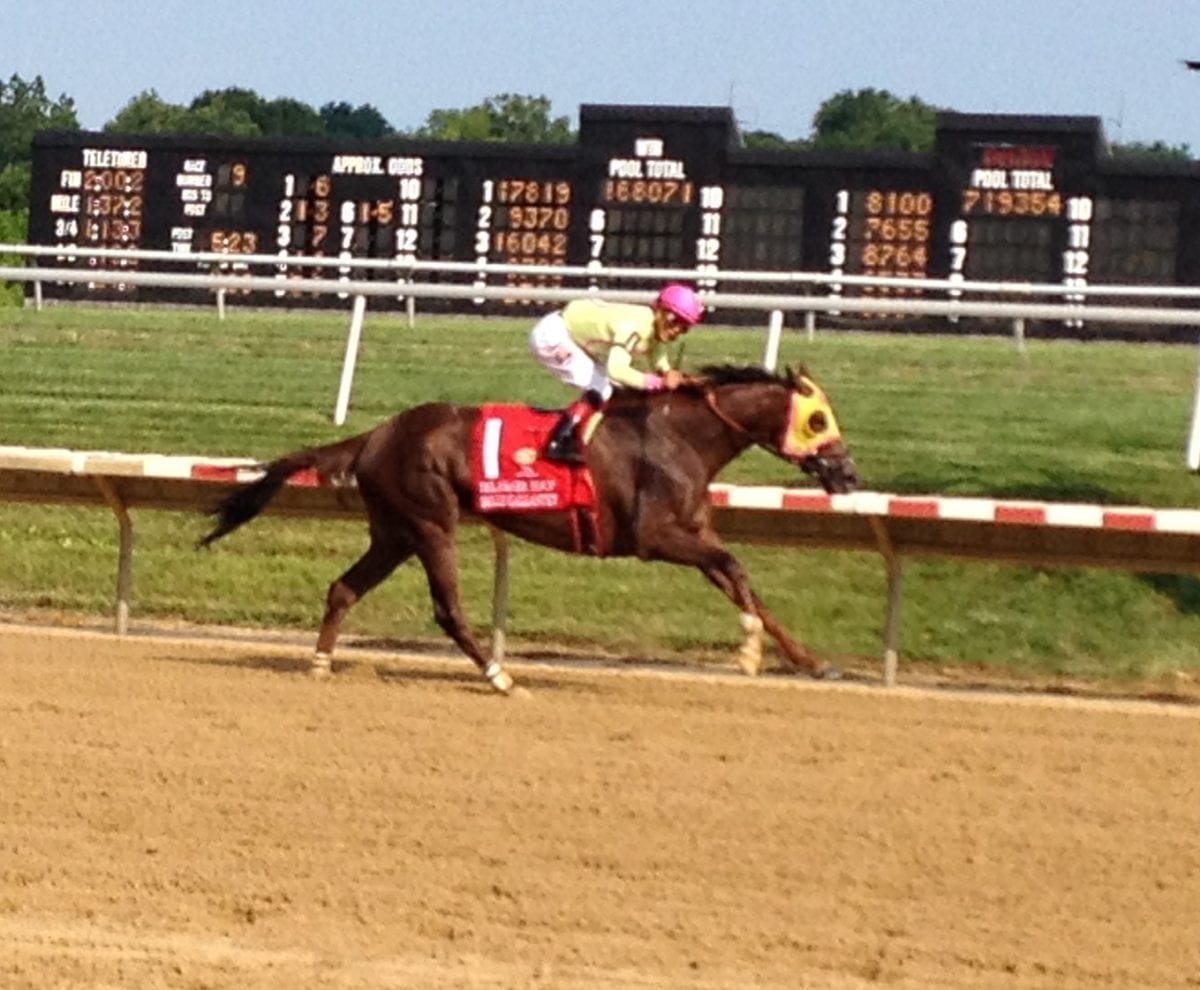 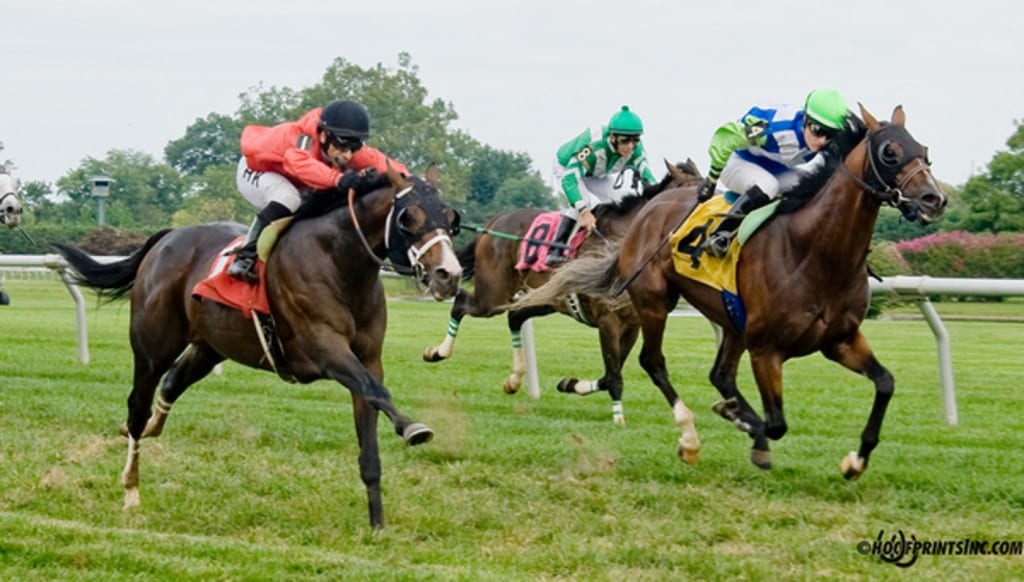 Other Cheek (inside horse). Photo by HoofprintsInc.com.

The 77th season of live racing at Delaware Park concluded with mixed results on Wednesday, October 22. On a positive note, the winner of the Delaware Handicap emerged as a leading contender in the Distaff division for the fourth consecutive year. However, average daily all-sources handle declined as compared with the 2013 season.

The Delaware Handicap was run as a Grade I race for the second time since 1989. On July 12, Michael Dubb, Bethlehem Stables, and Gary Aisquith’s Belle Gallantey, posted an upset victory over the heavy favorite, Princess of Sylmar, in the filly and mare summer classic. The 5-year-old daughter of After Market, conditioned by Rudy Rodriguez, followed with a victory in the Grade I Beldame at Belmont Park, which stamped her as one of the leading contenders in the Breeders’ Cup Distaff set to be run on October 31.

“Once again, the Delaware Handicap has proven to be a pivotal stepping stone on the road to the filly and mare championship,” said John Mooney, the Executive Director of Racing. “We are very proud of the unique and special history of our signature race and especially proud of the success that past runners have enjoyed in national races. I congratulate the connections of Belle Gallantey on the 2014 Delaware Handicap victory and wish them the best of luck in her race to be named the filly and mare champion.”

“Purse reductions due to the increased casino competition in the Mid-Atlantic region and the continued foal crop decrease have continued to make things challenging,” said Mooney. “Despite those challenges, we had a very exciting meet in 2014 and we have much to look forward to next year. The combined handle on the Delaware Handicap and Delaware Oaks cards improved dramatically and there were significant memorable moments on the track, as well. We will continue to explore every option to strengthen our racing product in the current environment.”