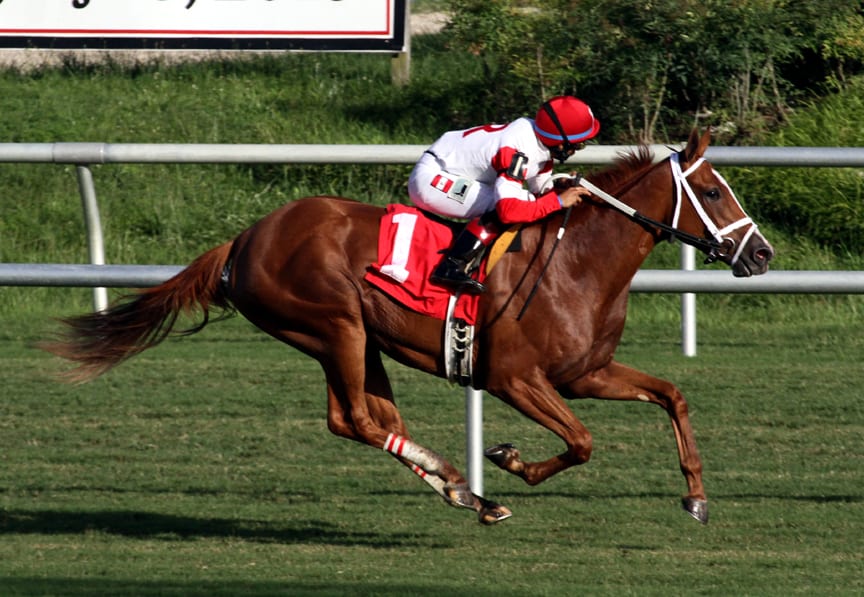 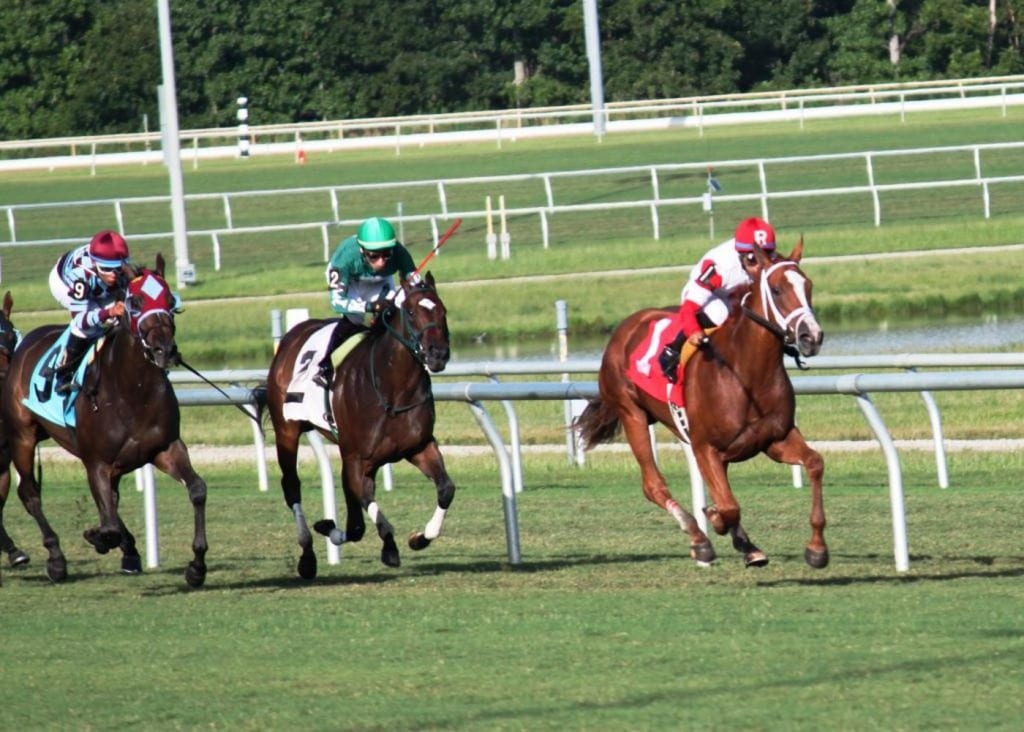 Among the 201 pre-entries for next weekend’s Breeders’ Cup races, just a pair were bred in New Jersey, Pennsylvania, Maryland, Delaware, Virginia, or West Virginia.

Those two are Thank You Marylou in the Filly and Mare Sprint and Combat Diver in the Juvenile.

Thank You Marylou is a Virginia-bred daughter of Birdstone-Menifeeque, by Menifee. She was bred by her owners, Ken and Sarah Ramsey, and is trained by Michael Maker.  She’s won three of nine career starts with earnings of over $300,000, and she earned a flashy six-length win in the Grade 3 Dogwood at Churchill Downs last month.  She has also placed in three graded events.

Combat Diver, bred in Maryland by Dark Hollow Farm, is a son of Line of David out of the Flatter mare Safe Journey.  He has won one of his two career starts, both in maiden special weight company at Belmont Park.  Most recently, the Gary Contessa trainee, who is owned by Wounded Warrior Stables, registered a nose victory to earn his diploma.

Several other pre-entrants have a variety of mid-Atlantic connections.  Among those are two horses trained at Monmouth Park by Kelly Breen and two trained by Graham Motion at Fair Hill.