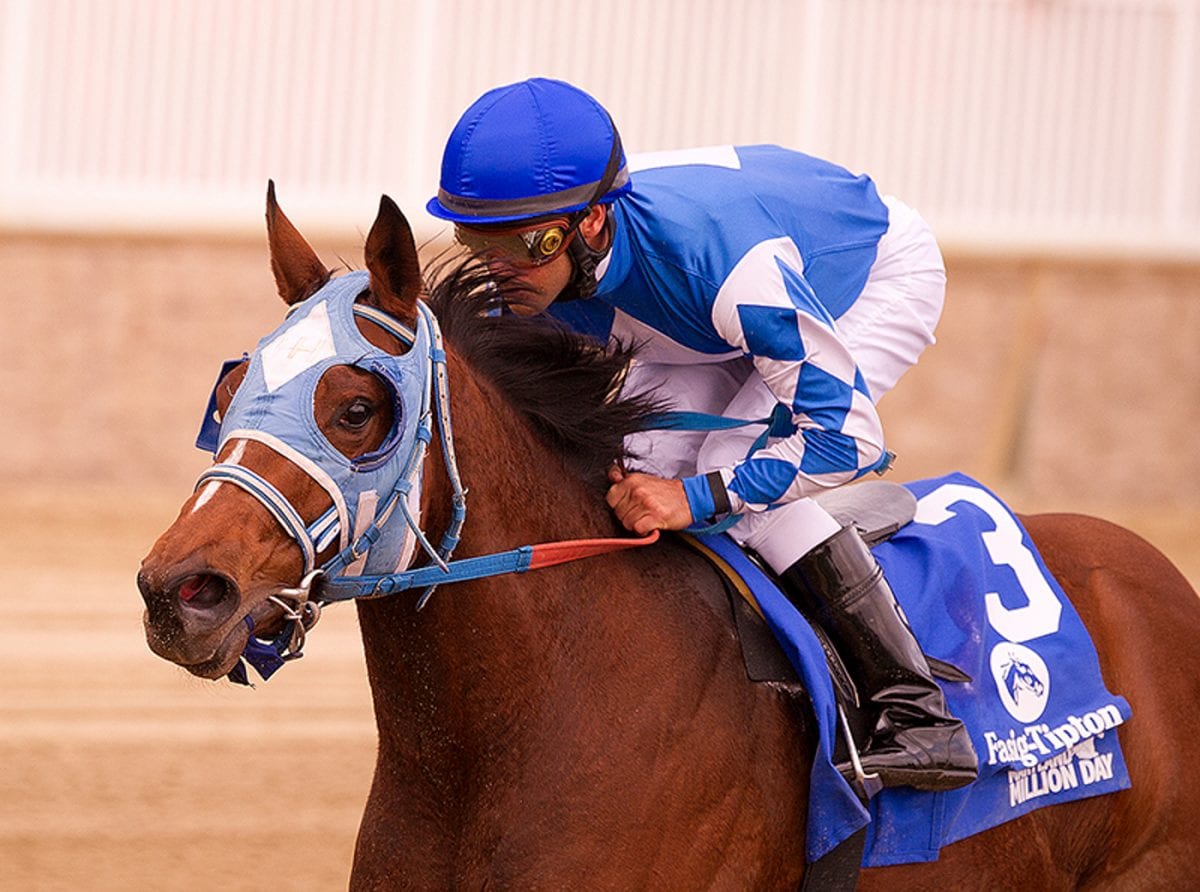 Jerry Robb had two early chances to win a Maryland Million day race.  He sent out the favorite in the day’s first, the Nursery, for two-year-olds.  But that horse, Joint Custody, ran second to It’s a Bang.

His last runner, In the Juice, figured to be a longshot.

That left Jonesin for Jerry, a two-year-old filly by Great Notion, out of the winless Langfuhr mare Derwin’s Lady, to carry the stable’s flag in the Lassie, for two-year-old fillies.  Fortunately, she proved up to the task.

By Maryland Million day 2013, Jonesin for Jerry had already made a half-dozen starts, two of them victorious, and she’d run second in the restricted Small Wonder Stakes at Delaware Park.

Which isn’t to say she was exactly calm.

Fortunately, jockey Abel Castellano was able to convince the filly to settle, and she rated a bit off the pace in third.  Steered to the outside, she moved quickly to assume command some three furlongs out and cruised to a 5 1/2 length win as the 1-2 chalk.

The victory was Robb’s seventh on Maryland Million day, tying him for fourth among all trainers.  It was also his third Lassie triumph.  It also gave the filly’s sire, Great Notion, wins in both of the card’s juvenile events. 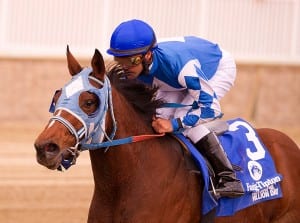