Is horse racing going to the dogs? 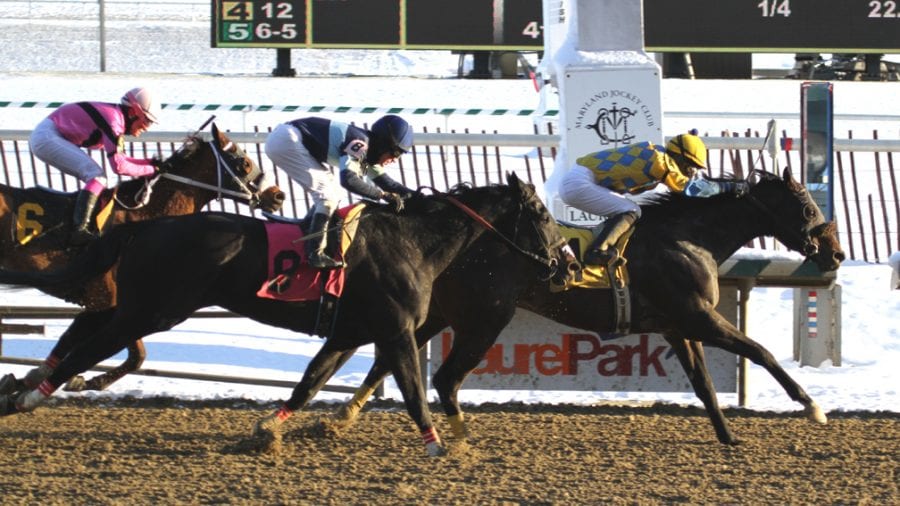 Is horse racing going to the dogs?

Wonderland Greyhound Park was a greyhound racing track located in Revere, Massachusetts.  Wonderland opened on June 12, 1935.   In its heyday it offered 361 performances during its 100-day, April to September racing period.    As a result of a state-wide ban on dog racing which took effect on January 1, 2010, the track then offered simulcast wagering but completely closed its doors on August 19, 2010.

In Iowa the Governor signed into law a measure that allows Mystique Casino to cease greyhound racing operations at the end of 2014 but allows an industry group to continue races at the track.

The tracks were required to race greyhounds under a previous agreement signed in 1994.  Interestingly the Iowa bill allows casinos to offer simulcast racing on dog and horse races without providing a portion of that revenue to the horse racing industry.

“When decoupling passes, it will lead to a slow and gradual end” of the industry, said Carey Theil, executive director of the anti-dog racing group Grey2K USA.  Decoupling is an effort to sever the relationship between casino revenues and racing purses — according to The Blood-Horse, gaming revenues now account for more than one-third of horse racing purses — which could cripple racing.

Decoupling has created an alliance between racetrack casino operators, who see dog racing as a burden, and animal rights groups out to end greyhound racing altogether. The animal rights groups say the races and the training are cruel.  It further contends poor performers are euthanized.

Meanwhile, money bet at thoroughbred tracks dropped from just over $15 billion in 2003 to less than $11 billion in 2013, according to the Jockey Club, an industry clearinghouse.  In the face of that, and given the rising contributions of slots to racing purses, it’s clear that in many places casino revenues are now the lifeline of the horse racing industry.

Those present to witness the spectacle of Penn National Gaming vice president Steve Snyder’s appearance before the Maryland Racing Commission in 2010 would have little difficulty acknowledging that racino operator’s antipathy towards horse racing.  Its purchase of Rosecroft has done little to save harness racing in Maryland.  The grandstand at Charles Town, also owned by Penn National Gaming, feels out-of-date while the casino on the opposite side of the grandstand doorway appears 21st century, modern and exciting.

Suffolk Downs recently sent out  notifications to employees that it will not seek a racing license for 2015 after the current season ends on October 4, meaning layoffs for hundreds of employees as well as loss of income for hundreds more horsemen who derive their income from the track.  The state Gaming Commission’s decision to license an independent casino over a Mohegan Sun casino at Suffolk Down was Suffolk’s death knell. The  track hasn’t turned a profit since 2006.  Horse racing had taken place at Suffolk for 79 years.  It will continue to offer betting on simulcast racing until it closes in November or December.

In Massachusetts it took just four years from the demise of dog racing until the death of thoroughbred racing.  In Maryland the standardbred industry is all but dead.  In Delaware and West Virginia declining casino revenues have led to purse cuts and/or a decline in race dates.   Pennsylvania and New York legislatures seem to annually debate so called thoroughbred subsidies.  Virginia’s brief tenure as a host of thoroughbred racing may be over.

With purses in Maryland climbing it is easy to be optimistic about the future of Maryland racing.  Yet, looking at all that’s happened around the country, it’s hard not to wonder: Is thoroughbred racing’s demise simply running a few years behind that of greyhound racing or in Maryland’s case the demise of harness racing?

PETA has for some time taken issue with the existence of thoroughbred racing.  They infiltrated trainer Steve Asmussen’s barn and the result made headlines.  When animal rights folks, whose criticisms are not entirely unwarranted, team with racino owners, the end of thoroughbred racing as we know it may not be far behind.

Richard Hackerman is an owner and breeder in Maryland.