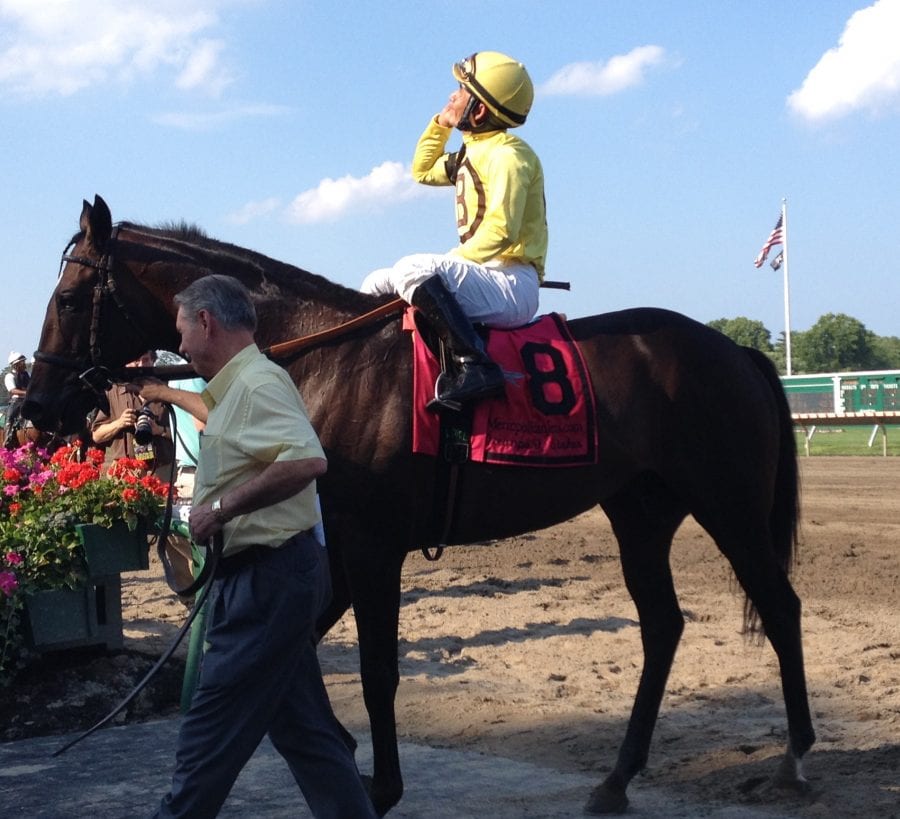 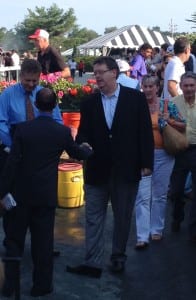 Fredericksburg did all the work in this afternoon’s Grade 3 Oceanport Stakes.

Under Paco Lopez — in the midst of an absurdly productive Monmouth Park meet with 88 wins already — the seven-year-old Grand Reward horse saved ground within handy striking distance of the lead, angled out in the lane and rolled to a one-length victory.  Fredericksburg, who led at every point of call but the last, held second; Under Control was third.

For Guys Reward, it was the second graded win of his 2014 season, and the winner’s share pushed his career earnings past $750,000.  He was won nine of 46 career starts.

“He’s just a good-old hard campaigner,” said winning trainer Dale Romans.  “When the horse is right, he gives you his all, and he did today.”

For Lopez, who has 50 more wins than his nearest pursuer, it was yet another notch in his well-notched Monmouth Park belt.  Yet while the jock — who won the 2008 Eclipse Award as outstanding apprentice — knows how to rate and how to rally, how to time a ride and find a seam, there was one thing he was foggy on: the sex of the horse he’d just ridden to victory.

“Today she had a little speed,” he observed.  “I asked him to run and I knew I had a lot of horse.”