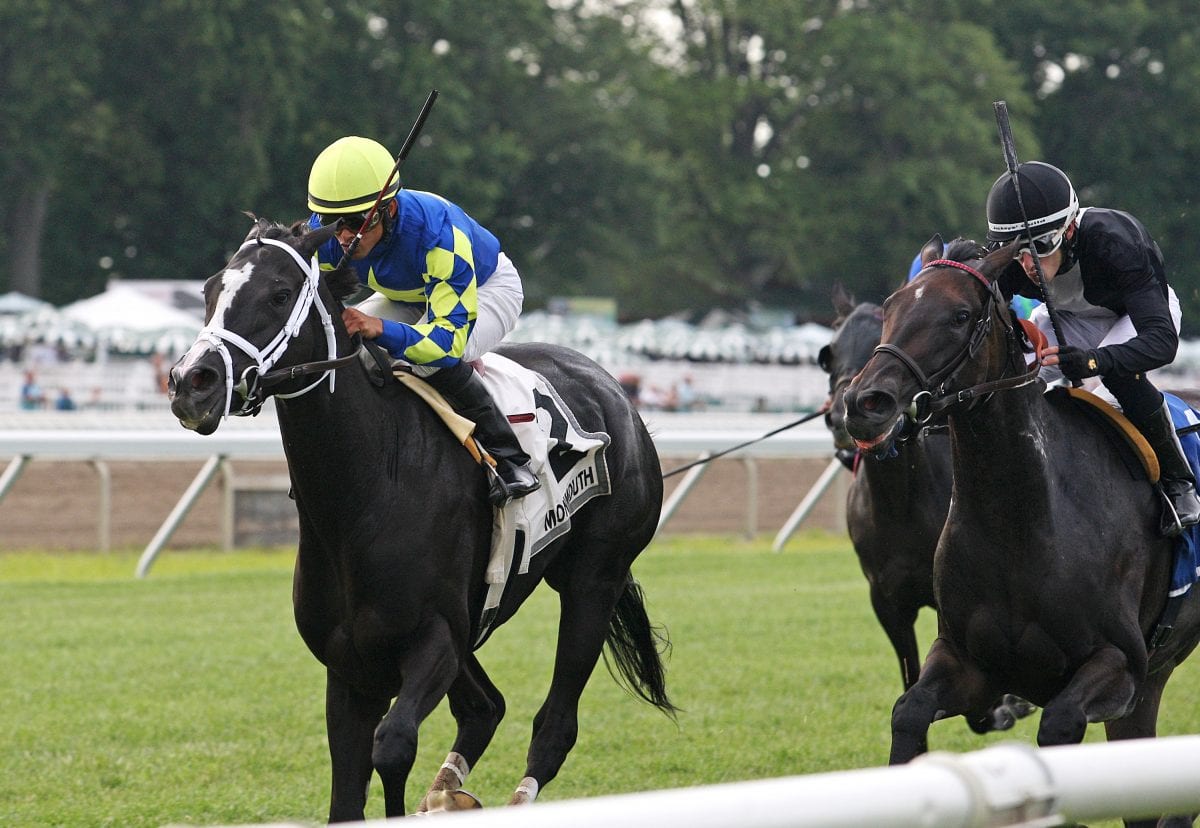 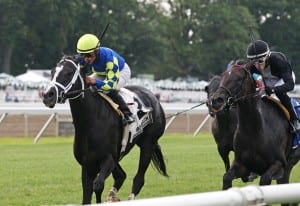 Patsy’s Holiday comes on to win the Desert Vixen. Photo By Bill Denver/EQUI-PHOTO

News and notes from the weekend’s mid-Atlantic racing:

[quarter]Patsy’s Holiday[/quarter][three_quarters]Patsy’s Holiday came home fast to post a half-length victory in the $60,000 Desert Vixen Stakes for three-year-old fillies at Monmouth Park.  It was the first stake win — and fourth victory overall — for the daughter of Harlan’s Holiday.  Trained by Todd Pletcher for Starlight Racing, she was fifth among the 11 runners with an eighth to go but flew home to get the money.  “I was just waiting to make my move,” said winning jockey Pedro Cotto, Jr.  “Turning for home I swung her out and she finished up real strong.”[/three_quarters] [quarter]Stormy Novel[/quarter][three_quarters]Stormy Novel moved quickly to the lead rounding the turn and then held off all pursuers to win the Miss Woodford Stakes for three-year-old fillies sprinting on the Monmouth Park dirt.  “I might have moved a little early around the quarter pole but she kept running from there,” said winning rider Kendrick Carmouche.  “I heard them coming at the end, but she never stopped.”  It was the first stakes win for the daughter of Bernardini, who is trained by John Servis for Cam Allard.[/three_quarters] [quarter]Miss Rockport[/quarter][three_quarters]Bettors made Miss Rockport, a two-year-old daughter of Rockport Harbor, 1-9, and she did not disappoint in a maiden special weight event at Parx Racing..  Bred in Pennsylvania by D.J. Stable, she is trained by Bernie Houghton for Tom McClay.  Miss Rockport posted a 3 3/4 length victory over firster Then And Now.  Another firster, French Magician, the second offspring of Street Magician to reach the track, finished third.[/three_quarters]