Untapable slated to arrive at Monmouth on Thursday 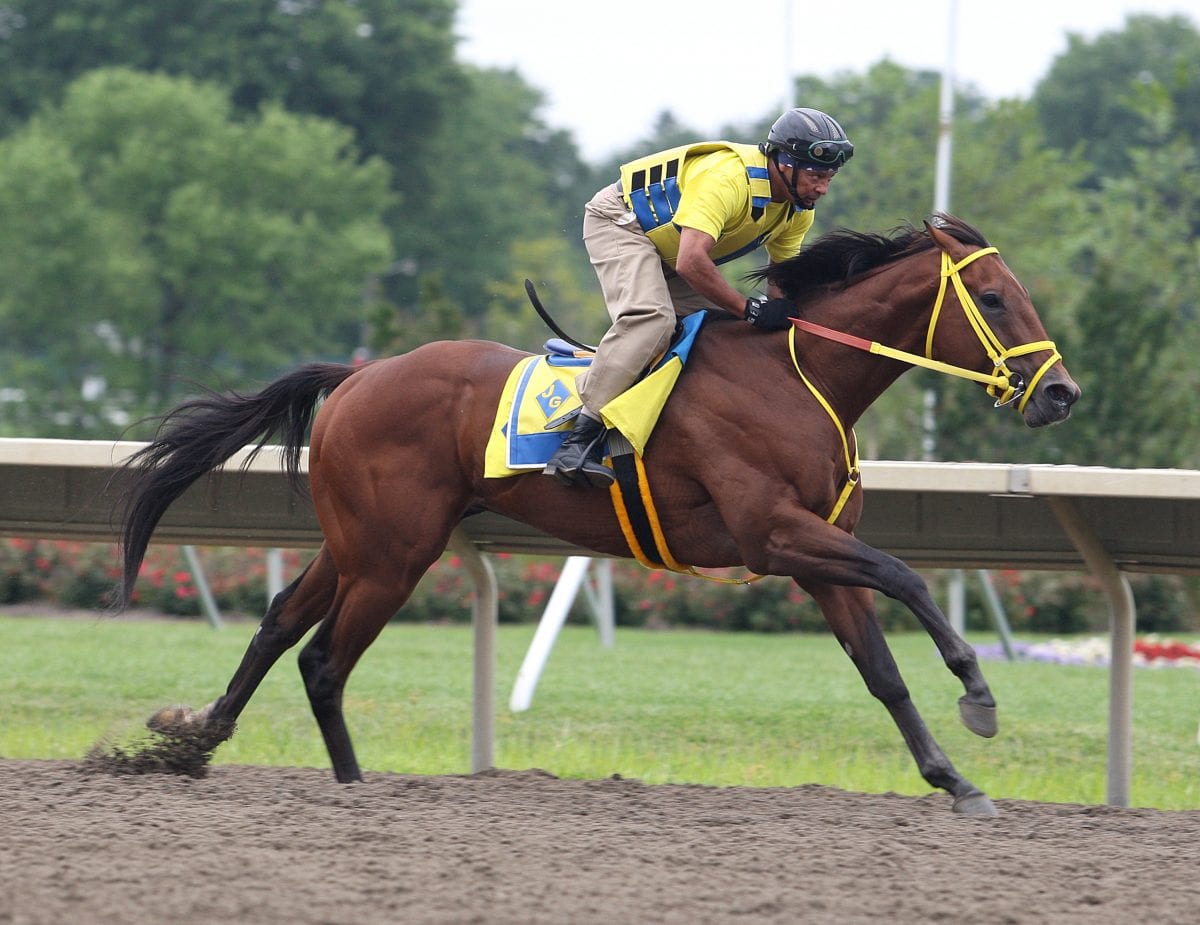 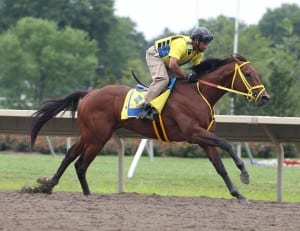 Untapable, who is a perfect four-for-four in 2014, put in her final breeze for Sunday’s $1 million William Hill Haskell Invitational on Monday morning and her connections plan to send the undisputed top 3-year-old filly in the country to Monmouth Park on Thursday.

“So far everything is good. She cooled out good,” said Darren Fleming, the assistant to trainer Steve Asmussen. “She’s on schedule to ship in on Thursday morning.”

Untapable, racing in all graded stakes this season, has won her outings by a combined 31 lengths and notched the Kentucky Oaks (G1) and Mother Goose Stakes (G1) in her last two starts. When she takes on a contentious field in the Haskell, it will be the filly’s first try against males, but Asmussen is no stranger to crossing that line.

In 2009, he sent Kentucky Oaks and Preakness Stakes winner Rachel Alexandra to Monmouth Park for the Haskell and she cruised to a 6-length victory on her way to Horse of the Year and champion 3-Year-Old Filly honors. Now Untapable will try to become only the third filly to win the Haskell and join Hall of Fame member Serena’s Song (1995) in the record books.

“It worked out pretty well for Rachel. There are no compunctions about sending her to the Haskell,” Fleming said.

Untapable, an earner of $1,302,725 from six wins and one third in eight starts, spent the winter at Asmussen’s base at the Fair Grounds, where she took the Rachel Alexandra Stakes (G3) and the Fair Grounds Oaks (G2). Relocating to Churchill Downs in the spring and then traveling to Belmont Park for the Mother Goose proved no problem.

“We hope she settles in good. She did when she shipped to New York,” Fleming said.

Untapable is out of Fun House, another Winchell homebred who incidentally was bred back to North America’s leading sire Tapit on the morning of the Kentucky Oaks. Fun House, termed a “superstar broodmare” by her owner, has a well-earned reputation for being all business. Like mother, like daughter.

“Untapable likes to be by herself and doesn’t like a lot of attention from people. She can be warm and fuzzy, but only when it’s her idea,” Fleming said.

Regular rider Rosie Napravnik, who was replaced in the irons for the Mother Goose by John Velazquez while she was sidelined with a shoulder injury, will be back aboard for the Haskell. In 2013, she finished second on Power Broker in the Haskell and won the $200,000 Molly Pitcher (G2) on Joyful Victory and the $150,000 Matchmaker (G3) on Starstruck on the undercard.

Likely to face the filly Untapable in the mile and an eighth Haskell are Albano, Bayern, Encryption, Irish You Well, Just Call Kenny, Medal Count, Social Inclusion and Wildcat Red.  The field for this year’s 47th renewal of the Haskell will be drawn at noon on Thursday, July 24.