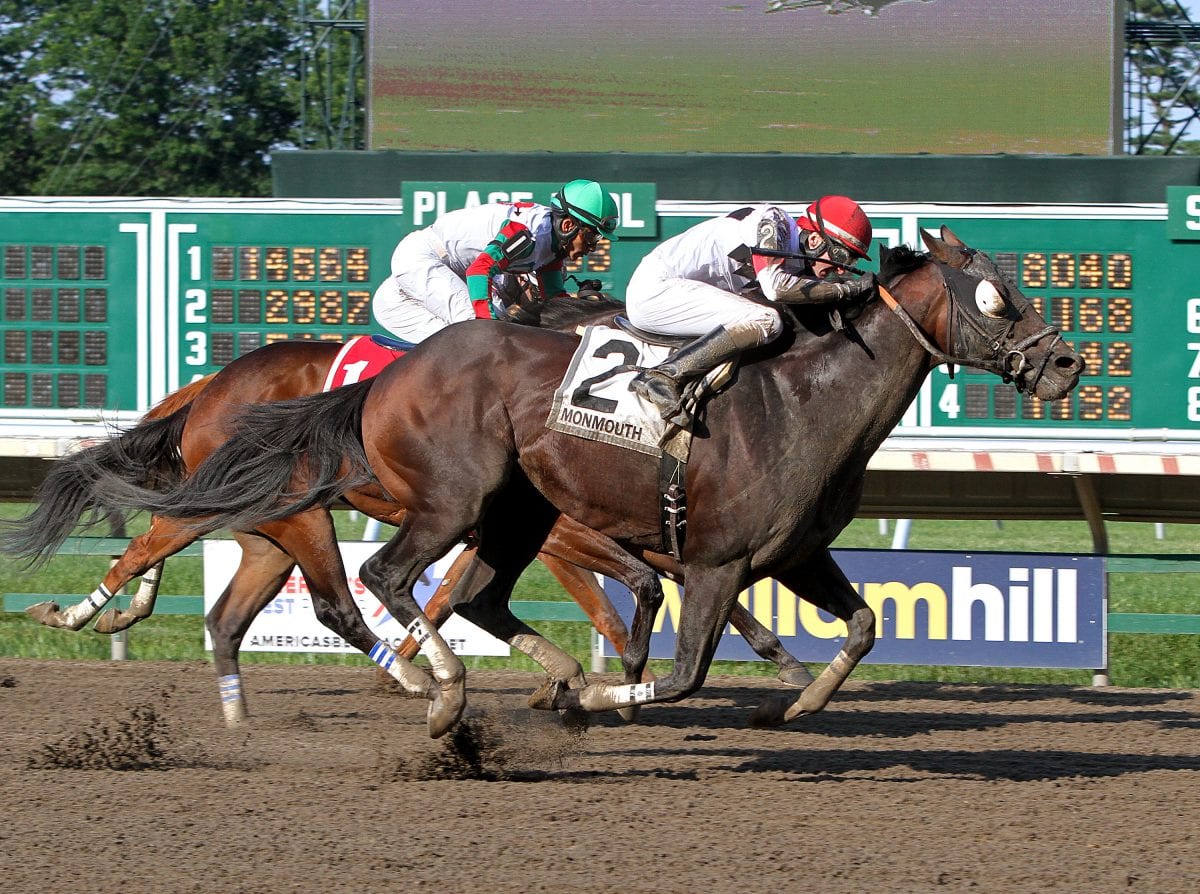 The hard-hitting Ribo Bobo figured to be the main (mane?) attraction in the weekend’s mid-Atlantic racing.  But the rugged six year-old ran into trouble early and late in Sunday’s Mr. Prospector Stakes at Monmouth Park and would up settling for second in the $75,000 event.

Instead, it was Cherokee Artist, a nine year-old son of Cherokee Run, who stood for the win photo.

Ribo Bobo broke alertly in the six-furlong test but was outsprinted to the front by Evolution Rocks, to his outside.  Evolution Rocks, under Gabriel Saez, came over to secure the rail. putting Ribo Bobo, with Paco Lopez, in tight and forcing him to steady.  Ribo Bobo tipped outside of Evolution Rocks to give chase, and those two zipped through splits of 21 3/5 seconds and 43 4/5.

Ribo Bobo took the lead in the stretch, but Cherokee Artist, with Trevor McCarthy up for trainer/owner David Jacobson, rallied outside to win by three-quarters of a length.

“I knew there was a lot of speed in the race so I just wanted to settle off the pace and gear up for one run,” said winning jockey Trevor McCarthy.  “We were able to save all the ground and he really took off in the stretch.  Ribo Bobo is a tough horse to run down, but we were able to do it today.”