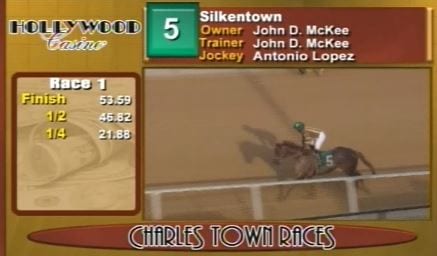 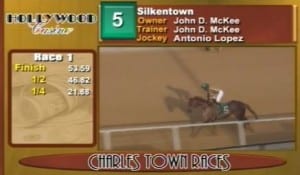 Silkentown, making the ninth start of her career, tracked dueling leaders from fourth place under rider Antonio Lopez early in the 4 1/2 furlong maiden claiming event.  She came three wide rounding the turn, engaged with leaders Ghazi’s Stone and Utter Drama in the lane, and narrowly proved best.  The three year-old filly (Speightstown-Starry Pursuit, by Van Nistelrooy), who is also owned by McKee, now has a career mark of 9-1-3-1 with earnings of $22,410.