For Ride On Curlin, not quite Preakness deja vu 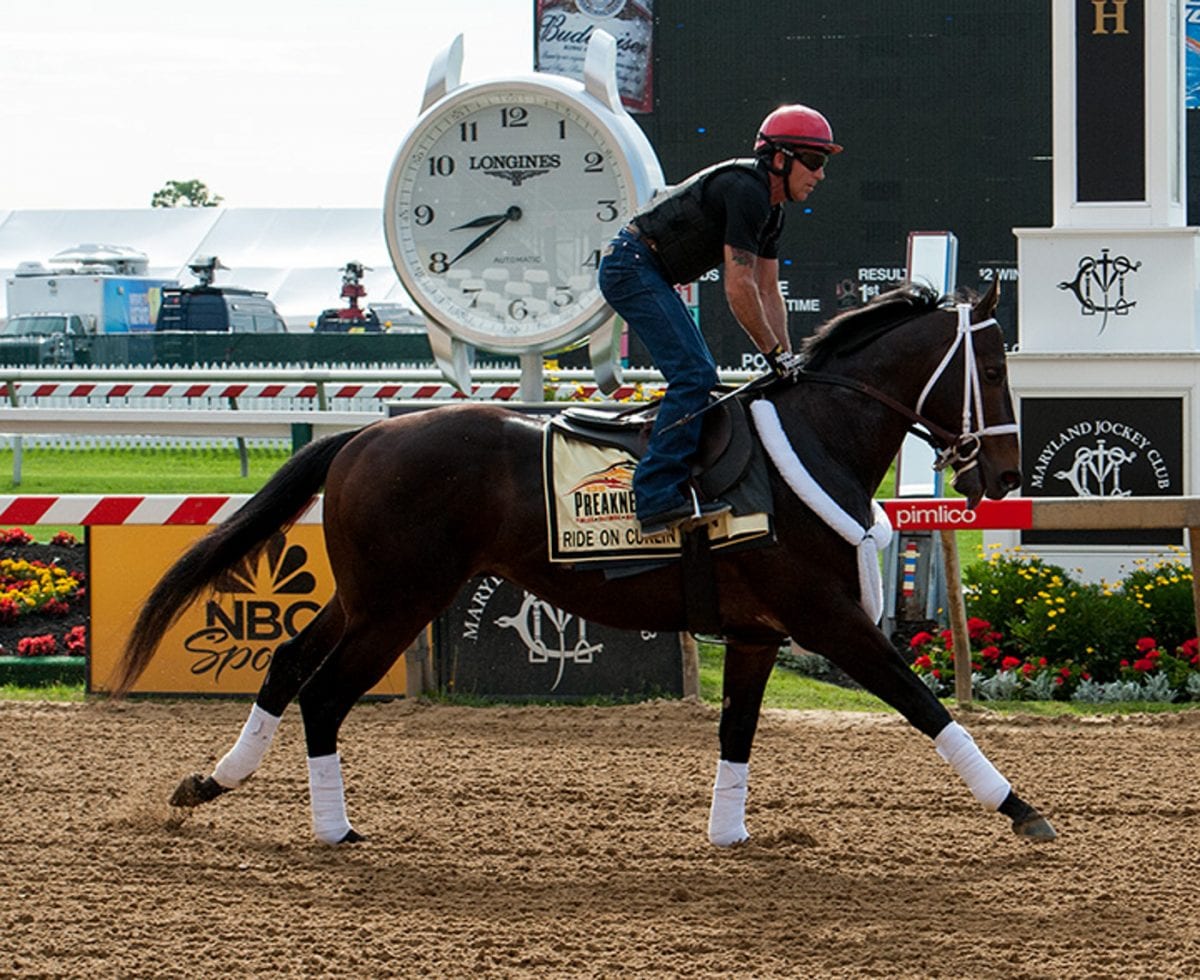 At the eighth pole it was deja vu in Saturday’s Preakness, but inside the sixteenth it was a different outcome.  Curlin was coming, but this time, he didn’t get there. 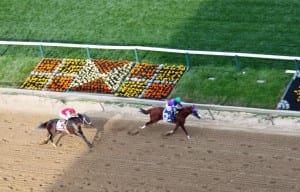 Just outside the 1/16th pole, Ride on Curlin is coming – but time is running out. Photo by Nick Hahn.

“We had a good race.  My horse ran really well,” said Ride On Curlin’s jockey Joel Rosario.  “I thought that I had him and we were going strong, but if I got beat, I wanted it to be California Chrome, because he is a great horse.  I know my horse is, too.”

Ride On Curlin’s trainer Billy Gowan also thought history might repeat itself.  In the 2007 “middle gem,” Curlin prevailed by a head in a thriller that that announcer Tom Durkin said was “Too close to call! Too close to call!”

At the eighth pole, Ride On Curlin was cutting into the three-length margin willingly under the whip.  Problem was, Gowan’s horse was full out, California Chrome still seemed to have something in reserve, and the wire was fast approaching.

When the the timer stopped at 1:54.84, 1 1/2 lengths still separated Gowan’s colt and California Chrome.

As in Curlin’s Preakness, the son of Curlin fell back after breaking from the #10 starting gate.   Curlin was seventh in a nine-horse field a half-mile out of the gate.  Ride On Curlin was ninth in a ten-horse field.

“I was hoping he would have a little been a little closer.  I wish he would have been a tad closer,” said Gowan.  “You can’t take anything away from California Chrome.”

Nor can you take much away from Ride on Curlin.  The colt, owned by Daniel Dougherty, is certainly well-bred.  By Curlin, Ride On Curlin is out of the graded stakes-placed Storm Cat mare Magical Ride. 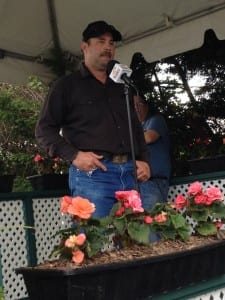 Trainer Billy Gowan addresses the media earlier in the week. Photo by The Racing Biz.

“I hope he’ll make $10 million like Curlin did,” said Gowan.  “He doesn’t look anything like him.  He has more Storm Cat in him than he does Curlin to me, which that isn’t bad either.  He looks like the Storm Cat line.  He’s just a fighter.  He’s got a lot of fight in him, a lot of heart.  He gets that from both top and bottom.”

Dougherty appreciates the talent of California Chrome.  With the middle gem winner gazing at the activity outside his #40 stall Sunday morning at the Pimlico Stakes barn, Dougherty gave California Chrome a congratulatory pat as he walked by talking on his cell phone.

For the near future, Ride On Curlin plans to keep pretty close to California Chrome.  They will be shipping together to New York on the same van on Tuesday morning.