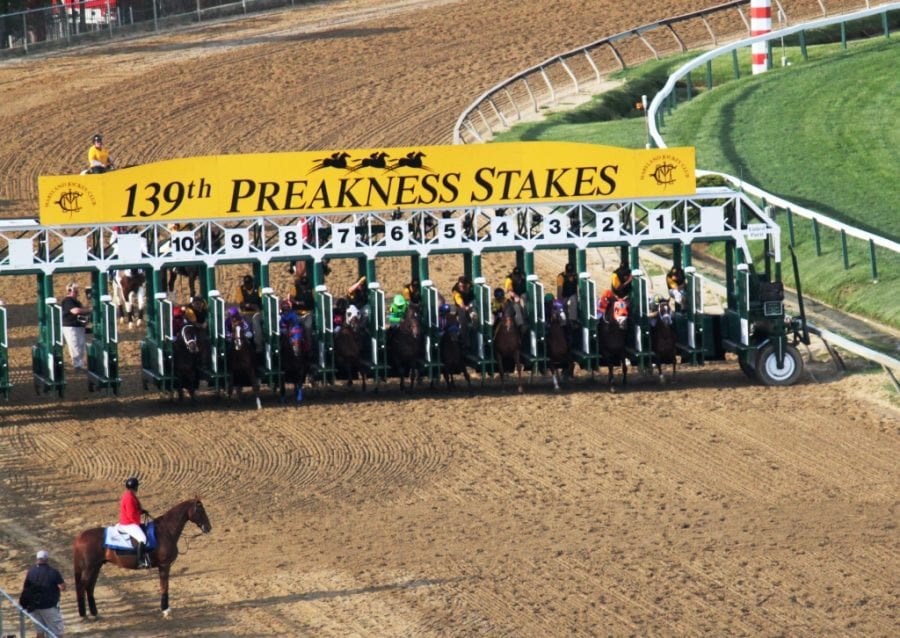 From a Maryland Jockey Club release with additional reporting

At his annual post-Preakness media session this morning in the Pimlico winners’ circle, Maryland Jockey Club president Tom Chuckas addressed the potential of moving the date of the Preakness Stakes (G1). Last week, Chuckas told print reporters he wanted to change the spacing of the Triple Crown.

“I respect tradition but I also think tradition cannot impede the growth or betterment of the industry,” Chuckas said. “When we get our most attention we tend to consolidate which is not beneficial to the Thoroughbred industry as a whole. People might say you will have to put an asterisk by the horse who wins the Triple Crown under these conditions. This schedule has changed often so the bottom line is you don’t have to put an asterisk. If you take a look at the NFL, NBA, MLB and NHL, all of them have gone through transformations with wild card additions and scheduling changes but do you really believe there should be an asterisk by the Seattle Seahawks because they won the Super Bowl under different conditions that the Green Bay Packers in Super Bowl 1? I don’t think so.”

“The philosophy of the trainers has drastically changed over the years,” added Chuckas. “It is hard for them to bring a horse back from the Derby in two weeks and run a horse three times in a five-week period. Most of them will not do it. But this idea is not just for the Triple Crown races. We have an obligation to the public to put our best racing on the table when the world is watching and we are not doing that. We could promote a Woodford-Dixie-Manhattan series for older turf stars and Triple Crown filly series with the Kentucky Oaks, Black-Eyed Susan and Acorn. All those things are possible but is going to demand a collaborative effort between the parties to make this happen.”

In a Preakness day meeting with reporters, Chuckas, specifically pointing to the possibility of series of turf and filly races, said, “If you can work collaboratively, I think you can do something very, very special.”

“If we don’t put the best product on the field,” he added, “we’re in trouble.”