Who is Kid Cruz?

Although not technically a Maryland horse, Kid Cruz has plenty of experience competing in the Free State and will merit plenty of respect this weekend. This Lemon Drop Kid colt, trained by Linda Rice for owners Vina Del Mar Thoroughbreds and Black Swan Stable, has won his last two starts against stakes company in Maryland, taking the Private Terms at Laurel Park in March then the Federico Tesio at Pimlico.

What they’re saying about Kid Cruz

“He’s sharp and he’s ready for a race,” said Rice, who claimed the colt off of trainer Bill Mott for $50,000 at Aqueduct last fall. “It’s a very prestigious race and it’s very exciting to have a horse go to the Preakness that deserves mention. Frankly, I’m really not interested in going to a race unless I think we have a legitimate chance. We were not able to consider the Kentucky Derby because we didn’t have enough points to get into it. We ran him in the Tesio in hopes of making the Preakness. It’s going to be a big step up in competition from his previous stakes, but at this point I’m excited about giving it a try.”

In each of his last two starts, Kid Cruz has displayed a serious late kick and now he’s getting to run an eighth of a mile farther than he did in the Tesio. He also arrives with a stakes win over the track and captured the Tesio despite chasing incredibly slow fractions that should have enabled the front runners to sprint clear. But instead Kid Cruz unleashed a late kick that was contrary to the pace scenario; what figures to be an honest tempo in the Preakness will enhance his chances.

As Rice indicated, the Preakness is a giant step up in class for a horse that has two ungraded stakes to his credit and has never attempted graded company; he was a longshot in the G1 Wood  Memorial but scratched with a minor injury.  While naysayers point to the slow time that California Chrome posted in the Derby over a fast Churchill Downs strip, the knock against Kid Cruz is similar.  He completed the Tesio – albeit hindered by slow fractions – in a pedestrian 1:47 for the one-mile and one-sixteenth, and that leads to the question going around the backstretch about this horse: He’ll be running late, but will he be good enough to catch the top horses? 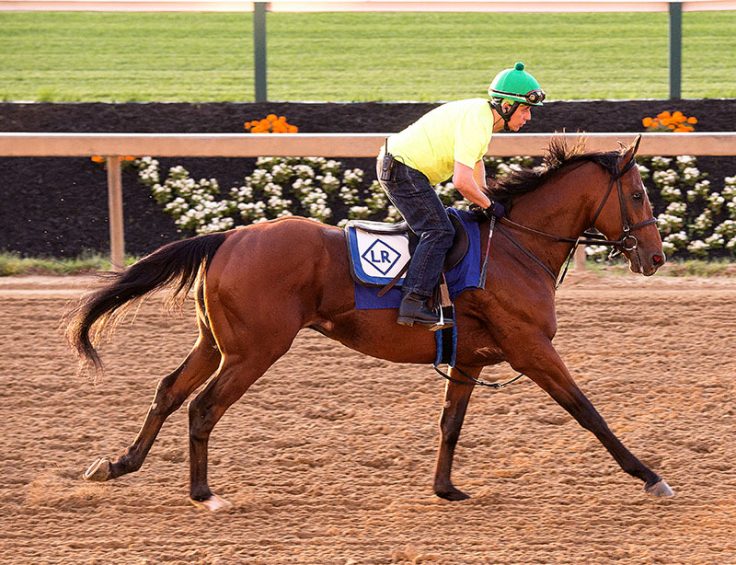 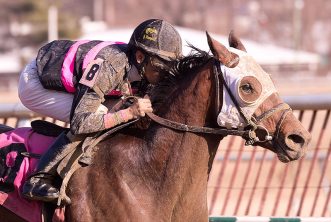 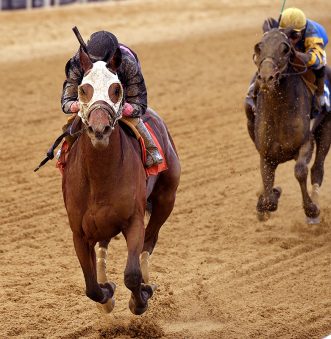 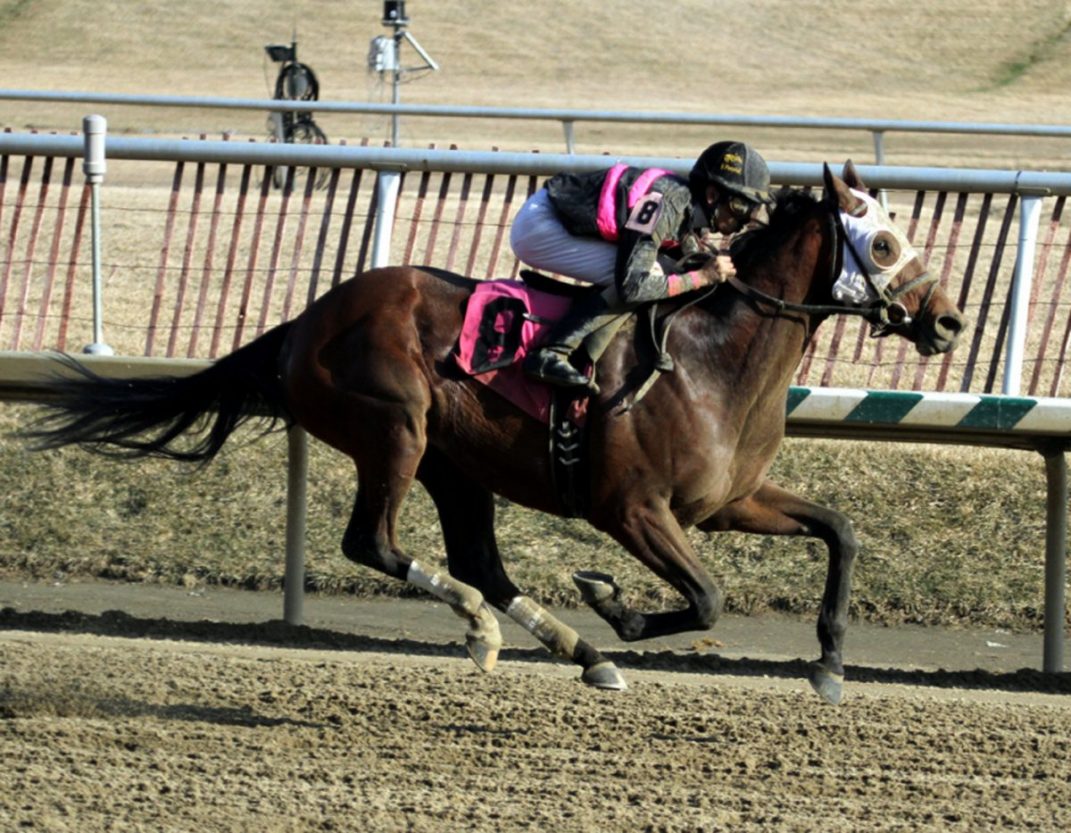 Kid Cruz, here winning the 2014 Private Terms at Laurel, takes on a salty crew in the Mountainview Saturday at Penn National. Photo by Laurie Asseo.