At Virginia Racing Commission, “no more time for delay” 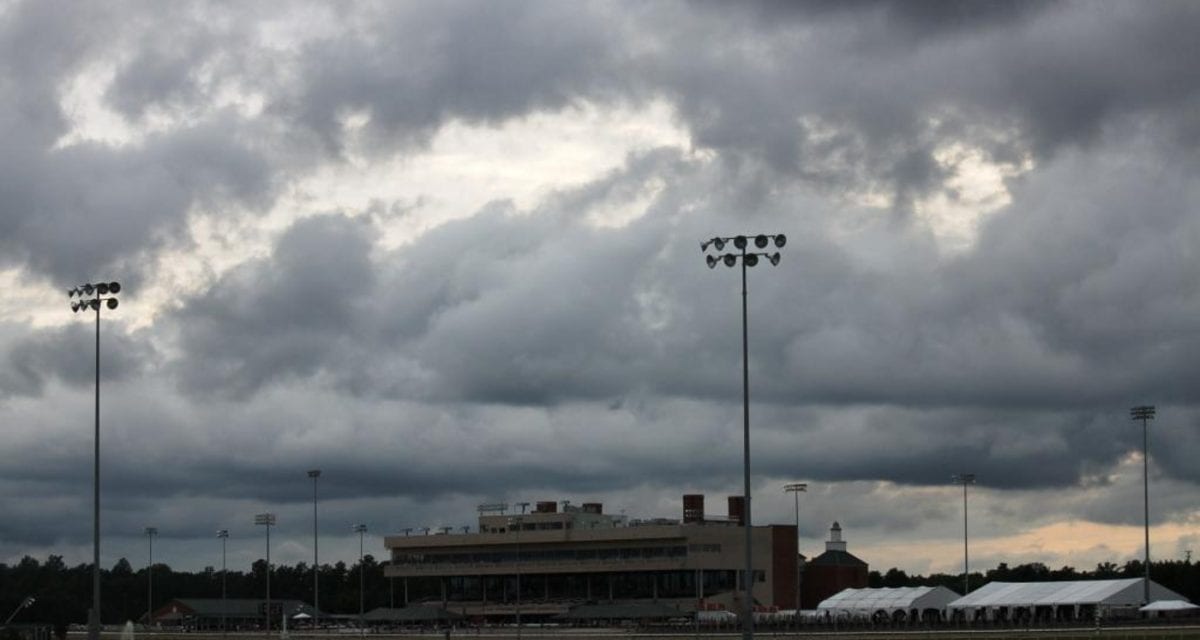 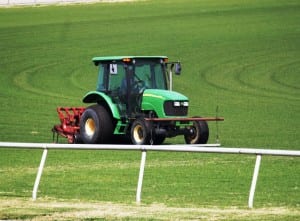 Virginia’s negotiations have thus far moved with all the speed of… well, you get the picture. Photo by Nick Hahn.

Like the slow moving vertidrain aerator that left holes as it crept along the greening Secretariat Turf Course Wednesday morning, efforts to fill gaps in the 2014 Colonial Downs racing calendar are crawling forward and will need a little extra time before filling the holes.

The Virginia Racing Commission strengthened its resolve during its May 7 meeting, officially reconfirming a resolution it had approved in late December.  That resolution directs “Colonial Downs to conduct a 2014 Thoroughbred race meet of a five-week and 25-race day duration.”

That calendar would mirror the meet run last year.  The Virginia Horsemen’s Benevolent and Protective Association (VHBPA), which in December opposed such an arrangement, now supports it.

The Commission further expressed its readiness “to approve any contract agreed to by Colonial Downs and the VHBPA,” so “that any satellite wagering facility (OTB) currently closed by operation of law be promptly re-opened.”

Should this summer’s meet kick out of the starting gate, however, don’t expect it to be a template for future racing.  Commissioners acknowledged that 2014 looks to be a transitional year while a “blue ribbon” committee works to develop a new model for the sport going forward.

The impasse that first resulted in furloughs of dozens of parimutuel tellers is now impacting the plans and operations of horsemen.  Trainer Jessica McKinney spoke during the meeting about Chedi, a seven year-old Virginia-bred who has made ten career starts at Colonial Downs.  One of those ten starts set a track record on the dirt at a mile in 2011, but with the uncertainty of the meet ahead, she had to “give away” the horse, she said.  McKinney was representative of several small outfits to speak during the meeting about laying off employees, shipping horses out of state or ceasing racing for the immediate future.

“We’re way behind the curve at his point,” said VHPBA executive director Frank Petramalo about cooperating on the suggested meet schedule.  “I don’t think there is any more time for delay.”

For the first time this year, a fully seated Commission of five heard presentations as Clinton Miller returned to the regulatory board to fill a seat vacated at the end of year.  Miller had served on the Commission previously, including as chairmen.

With the five-week, 25-day format believed to be acceptable to decision makers, the most contentious issue now may be how the shortfalls resulting from the impasse are handled.  The estimates of revenue that Colonial has lost as the result of the shutdown are diverse, but many put the number at $1.5 million. 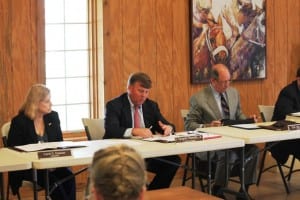 Commissioners hear testimony at the May 7 meeting. Photo by Nick Hahn.

Allegedly, the sides may previously have been within a whisker of an agreement.  According to the VHBPA’s Petramalo, the Virginia horsemen’s group agreed to move $280,000 in operational costs typically covered by racetrack operators, such as manure removal, to its side of the balance sheet, just $20,000 less than Colonial sought.  Even then, however, the sides could not reach accord.

The Virginia Racing Commission has set a meeting for Monday, May 19 looking to have a contract to approve.

It appears that the Virginia horsemen are finally in the starting gate, as is the Virginia Racing Commission.  Will Colonial Downs enter the gate as well?