Colonial Downs proposals could end Virginia standoff — but not yet 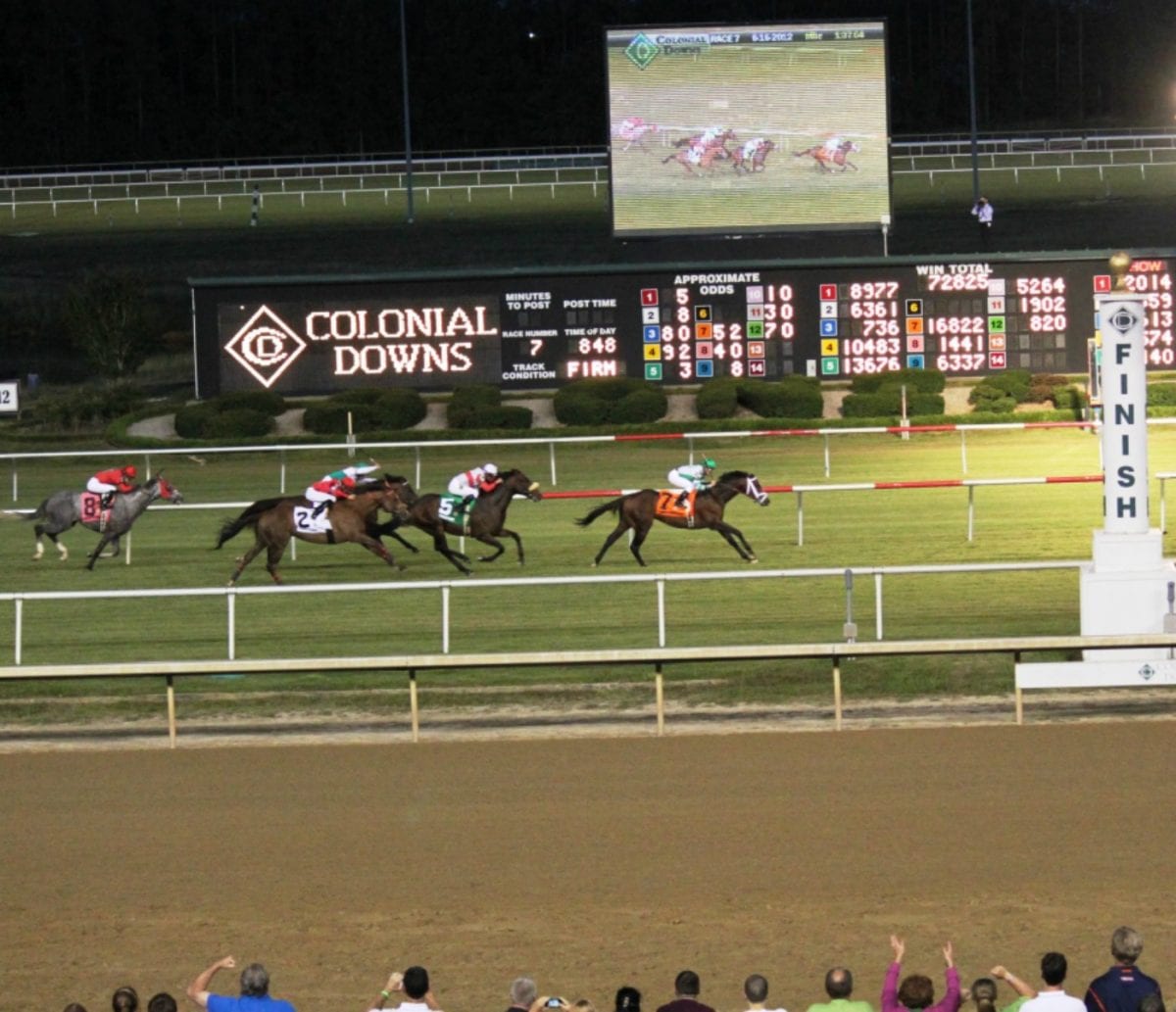 A work session held Thursday afternoon after the Virginia Racing Commission (VRC) meeting could lead to an agreement between Colonial Downs and Virginia’s horsemen on the 2014 racing calendar.  But it appears no deal will be presented to the Commission until at least mid-April.

Earlier in the week in Florida, Colonial Downs officials met with owner Jeff Jacobs, with VRC personnel present, likely to prepare a hybrid proposal of two slates of dates.

At its December meeting, the Virginia Racing Commission had awarded 25 days of racing in a five-day, five-week format that met opposition from the Virginia Horsemen’s Benevolent and Protective Association (VHBPA), the entity designated by the commission to represent horsemen. At a February meeting, the Commission suggested a meet that would offer 21 days of racing in a seven-week, three-day format that the VHPBA accepted but received no response from Colonial Downs.

Jim Weinberg, counsel for Colonial Downs, stated that discussion held in private would focus on the extension of the length of the meet (that is, weeks), the reduction of live racing days and an increase in average daily purses. In Thursday’s work session, Colonial presented three different scenarios to members of the VHPBA.

Specific details of the three scenarios as they were to be presented to the VHPBA board of directors are not known, but are “unlike any that have been performed in Virginia prior,” according to Frank Petramalo, the Executive Director of the VHPBA.

Sources suggest that some of the scenarios may involve fall racing and, logistically, could occur in 2014.

While not specifically mentioned, the possibility of a split meet — low-end in the summer, higher-end in the fall — may be on the table. A contentious item during the calendar impasse has been the profile of the meet.  The VHBPA prefers a meet that is essentially similar to the typical Colonial Downs fare, with ample racing opportunities for lower-end maidens and claiming horses.  Colonial, on the other hand, prefers a shortened, high-end, “boutique” meet with an emphasis on allowance and stakes racing.

Moreover, in past years, Jacobs, Colonial’s owner, has discussed the possibility of running a high-end fall meet on turf.

Another option previously discussed, at least by Colonial, has been the possibility of “stacking” harness and Thoroughbred racing days in a meet. The 25-day fall harness meet at Colonial Downs opens September 17th but with Colonial’s emphasis on turf racing and wide turf course, the possibility of stacking days exists. However, such an option would greatly reduce training options, suggesting that it could only work in limited circumstances.

Colonial Downs president Ian Stewart could not be reached prior to publication.

NOTES FROM THE COMMISSION