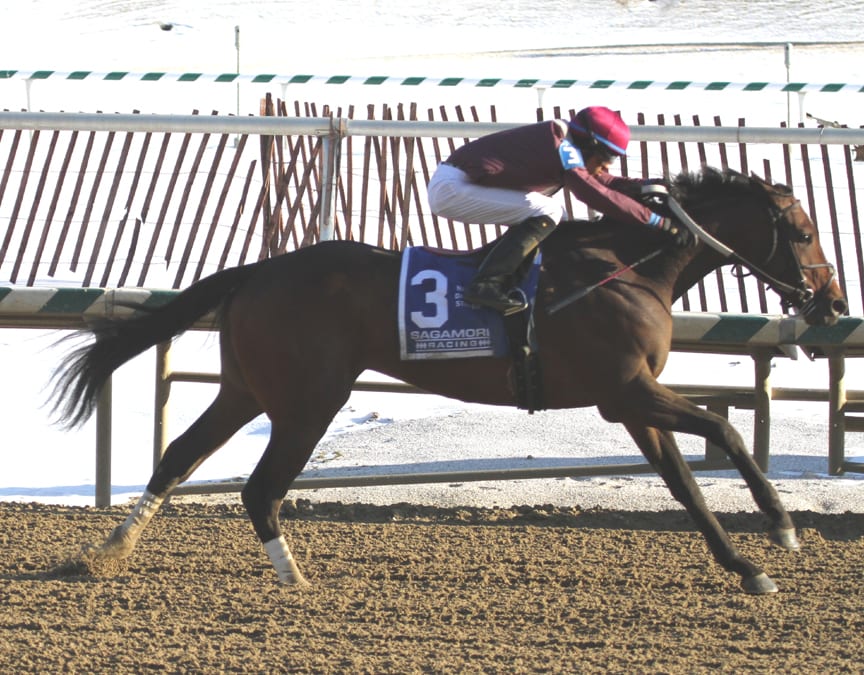 Harry C. & Tom O. Meyerhoff’s Bold Curlin had to muscle his way between horses to make a path to the winners’ circle in the $100,000 Native Dancer Stakes, one of four stakes races Saturday afternoon at Laurel Park.

Victor Carrasco, the recent winner of the 2013 Eclipse Award for outstanding apprentice rider, was winning his first stakes as a journeyman in the Native Dancer and marking the second stakes win of his career. This was the first stakes win for Bold Curlin, who paid $9.

“We broke okay and settled between horses,” Carrasco said. “I just make sure I gave him a good trip. I just kept him moving and got pinched a little but when I was able to get the opening I put him in there and he went on.”

Mike Trombetta trains the son of 2007 Preakness Stakes (G1) winner Curlin, who completed the 1-1/16th mile distance in 1:43.62. He won by two lengths over Indian Jones and Managed Account, who finished a nose apart for second.

“I originally went into this race to take a look because he’s basically a three other than horse, but this time of year they don’t fill very well,” Trombetta said. “There were a couple of scratches (including morning line favorite Mail) that worked in our favor. I told Victor we’re probably one cut below the top ones but if everything goes just perfect we could win this. That was about as good a ride as you are going get. It was better than superb. He’s a nice young man and I think he has a tremendous future ahead of him. This horse responded very well for him today.”

The victory was the second of the afternoon for Trombetta, who also saddled Extrasexyhippzster to a score in the $100,000 Miracle Wood Stakes.