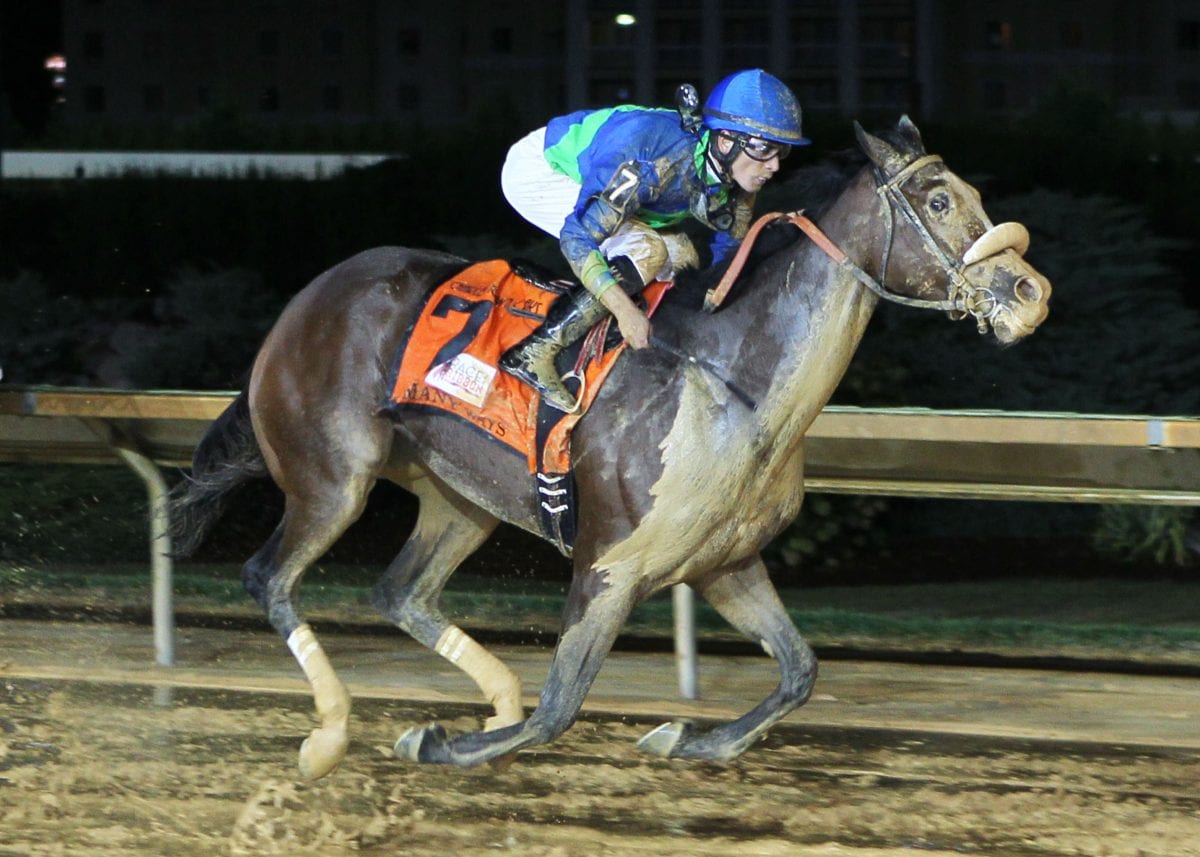 While the Charles Town Classic (G2) stands as the lucrative centerpiece of the track’s open stakes program, the race will have some company in 2014 as the American Graded Stakes Committee has awarded Hollywood Casino at Charles Town Races its second ever graded race with the Charles Town Oaks being designated a Grade 3 for the coming year.

Inaugurated in 2009, the Charles Town Oaks for three-year-old fillies at a distance of 7 furlongs was contested with a purse of $250,000 in its first running and $400,000 for the next four editions.  In 2010 and 2011, the Charles Town Oaks stood as the richest sprint in the country for three-year-old fillies before moving to second place on the list following a purse hike for the Test (G1) at Saratoga to $500,000.

All told, the 46 horses that have competed in the Charles Town Oaks have gone on win a total of 24 graded stakes and hit the board in 55 more.

“Our entire racing office, headed by our Racing Secretary Charlie McIntosh, has done a great job in getting some of the best in the division here for the Charles Town Oaks,” said Vice President of Racing Operations Erich Zimny.  “We’re thrilled to see the hard work pay off with our second graded race and the first graded race for fillies in West Virginia.”

In its most recent rendition, the Charles Town Oaks was won by Maggi Moss’ Grade 1 winner So Many Ways, in the final start of her career.  In 2012, Gary & Mary West’s Book Review – who would go on to win the Grade 1 La Brea later in the year – gave trainer Chad Brown his first winner at Charles Town with a 1 ¾ length victory against a group that included Fantasy (G2) and Honeybee (G3) runner-up Amie’s Dini as well as Beautiful But Blue who was coming into the race off a third place finish in the Test.

However, it was the 2011 renewal of the Charles Town Oaks that turned out to be the most productive to date, with two time Breeders’ Cup Filly & Mare Sprint (G1) champion Groupie Doll coming from last to just miss catching the eventual winner, and multiple graded stakes placed, Strike the Moon.  The top two finishers were almost 4 lengths clear of the rest of the field that included Prioress (G1) winner Her Smile and multiple graded stakes winner Hot Summer. That same 2011 Charles Town Oaks came on the heels of its 2010 counterpart that saw eventual Bed o’ Roses (G3) winner Derwin’s Star outduel Bronx City Girl and multiple Grade 2 winner C C’s Pal.

The date of the 2014 Charles Town Oaks is expected to be finalized and released with the entire Charles Town stakes schedule in the coming week.