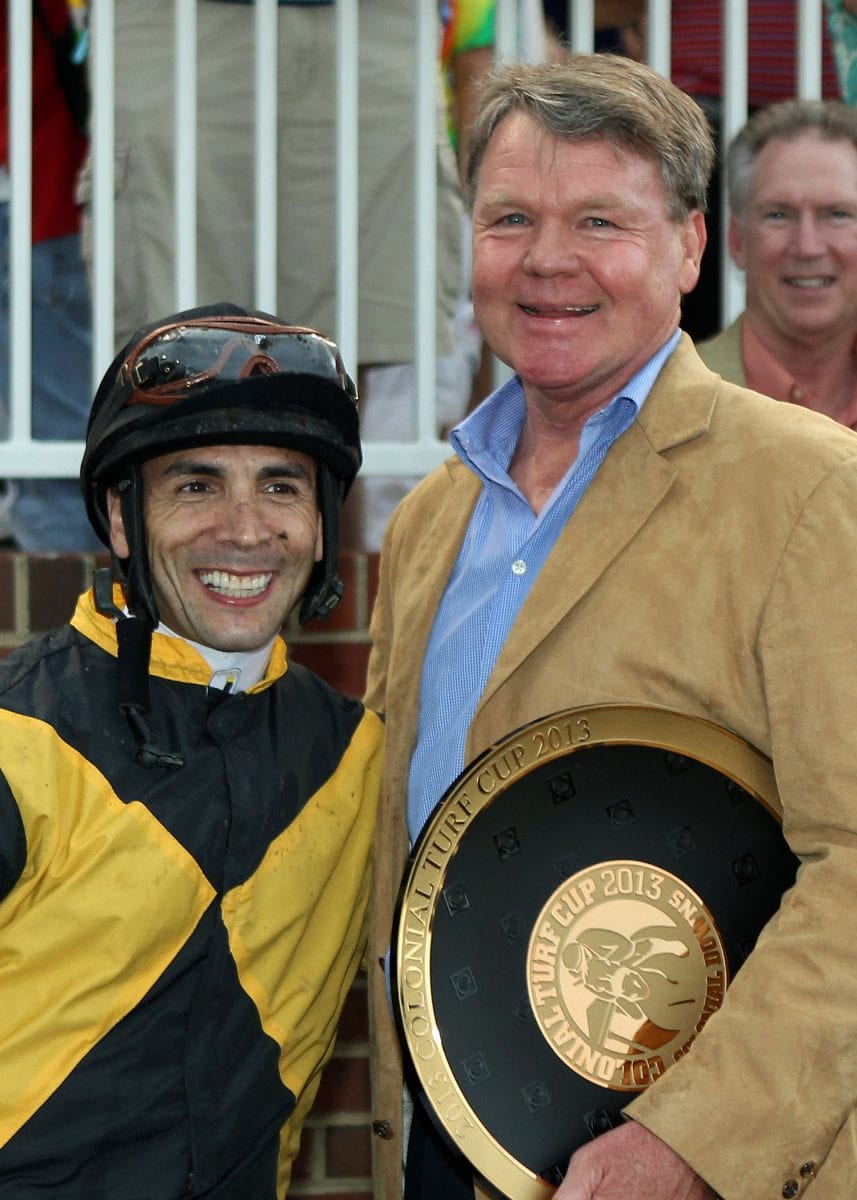 Racing at Colonial Downs will resume Thursday with first post beginning at 6:00 PM. 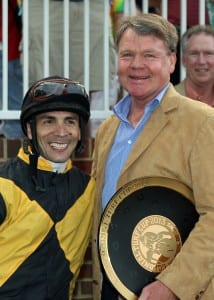 Horacio Karamanos, Colonial’s all time leading jockey, was scheduled to make his 10,000th start in Wednesday’s sixth race, but live racing was cancelled after the third race.. He had 9,996 career mounts entering the rain shortened card and earned a pair of third place finishes in the second and third race.

Two short of the landmark number, Karamanos has three rides Thursday and should make number 10,000 in the sixth race. He has won 1,600 career races and his horses have earned $35,651,257.  His most recent major victory came this past Saturday, when he piloted 50-1 outsider London Lane to a win in the G2 Colonial Turf Cup.