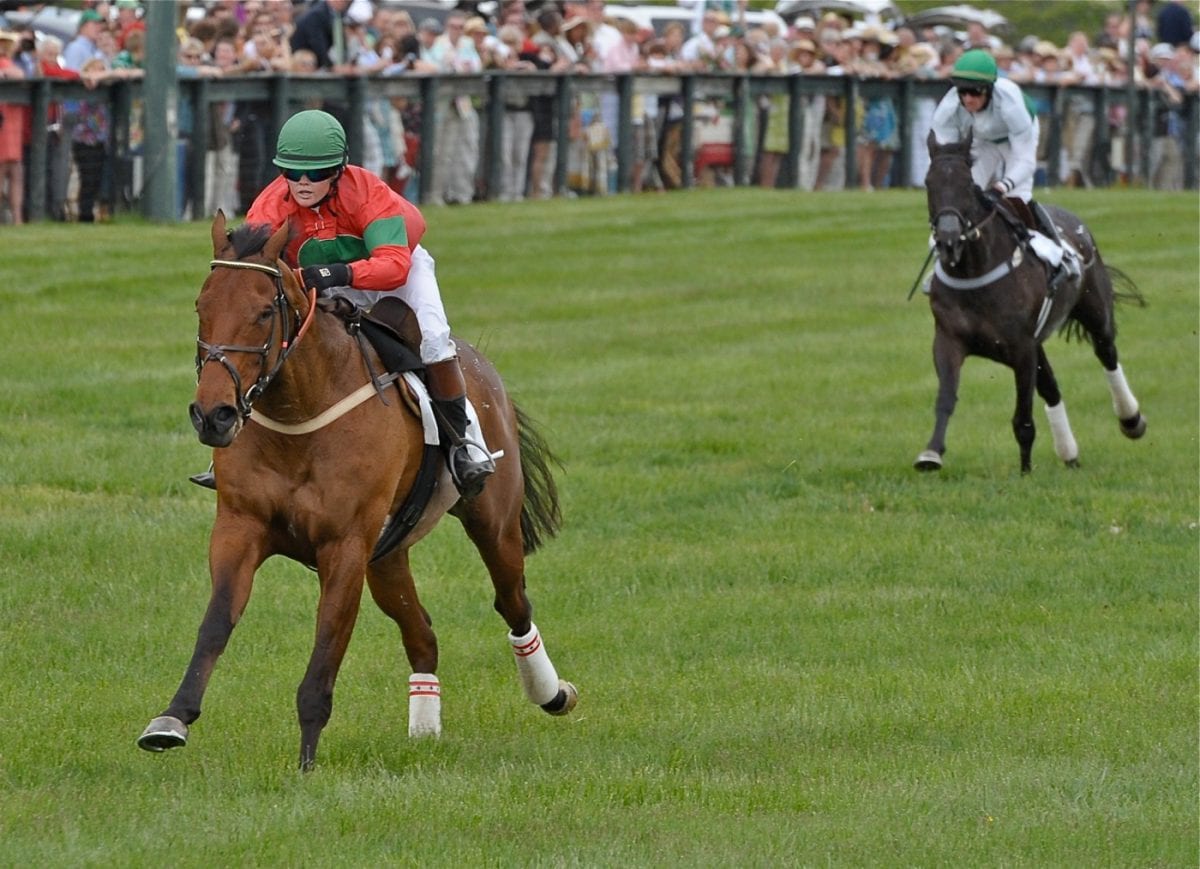 Racing officials hope an initiative in this year’s running of the Virginia Gold Cup races on the first Saturday in May returns Virginia horse racing to Main Street — figuratively, at least.

This year, the Virginia Gold Cup obtained a limited license for pari-mutuel wagering, an experiment to see how it might work in the steeplechase theater. The Gold Cup will feature wagering at its May 4 Derby day meet.

Wagering has been permitted at Virginia jump events before but not recently; twice at Leesburg’s Morven Park in the early 1990s and at a country harness meet at Nelson County’s Oak Ridge Estates, in 2001.

Much of early American horse racing didn’t originate in the open fields or long wooded paths. In the 1600’s prior to the clearing of native forests, races began usually with the drop of a hat or the beat of the drum down the main street in the villages of the Old Dominion. The community came out to support their favorites — a social impetus which to some extent continues to this day. 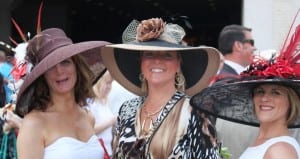 Big crowds of festive race-goers are common at Virginia steeplechase events. But will they wager? Nick Hahn photo.

Steeplechase racing events in the Commonwealth have been popular, at least socially, for decades. The spring running of the Foxfield Races in Charlottesville draws over 25,000 picnickers. The Virginia Gold Cup in Northern Virginia attracts more than 50,000, or about third of the Kentucky Derby crowd at Churchill Downs run on the same day.

Still, it’s a bit of a double-edged sword for the steeplechase community, which welcomes the audience that attends the meets and yet wishes race-goers watched more racing. The standard, stale joke often overheard at events goes something like, “I’ve coming here for fifteen years and have yet to see a horse.”

Mike Pearson, a consultant for the Virginia Gold Cup, wants to draw more attention to the action between the rails and believes the time is right to bring wagering to country racing. His broad-based view may have many ancillary benefits if fans make the transition to traditional horse racing venues, such as the summer meet at Colonial Downs.  These might even include a new revenue source for purse money — significant in light of the changing economic climate of corporate sponsorship.

“That is our intent, crossover,” sees Pearson. “To educate the public on racing and grow the breeder’s fund.”

Pearson’s objective to “grow the breeder’s fund” is not a new objective in Virginia horse racing but one that hasn’t been heard very often in recent years. Yet, if the Virginia Derby crowd — the biggest on the Colonial Downs flat racing calendar — were to grow significantly beyond th 10,000 it annually attracts, it may be able to one day give the Virginia Gold Cup an assist.

Expectations for wagering in the short term are quite reserved, as the Gold Cup’s new limited license isn’t expected to make impacts out of the starting gate.

In fact, the modest approach in the spring campaign consists of only 10 teller windows and 10 self-serve terminals. These come in part in response to fans, as Virginia Gold Cup patrons expressed a desire for wagering, according to in-house surveys.

“I think it’s significant,” notes Glenn Petty, the Executive Director of the Virginia Thoroughbred Association. “I don’t think its impact will be significant…right away, but it’s a step in the right direction.”

Racing at Colonial Downs and steeplechase events will now have two things in common: the horse and Virginia Racing Commission oversight. Other than that, they are two separate events with markedly different atmospheres.

Racing at Colonial holds the attention of nearly the all of its crowd in a $50 million facility complete with air-conditioned sky suites (no jeans, please). Racing at Virginia steeplechase events, meanwhile, brings tailgaters to park SUVs on freshly cut lawns and open up the rear hatch while garbed in the gear of spring’s equivalent of Halloween. 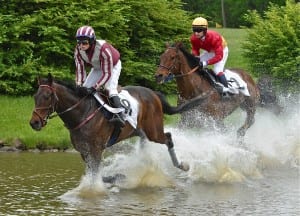 Colonial Downs has been familiar with steeplechase racing for years, including races in their during their summer meet and as the annual venue of a one-day, all-day steeplechase meet over the last several spring seasons.

“Certainly an increase in interest in pari-mutuel racing is good for us,” observes Ian Stewart, Colonial’s President and CFO. “We have an interest in Steeplechase racing with the (recently run) Dogwood Classic.”

Wagering at the Gold Cup could serve as a model for other popular steeplechase venues once the issue of secure wagering becomes proven.

“We are working on an effective means to have wagering at steeplechase events but there will be introductory terminals first time around,” recognizes Pearson. “We are moving toward technology that may result with a teller at every tailgate.”

“Its future will be determined by the public. Wagering is a fairly expensive undertaking with a lot of costs not apparent to the casual observer. The profit margin is low,” continues Stewart. “(A steeplechase event) lends itself to the technology of wireless account wagering platforms.”