Since the Daily Racing Form and Turf and Sport Digest voted for the inaugural Horse of the Year in 1936, 11 horses have gone on to win that award more than once. While everyone knows the Triple Crown winners and others like Kelso and John Henry who did so, the very first two-time winner’s name is less familiar.

It was a Maryland-bred champion who made 1939 and 1940 his years, going from coast to coast collecting victories and setting records: Challedon.

William Brann needed a new hobby. His retirement after a career in advertising meant that the former executive needed a diversion, but what could that be? His friend Robert Castle, a former executive at Montgomery Ward, suggested horse racing. In the late 1920s, the two partnered to create Branncastle Farm in Frederick County, Maryland, investing in not only a racing stable but also breeding stock. They bought several broodmares and then imported Challenger II from England to head their stud.

Bred by the Irish National Stud and purchased by Lord Dewar, Challenger II raced twice in England at age two, winning both times. Late that year, Lord Dewar died, which meant that the colt’s three-year-old season was effectively canceled thanks to an obscure rule which stated that an owner’s death automatically scratched his horses from their engagements. Instead, Lord Dewar’s estate sold the three-year-old Challenger II to the Branncastle partnership for £10,000.

Within a day of the deal, the colt got tangled in barbed wire during a workout, injuring his hock, and was not sent overseas until he healed. The next year, at age four, he started eight times in California with no success, unable to capitalize on the potential he showed at age two. The partners then retired Challenger II to stud, where he made his mark, siring horses like Bridal Flower, 1946’s Champion Three-Year-Old Filly, and Gallorette, the multiple Hall of Famer and Champion Handicap Mare. First, though, came Challedon.

Laura Gal, a filly by Sir Gallahad III, had won two races for Maryland’s Belair Stable in 1932 before becoming a part of William Woodward’s consignment at Saratoga that August. Branncastle bought the filly for $2,050 with the intent of pairing her with Challenger II. Laura Gal raced twelve more times with no success and then joined the farm’s broodmare band, with all eight of her foals sired by the English stallion. Challedon was her third foal, a bay colt with a star in the center of his forehead who showed enormous potential from the word go.

By the time Challedon came to races in 1938, health issues had forced Robert Castle out of the racing business, with William Brann buying his share and then changing the name of Branncastle Farm to Glade Valley. Based in Maryland, the stable retained Lou Schaefer, a former jockey who had won the 1929 Preakness on Dr. Freeland, to condition their horses. Schaefer was young, in his early thirties when he started training for Brann, but he had ridden champions like Sun Beau and Display, his skills as a horseman and familiarity with Maryland’s racing scene making him a good choice for the stable. 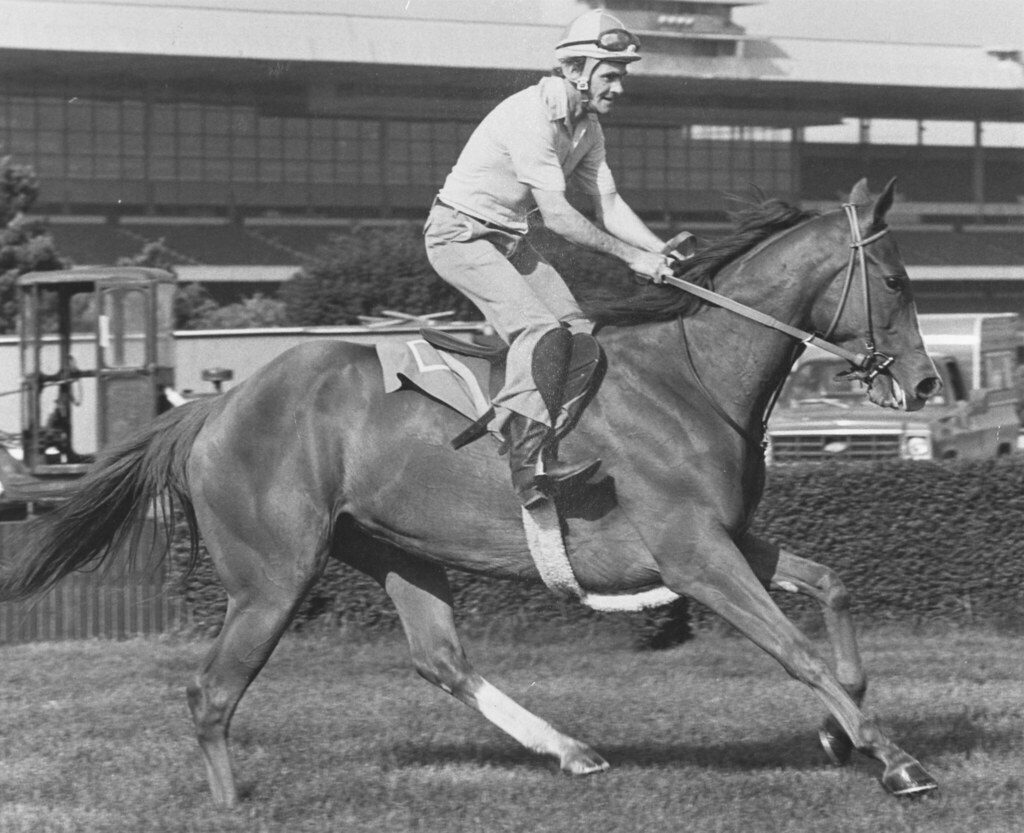 He went to work with Challedon right away, starting the colt in a 5½ furlong race at Delaware Park. After a green performance in that first start, Schaefer waited until early September to bring the colt back to the races. From there, Challedon won four of his next five starts, including wins in the Maryland Futurity and the Pimlico Futurity, showing his affinity for racing in his home state. By year’s end, famed turf writer John Hervey predicted that the Challenger II colt would be one of the great three-year-olds of the following season.

With hopes high for his three-year-old season, Challedon opened the season with a third in the Chesapeake Stakes at Havre de Grace before going to Louisville to try the Kentucky Derby. There he met the heavy favorite Johnstown, owned by Belair Stable, and finished a distant second. Johnstown then came to Baltimore for the Preakness, following in the footsteps of other Belair greats, like Gallant Fox and Omaha. The field included Ciencia, the filly who had won the Santa Anita Derby, and Gilded Knight, who had bested Challedon in the Chesapeake, but it was all Challedon at Pimlico that day. Over a wet track, Johnstown took the lead early, but could not handle the off surface, fading as Challedon came on in the stretch to win by 1¼ lengths.

The Challenger II colt was not eligible for the Belmont Stakes, which Johnstown won easily. He did meet him again in the Dwyer, but Johnstown got the better of him there. Challedon had the last laugh in the Arlington Classic, beating the Derby-Belmont winner and taking the 1¼-mile Classic in a quick 2:02. He followed that up with wins in the Hawthorne Gold Cup, Havre de Grace Handicap, Maryland Handicap, and the Pimlico Special. Challedon also set a world record in the Tranter Handicap at Keeneland, running the 1 3/16 miles in 1:54⅗.

His nine wins in fifteen starts in 1939 earned the three-year-old Horse of the Year honors. The next year would see more of the same, though with a new trainer, Don Cameron, who would later go on to train 1943 Triple Crown winner Count Fleet.

At age four in 1940, Challedon raced only seven times, winning five and finishing in the money in two others. He wins included the Hollywood Gold Cup and the Whitney Handicap, and then repeat victories in the Pimlico Special and the Havre de Grace Handicap. That earned the Maryland bred his second Horse of the Year, the first horse to win that award a second time. Challedon also endeared himself to the Free State in other ways.

When Challedon went out west for the Hollywood Gold Cup in 1940, Jack Warner, head of Warner Brothers Studio, accompanied Marylanders William Brann and Dr. Edward Thomas to Hollywood Park for the race. Warner initially wanted to bet $50,000 on Kayak II, but Thomas advised him to bet on Challedon instead. When Challedon won the race and Warner recouped a wagering windfall, he tried to repay Thomas for his advice.

In lieu of money, Thomas suggested that Warner install air conditioning in Frederick, Maryland’s Tivoli Theater, which Warner Brothers owned. Warner agreed, and as a result of Challedon’s victory, and the Marylanders’ prescience, the Tivoli became the first public building in Frederick to have air conditioning.

Challedon’s 1941 season was plagued by injuries, the two-time Horse of the Year starting only three times that year with no success. The next year was more of the same, with the son of Challenger II racing thirteen times and wining only an allowance race and the Philadelphia Handicap at Havre de Grace in 1942. After a career with twenty wins and $334,660 in winnings, William Brann decided to retire his champion, selling him to a syndicate that included Ira Drymon, who sent the stallion to Gallaher Farm in Kentucky to stand stud. There, he sired 284 foals with 208 winners and thirteen stakes winners, including the filly Challe Anne, 1948 Kentucky Oaks victor.

This son of Challenger II brought Maryland more accolades, showing just what breeding in the Free State could bring to those who invested in the lines of bloodstock there. Though he was not as big as some, standing sixteen hands, one inch, Challedon’s commanding presence attracted fans as he crisscrossed the country in his five seasons on the racetrack. With a place in the Hall of Fame, Challedon stands as one of the best the Mid-Atlantic has produced, his excellence recalled each year as Laurel Park hosts the stakes named for this inaugural two-time Horse of the Year.