A Maryland-bred stole the show in a $3 million race, a local favorite has been retired from the races, Delaware Park announced a 77-day race meet, and a promising runner was DQed with a positive.

A stouthearted Maryland-bred joined Arrogate, Gun Runner, City of Life, and Mucho Gusto as a conqueror of the Grade 1 Pegasus World Cup Invitational.

Knicks Go romped in the Pegasus and now looks to be among the best dirt horses in training. He was away alertly in the $3 million race and gunned it right for the lead. With jockey Joel Rosario in the irons, the five-year-old son of Paynter flashed through rapid early fractions, completing the first half-mile in :46.16, and six furlongs in a sharp 1:09.91. Last Judgment, a 41-1 longshot, raced swiftly in hot pursuit but proved no match for Knicks Go.

As Knicks Go, the 6-5 favorite, charged into the stretch, it became apparent that the sharp early pace did little to drain him. Shaking off his rivals, Knicks Go broke loose and roared home with a comfortable 2 ¾ length advantage, completing the 1 1/8-mile challenge in 1:47.89 on the fast main track. Jesus’ Team and Independence Hall completed the trifecta in second and third, respectively.

Bred in Maryland by mother-and-daughter duo Angie and Sabrina Moore, Knicks Go is owned by Korea Racing Authority, and trained by Brad Cox. To date, Knicks Go, who was recently crowned as the Top Midlantic-bred of 2020, has won six of his eighteen starts. Other notable victories to go along with his Pegasus World Cup triumph include scores in the Breeders’ Cup Dirt Mile (G1), in which he set a Keeneland track record, and the Grade 1 Claiborne Breeders’ Futurity.

The connections of Knicks Go have not made an official decision yet on where their star pupil will make his next start, but they have agreed that a start in the $20 million Saudi Cup February 20 remains a possibility.

Sharing, a multiple graded stakes winning millionaire and Breeders’ Cup champion, has been retired from racing after suffering a paddock injury.

Bred in Maryland by Sagamore Farm, Sharing was owned and campaigned in partnership by Eclipse Thoroughbred Partners and Gainesway Stable. Put through her paces by trainer Graham Motion, Sharing did the Mid-Atlantic region proud with her striking wins and brilliant speed that she showcased on more than one of racing’s biggest occasions. A winner of five races from nine starts, Sharing stole the show in the 2019 Breeders’ Cup Juvenile Fillies Turf (G1), rallying for an upset win in a year she earned honors as Maryland-bred Horse of the Year and Top Midlantic-bred.

She scored in the Tepin Stakes following her win in the Breeders’ Cup, and then went on to finish second in the Coronation Stakes (G1) at Royal Ascot. The chestnut filly returned Stateside to score in the Grade 2 Edgewood Stakes on the undercard of the 2020 Kentucky Oaks.

Sharing is a daughter of champion Speightstown, and is out of the Breeders’ Cup-winning mare Shared Account. She concludes her career with earnings of $1,092,751 and will now look towards a new career as a broodmare.

A stallion to pair with Sharing has not yet been chosen.

Live racing at Delaware Park will commence on Wednesday, May 26  and will conclude on Saturday, October 16. Dates for the Grade 3 Delaware Oaks and Grade 2 Delaware Handicap, which are the highlights of the racing meet, have not yet been announced. Last year, those signature events took place on July 4th and July 11th, respectively.

Details surrounding live racing days during each week for the meet have not yet been released and will be announced on a future date.

Trainer Tom Amoss was hit with a $1,000 fine this week, when his three-year-old filly Zoom Up tested positive for a metabolite of acepromazine, a commonly used tranquilizer. As a result of the positive test, the filly has now been disqualified from the race, which took place December 19, 2020 at the Fair Grounds.

Upon being notified with the results of the drug test, Amoss waived his right to have a split sample tested, later saying, “We accept the test for what it is and accept the punishment.”

Zoom Up has now officially been declared unplaced from her start in the eighth race at the Fair Grounds on December 19; the purse money will be redistributed.

A daughter of Upstart, Zoom Up is owned by Cosmic Racing LLC, and had broken her maiden in the race in which she has now been disqualified from. In her following start, which took place on January 18 at the Fair Grounds, Zoom Up also won.

Acepromazine is a fast-acting sedative that is used to help calm and control unruly or nervous horses. It can also be used in cases where local anesthesia is administered during medical procedures. 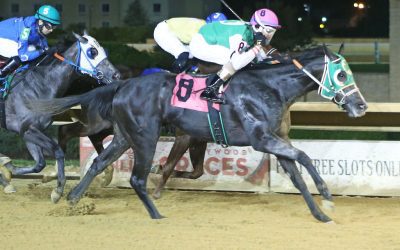 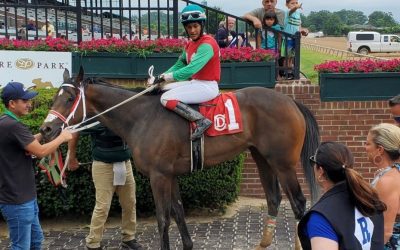 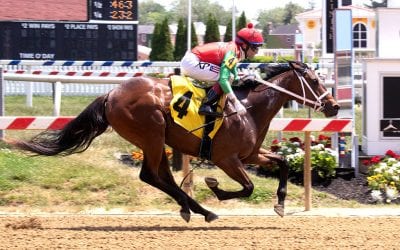 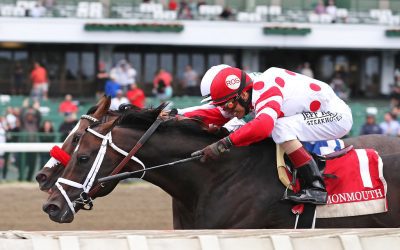