Runnin’toluvya, Fiya, and more: The week in social media 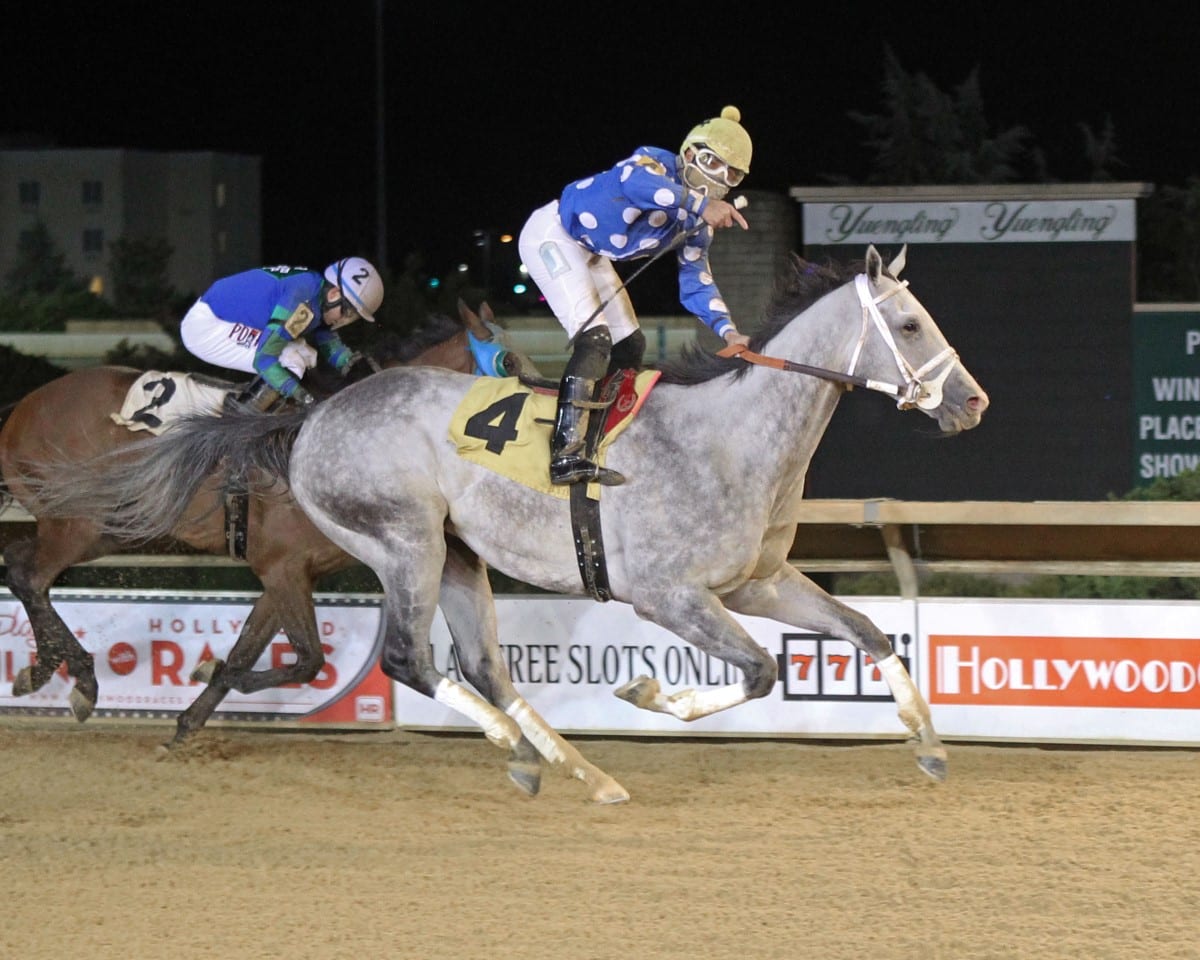 West Virginia-bred Runnin’toluvya returned to winning form over the weekend, Tiz the Law is out of the Preakness Stakes lineup, and a Maryland-bred, Maryland-sired gelding kept his undefeated season for 2020 alive by making this year’s efforts a perfect three-for-three.

Here is the 411 on what racing fans in the Mid-Atlantic region have been buzzing about on social media over the past week:

It’s Runnin’toluvya in the Gall

Charles Town Races played host to a night of stakes action at their track on September 20, in preparation for the fast approaching West Virginia Breeders’ Classic that is poised to take place on October 10. Among the stakes races that took place this past Sunday was the $50,000 Frank Gall Memorial Stakes, won by local hero Runnin’toluvya.

Contested at the distance of 7 furlongs on the dirt, the Frank Gall Memorial Stakes was the final stakes race run on the card that evening, and served as a grand finale when defending champion and post-time favorite Penguin Power hooked up with second-choice Runnin’toluvya. A winner of 12 previous races, Penguin Power proved to be a formidable challenger as he led the fray through swift opening fractions of :22.45 seconds for the opening quarter mile and :46.25 for the half. Runnin’toluvya tracked the pace in third before hooking up with the leader as the field journeyed around the turn for home.

Bred by Leslie Cromer, Runnin’toluvya is owned by Grams Racing Stable LLC, and is trained by Timothy Grams. By Fiber Sonde, the six-year-old gelding is out of the Not For Love mare Lov’emnrun. To date, Runnin’toluvya has emerged triumphant in 15 of his 24 starts and has collected earnings of $1,059,913.

THE GRAY ROCKET IS BACK! ? Runnin’toluvya earns a hard-fought victory in the Frank Gall Memorial! pic.twitter.com/hLsOyWN6yV

Tiz the Law takes a seat

A rematch between Belmont Stakes winner Tiz the Law and Kentucky Derby winner Authentic will have to wait for another time, as it was announced this week that Tiz the Law is going to miss the October 3 Preakness Stakes.

Tiz the Law, who was undefeated this year before being bested in the September 5 Kentucky Derby by Authentic, will instead train up to the Breeders’ Cup in November. The connections of the multiple Grade 1-winning colt felt that it would be in the best interest of the animal to give him some time off from the competition and instead train him up to a start in the highly anticipated Breeders’ Cup Classic (G1), which will be run at the distance of 1 ¼-miles on November 7 at Keeneland Racecourse in Lexington, KY. As of now, Authentic is still aiming for a start in the Preakness Stakes.

Bred by Twin Creek Farms, Tiz the Law is owned by Sackatoga Stable and trained by Barclay Tagg, the very same connections that campaigned Funny Cide through unlikely scores in the Kentucky Derby and Preakness Stakes back in 2003. To date, the blazed son of Constitution has claimed victory in six of his eight starts and has banked earnings of $2,615,300.

Fiya, a three-year-old gelding who is Maryland-bred and Maryland-sired, kept his winning streak alive for 2020, taking down his third consecutive win for this season over the weekend.

Fiya made his first four starts in the colors of owner-breeder Ann Merryman and was trained by her son Michael. But after he registered two easy wins when put on turf, the Merrymans sold him for $400,000 to Robert Masiello.

Now trained by Tom Albertrani for Masiello, Fiya made his first start for the new connections a winning one at Belmont Park in a $65,000 six-furlong allowance race on the turf. With jockey Luis Saez aboard, Fiya wired the field to score by a dominant 3 ¼ lengths. Completing the sprint in a sharp final time of 1:06.70, Fiya was a mere second away from touching the track record.