Independence Hall to cut back to one-turn races 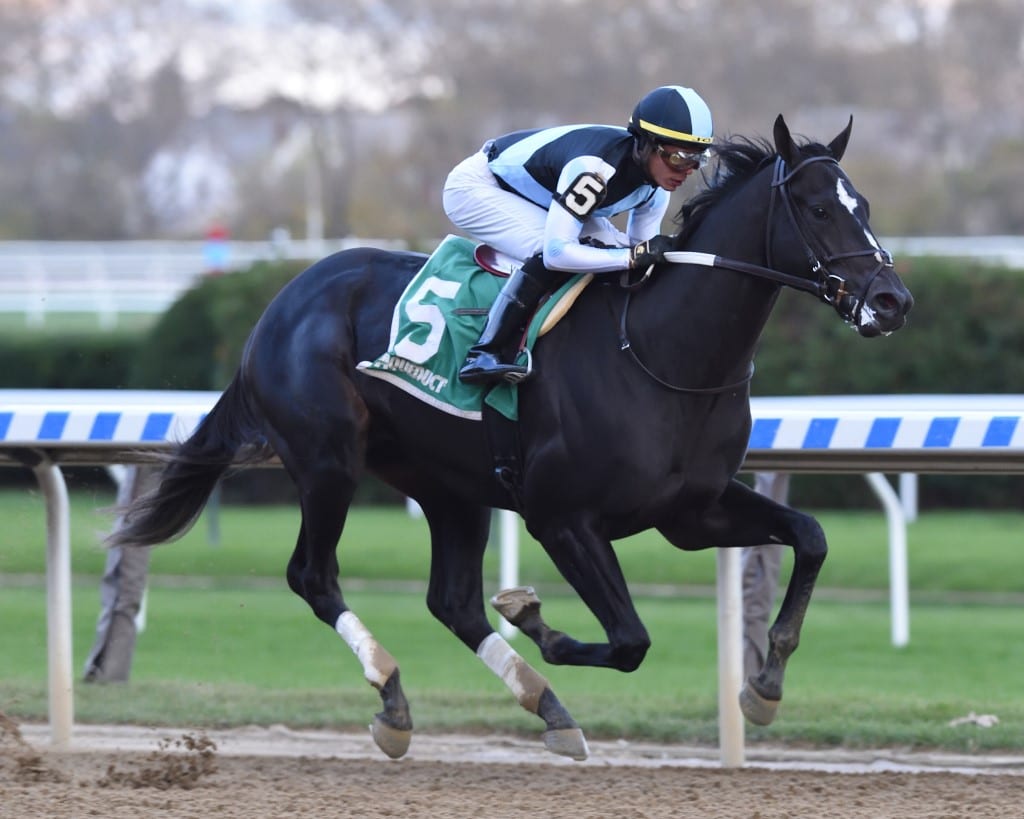 “He came out of the race very well,” Wellman said. “We got him back up to Fair Hill and we’re just going to give him about 30 days to freshen up and probably focus our attention on one-turn races for the rest of the season.”

Independence Hall was stretching out to 1 1/8 miles for the first time in the Florida Derby, where he encountered some early trouble in a field of nine and wound up fifth, 10 ½ lengths behind Tiz the Law.

“He was a little quiet by his standards, pre-race and going to the gate,” Wellman said. “He didn’t come out of gate sharp, which put him behind the 8-ball, and he had to muscle his way by a pack of horses and go four or five wide around the first turn just to get position. It just never seemed like he was all that comfortable out there and when the real running started he really offered up no bid, unfortunately, and stayed one-paced to the wire.”

Independence Hall ran second as the favorite in the 1 1/16-mile Sam F. Davis (G3) Feb. 8 at Tampa Bay Downs, a race where he lost both his tongue tie and a front shoe. In his sophomore debut, the Constitution colt was a four-length winner of the one-mile Jerome Jan. 1 at Aqueduct.

As a 2-year-old, Independence Hall won the one-mile Nashua (G3) at Aqueduct and a seven-furlong maiden special weight at Parx in his career debut. He did all his 2019 training at Fair Hill until heading to Florida following the Jerome.

“There’s just no margin for error in these Grade 1 races, and things didn’t go as smoothly as we would have hoped, but the takeaway internally for our team right now is that maybe it’s best to focus on the big one-turn races for 3-year-olds for the remainder of the season and see if we can recapture his brilliance and explosiveness and really solidify his residual value as a stallion prospect,” Wellman said.

Races such as the Pat Day Mile (G3) in Kentucky and the Woody Stephens (G2) and H. Allen Jerkens (G1) in New York and Malibu (G1) in California, all at seven furlongs, are among the possibilities for Independence Hall depending on when live racing is resumed around the country. The Kentucky Derby (G1) was rescheduled from May 2 to Sept. 5.

“Obviously none of us know what the schedule entails right now,” Wellman said, “but there’s a lot of important, prestigious one-turn races, and he’s proven his brilliance around seven-eighths and a one-turn mile. As much as we would all love to continue to pursue the Derby path, we have to do what’s best for the horse and for our partners, and that seems to be the most prudent thing to do moving forward. If he earns his way back into two-turn races, great, but we’re going to focus on recapturing his brilliance around one turn for now.”