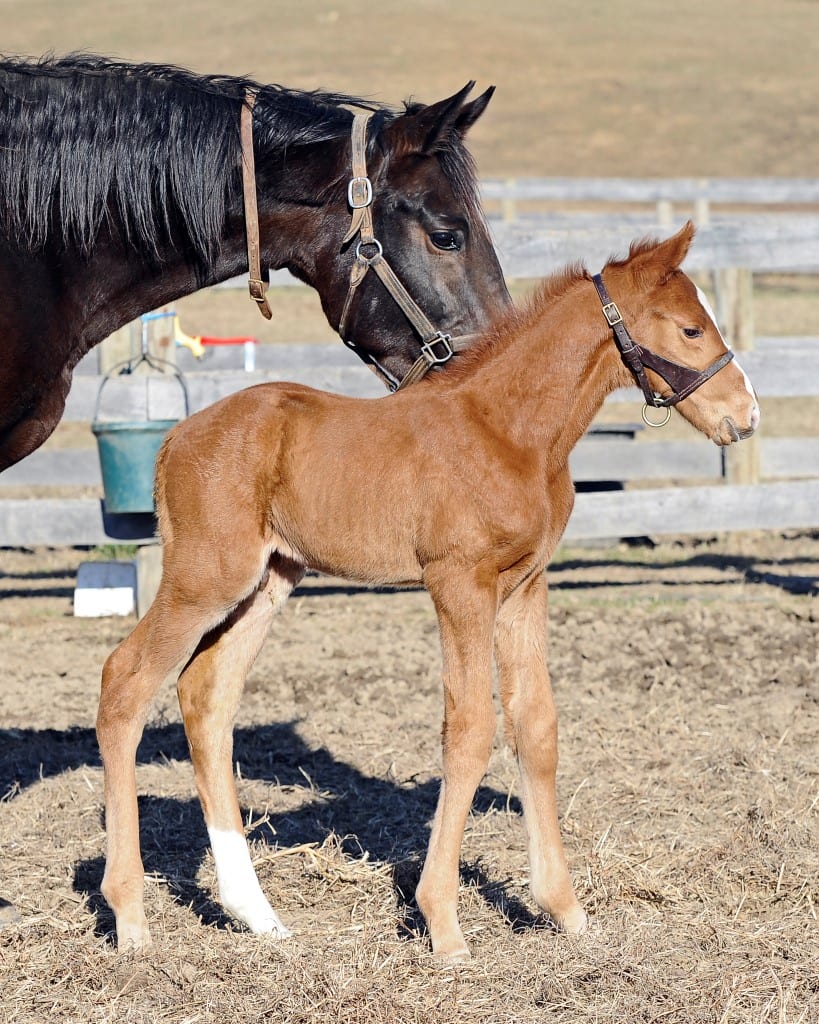 The first foal of young stallion Long River is a colt out of an American Lion mare. Photo by Lydia Williams.

The first foal for Long River (A.P. Indy x Round Pond, by Awesome again) arrived at Anchor & Hope Farm in Port Deposit, Maryland on January 23 for breeder Lady Olivia @ Northcliff. The chestnut colt is out of the American Lion mare Jo Bee who is a half to four winners, including stakes winner Here Comes Polly.

Bred by Darley and raced by Godolphin Racing, Long River had four wins in the United States for trainer Kiaran McLaughlin, including the Evening Attire Stakes and Time for a Change Stakes. His career also includes a third-place finish behind classic-winning Tonalist in the 2014 Jockey Club Gold Cup Stakes (G1), a third in the Hagyard Fayette Stakes (G2) at Keeneland, and a second in the Excelsior Stakes (G3) at Aqueduct. After being transferred to Dubai, Long River took the Al Maktoum Challenge Round 3 Sponsored by Emirates Airline (G1) in gate-to-wire fashion after finishing second to La Bernardin in Round 1 of the group 2 Al Maktoum Challenge. Long River was retired with a record of 5-4-2 in 27 starts and earnings of $770,347.

Long River is out of the 2006 Emirates Airline Breeders’ Cup Distaff (G1) and 2005 Acorn Stakes (G1) winner Round Pond (by Awesome Again), who earned $1,998,700 on the track. Round Pond was sold to Darley in 2007 as a broodmare prospect for a then-record $5.75 million. Round Pond is out of the Trempolino mare Gift of Dance, who is a half sister to influential sires and champions Black Minnaloushe and Pennekamp.

“He’s pretty much an exact replica of his father,” said owner/operator of Anchor & Hope Farm Louis Merryman. “He’s not only the first foal by Long River, but also our first foal of the season. He’s still the only foal on the ground, so we’ve been able to stop and watch him more. He’s doing everything right and we’re looking forward to the rest of Long River’s foals.”

Long River stands at Anchor & Hope Farm for an advertised fee of $3,000. 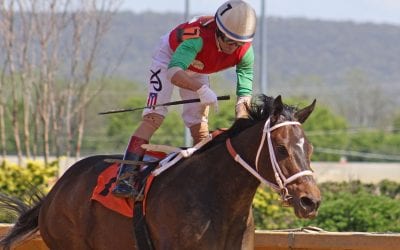 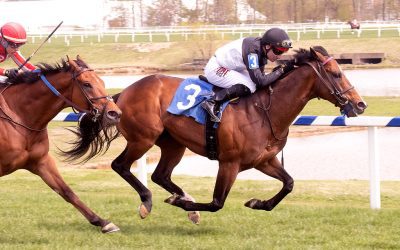