Which Maryland jockeys are nearing milestones? 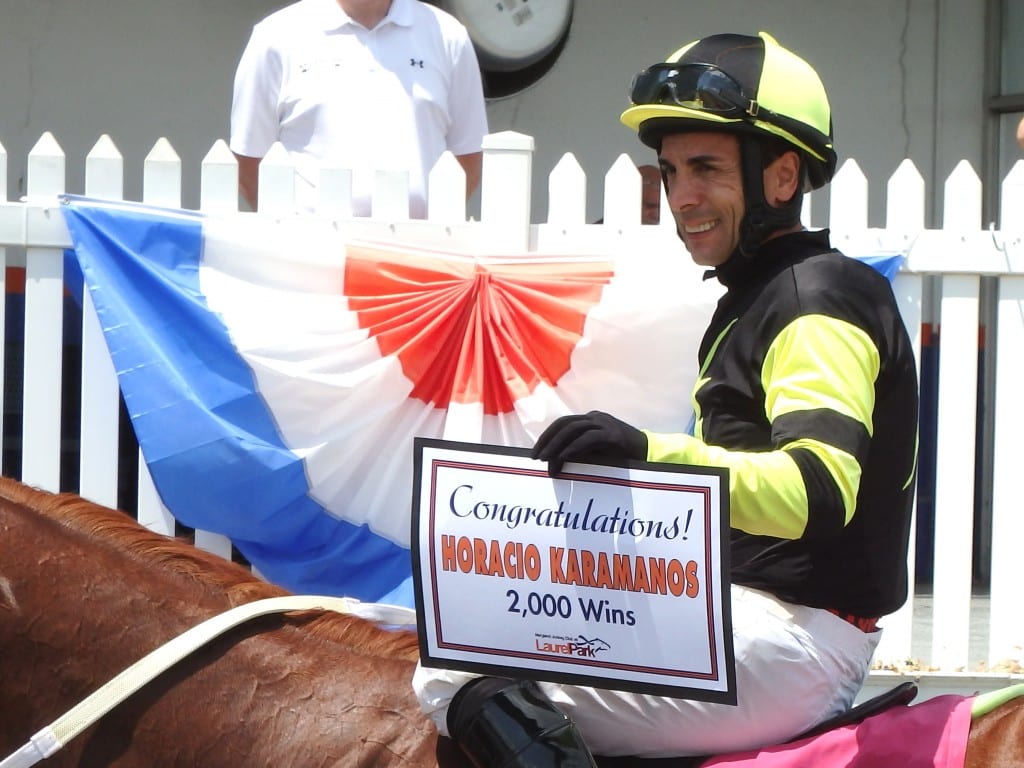 Nice to get that out of the way.

But while Carrasco won’t likely be the last Maryland-based (or at least frequently present in Maryland) jockey to reach a milestone this year, he will be the last for a little while.

We reviewed the list of all the jockeys who won at least 10 races at Laurel Park last year, of whom there are 30. Assuming decent health, three of them are virtual certainties to reach a milestone this year, and a handful others range from pretty likely to having an outside chance.

The closest is Angel Cruz. The rider, who won 39 times at Laurel in 2019, is just 27 wins away from 500 for his career. Since he’s exceeded 27 wins in every year of his career, he’s a near-certainty as long as he’s healthy.

A few other riders are in with a shot but may have to hustle.

The most likely of those is Daniel Centeno, currently riding at Tampa Bay Downs. Centeno needs 103 wins to reach 3,000 in his career. While that’s a ways away, the most recent year that Centeno did not reach at least 111 wins was 2003 – at the beginning of his career – so you’d have to say that history’s on his side.

Carol Cedeno is another with a legit shot. She’s 102 wins shy of reaching 1,000 and has won more than what she needs in two of the last four years.

Among the riders who spend a decent amount of time in Maryland, Acosta and Centeno are the career wins leaders. They’re followed by Horacio Karamanos (2,209 wins in North America, which doesn’t include another 2,000 in his native Argentina) and Julian Pimentel (1,716 victories).