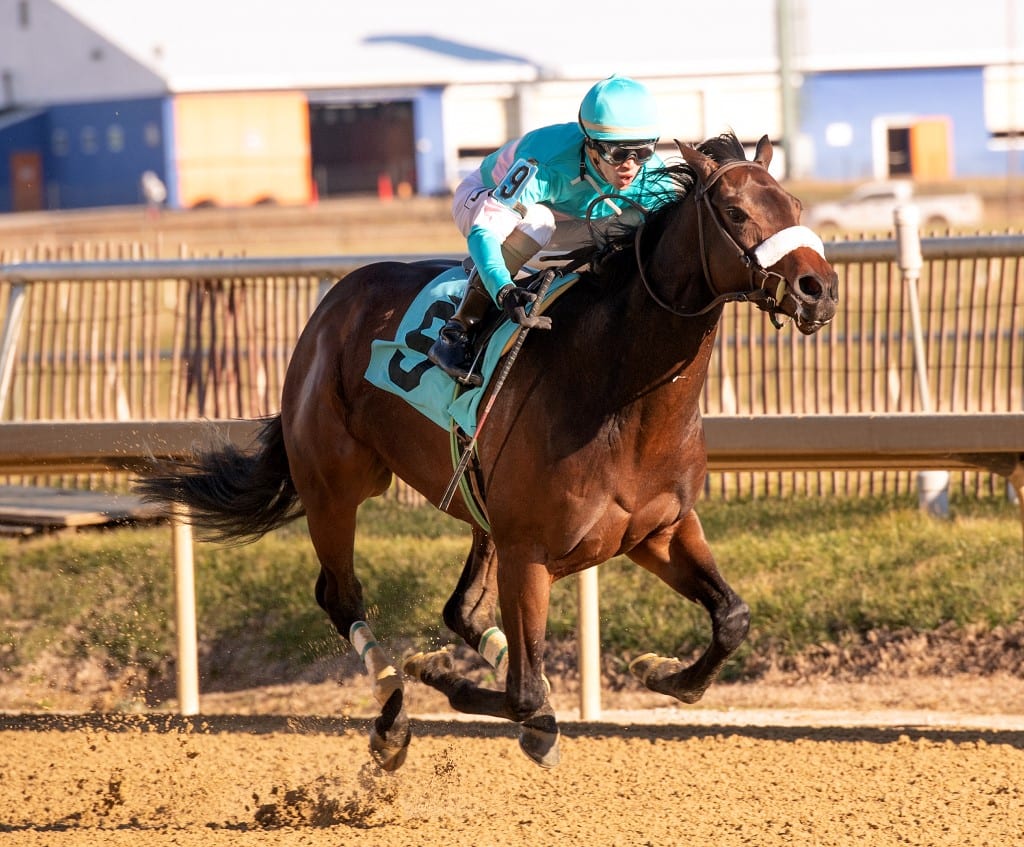 The Pennsylvania-bred Autonomous cost $300,000 as a yearling last September, and if she’s going to make that money back, Wednesday’s $100,000 Blue Mountain Juvenile Fillies Stakes for state-breds would be a good place to start.

The Blue Mountain is one of two undercard stakes supporting the $200,000 Fabulous Strike.

Autonomous, a daughter of Quality Road who was bred by Blackstone Farm LLC, made her debut a winning one November 3 at Aqueduct. The Chad Brown trainee led virtually throughout en route to a four-length triumph in 1:10 4/5 for six furlongs.

Since that win, she has posted two half-mile breezes at Brown’s Belmont base. Kendrick Carmouche will have the mount on Autonomous, who is the 6-5 morning line favorite.

The Ed Coletti-trained Lula’s Roadrunner (7-2 morning line) won at first asking in June at Parx Racing. While she hasn’t won since, she did place in a state-bred stake at Presque Isle and last out was fourth in the Parx Juvenile Fillies. Roberto Rosado will ride.

Ebo Special (4-1) has a win from four starts for trainer Butch Reid and last out was second in a Laurel allowance behind the talented Bella Aurora. Frankie Pennington will ride.

And Precious (9-2), from the hard-hitting John Servis barn, was a 14-length winner on debut, a race from which the show horse returned to graduate. Trevor McCarthy has the mount.

If the Blue Mountain seems to run through one major player, the 1 1/16-mile Swatara, for older runners, which goes as the second race, is the opposite: a wide-open affair where many runners have legit claims to contention.

The morning line favorite is Name Changer. Now trained by Jorge Duarte, Jr., the six-year-old son of Uncle Mo enjoyed a productive 2018 under the tutelage of Alan Goldberg in which he won four times, including a score in the Grade 3 Monmouth Cup. He has not raced since a win last December, which could make this one a challenge, but has attracted the services of Irad Ortiz, Jr. to ride.

If he’s not all the way back, there are other ways to go. Penn lover Monongahela (6-1) returns to a track at which he owns four wins. The Jason Servis trainee won the Grade 3 Iselin at Monmouth over the summer and, after recent tries in Grade 1 and Grade 2 company, should appreciate the class relief today. Jorge Vargas, Jr. will ride.

Jason Servis’ brother John will send out Someday Jones (4-1), a son of Smarty Jones who last out went over $500,000 in earnings. He’s finished in the exacta in his last four main-track starts, including a win in the Roanoke Stakes for state-breds, and will have Frankie Pennington in the irons.

Wait for It (9-2) ran second last out in a Parx allowance in his first start in over five months. The stakes-placed Ed Coletti trainee ran an up-close fourth in the Grade 3 Pimlico Special prior to his break and had won two of three starts before that. Kendrick Carmouche will ride.

Finally, Forewarned (6-1), from the often-tilting-at-windmills barn of Uriah St. Lewis, enters off a win in a 1 ¼-mile stake for Ohio-breds at Mahoning Valley. Prior to that, he’d been a well-beaten third – behind next-out Breeders’ Cup Dirt Mile winner Spun to Run – in the M. P. Ballezzi Appreciation Mile Stakes at Parx.

The Swatara is the second race on the nine-race card, and the Blue Mountain Juvenile Fillies is the third. Post time for the card is 6:00 p.m.