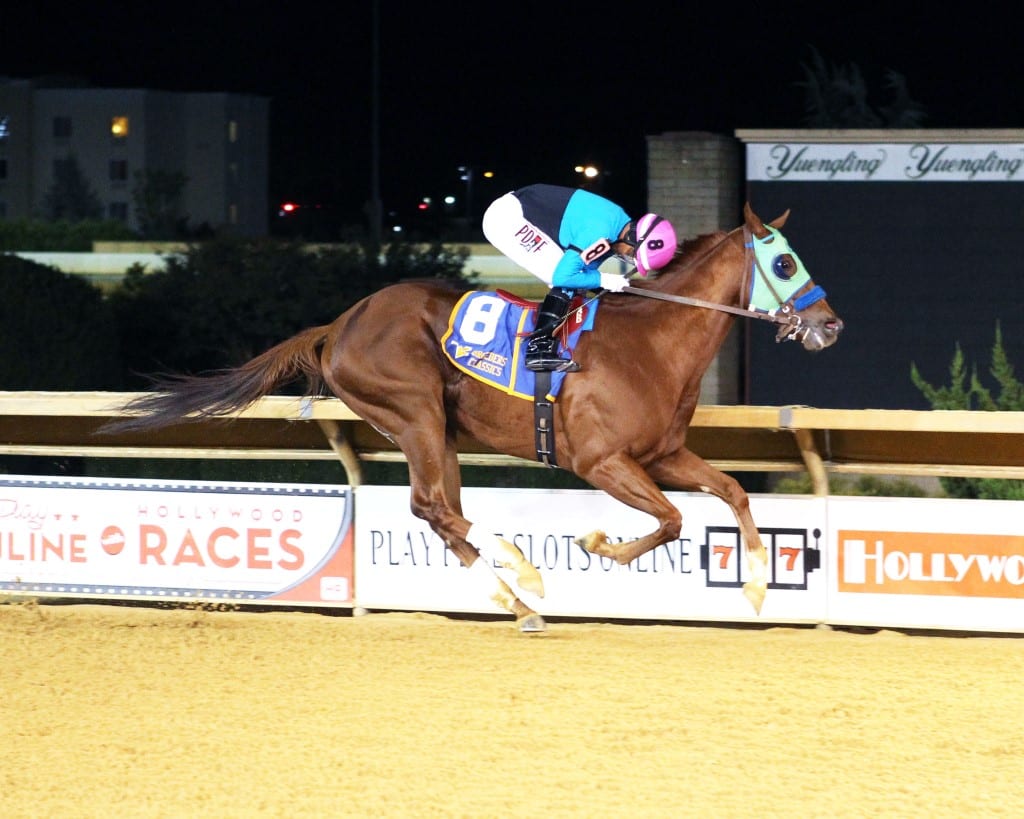 The top five from last month’s West Virginia Breeders’ Classic are all set to square off in Saturday’s $50,000 A Huevo Stakes for West Virginia-breds at Charles Town Races.

But the favorite comes from a different race altogether.

Penguin Power romped at 1-5 odds in the Onion Juice on the Classic undercard last month, and the Jeff Runco trainee has been installed as the 8-5 morning line favorite. The four-year-old Fiber Sonde gelding has won nine of 11 career starts and figures to be a forward factor in the early running in nine-furlong A Huevo, which has been thrown wide open with defending champ Runnin’toluvya getting some time off after a rough outing on Classics night.

Penguin Power took down Runnin’toluvya in the seven-furlong Frank Gall Memorial, a WVBC prep in September, before taking the seven-furlong Onion Juice. If he is able to stretch out, with not just two additional furlongs but also a third turn in the A Huevo, he could be tough in this contest. Arnaldo Bocachica has the mount.

The Breeders Classic winner, Castle Bound, is also entered here, but bettors cannot anticipate anything like the 68-1 they got on him that night when, under Gustavo Larrosa, he rallied while widest to get up at the wire by a head. Larrosa has the return call on a horse who’s won eight of 30 career starts while posting earnings of nearly $290,000. Castle Bound, a homebred for owner-trainer James W. Casey, is 5-1 on the morning line.

Castle Bound’s strong late rally enabled him to overhaul a pair of Runco-trained runners, Opera Nite, who finished second after leading thoughout, and North Atlantic, who finished third. Both are back for the A Huevo.

North Atlantic, with Gerald Almodovar up, is 4-1 on the morning line, while Opera Nite (Luis Batista) is 9-2. North Atlantic, an earner of more than $500,000, has been second or third in the last three runnings of the Breeders Classic and won the A Huevo in 2017. Opera Nite has won seven of 18 career starts with earnings past $200,000 — and ran a huge race in the Breeders’ Classic — but has yet to record a stakes win.

Also back from the Breeders’ Classic are fourth-place finisher Buff’s Eye View (6-1) and fifth-place runner Captain Charitable (20-1). Buff’s Eye View, beaten just a couple of lengths for all the money, is a David Walters-trained son of Buffum. He’s won four of 13 career starts, including the 2018 West Virginia Lottery Breeders’ Classic for sophomores, and will have Jose Montano up.