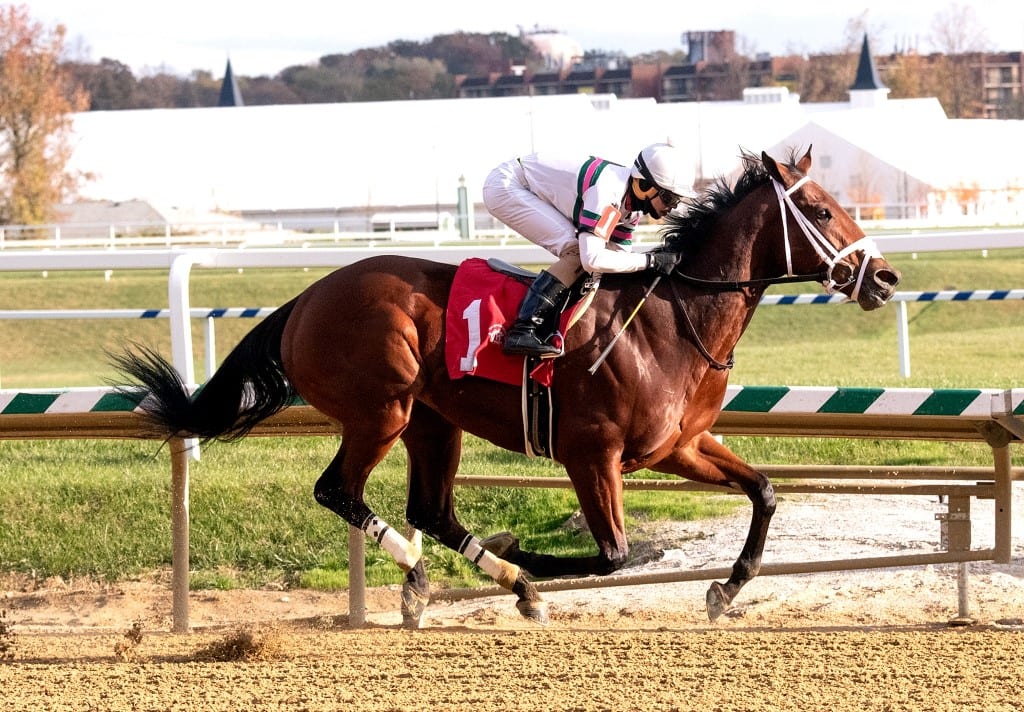 With regular rider Alex Cintron aboard for trainer Jose Camejo, Minit to Stardom ($3.20) ran six furlongs in 1:10.19 over a fast main track in the open $55,000 allowance for fillies and mares 3 and older.

It was the first start for Minit to Stardom since finishing second to Come Dancing in the Gallant Bloom (G2) Sept. 22 at Belmont Park. The loss snapped a three-race win streak that was capped by a front-running victory in the Honorable Miss (G2) July 24 at Saratoga.

“I think she likes this weather. She likes it up north,” the Delta Downs (La.) based Camejo said. “She’s getting better and better and we take care of her and keep her happy.”

Sent off at 3-5, Minit to Stardom broke from the rail and settled in fourth as Baby Boss, Decoupage and Zorally tussled for the lead in a tightly packed bunch through a quarter-mile in 22.50 seconds. Cintron kept Minit to Stardom inside and she asserted her class midway on the turn after a half in 45.98, surging to the lead and pulling away once straightened for home.

“We’re just trying to keep her sound and trying to find easy spots like today and continue her success,” Camejo said.

The next stop will be Champions Day Dec. 14 at Fair Grounds in New Orleans, but Camejo didn’t rule out another return to Laurel, where Minit to Stardom is now 2-0 lifetime including an optional claiming win over its world-class turf course June 7.

“We’ll think about it,” Camejo said. “The plans are on the table and anything that’s in her favor, we can do it.”