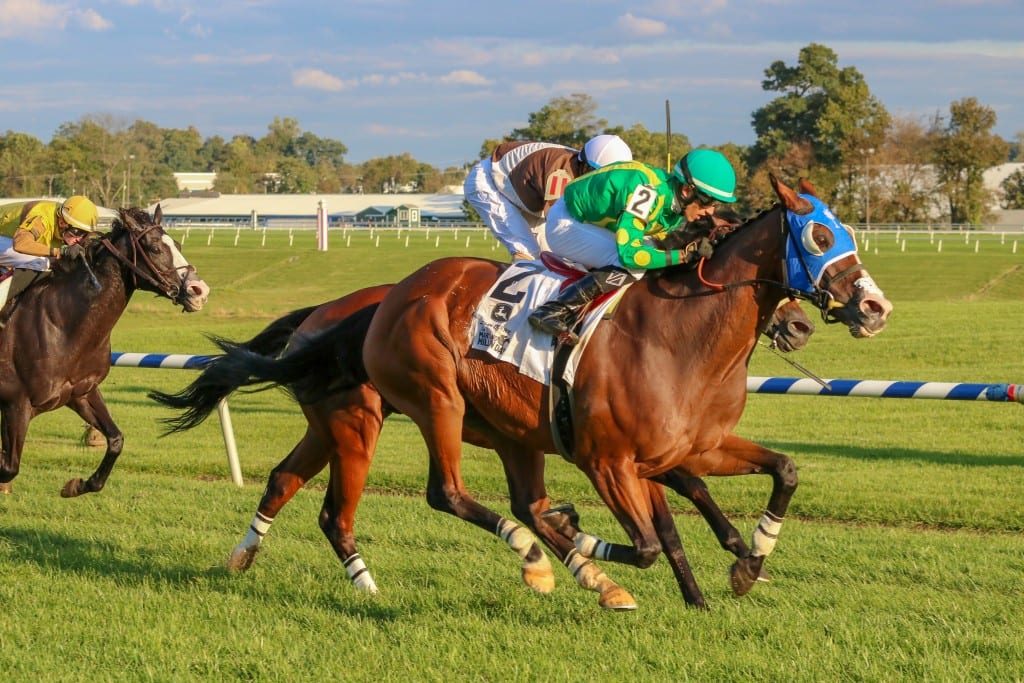 Trainer Hamilton Smith said the 9-year-old Great Notion gelding has been retired after winning eight of 40 lifetime starts and $456,556 in purse earnings. Among his victories were the 2014 and 2018 Turf and the 2015 Henry S. Clark Stakes.

“He was a real good one,” Smith said. “He was a hard-knocker and really a nice horse to be around.”

Talk Show Man was winless in two starts this year, finishing sixth in the Henry Clark April 20 and seventh in the Prince George’s County Stakes June 16. He was given a break at Harrison’s Willowdale Farm in Butler, Md., where a leg injury was discovered.

“We had him in training here and he wanted to give him some time off and freshen him up,” Smith said. “We sent him home, and when it was time to bring him back he said he had a profile on one tendon and he was just going to go ahead and retire him. I said that was the best thing to do, and he was retired.”

Last month, Hillwood Stable’s Phlash Phelps was retired at the age of 8 with seven wins, four in stakes, and $434,801 in purse earnings. He was the Maryland-bred turf champion of 2015.