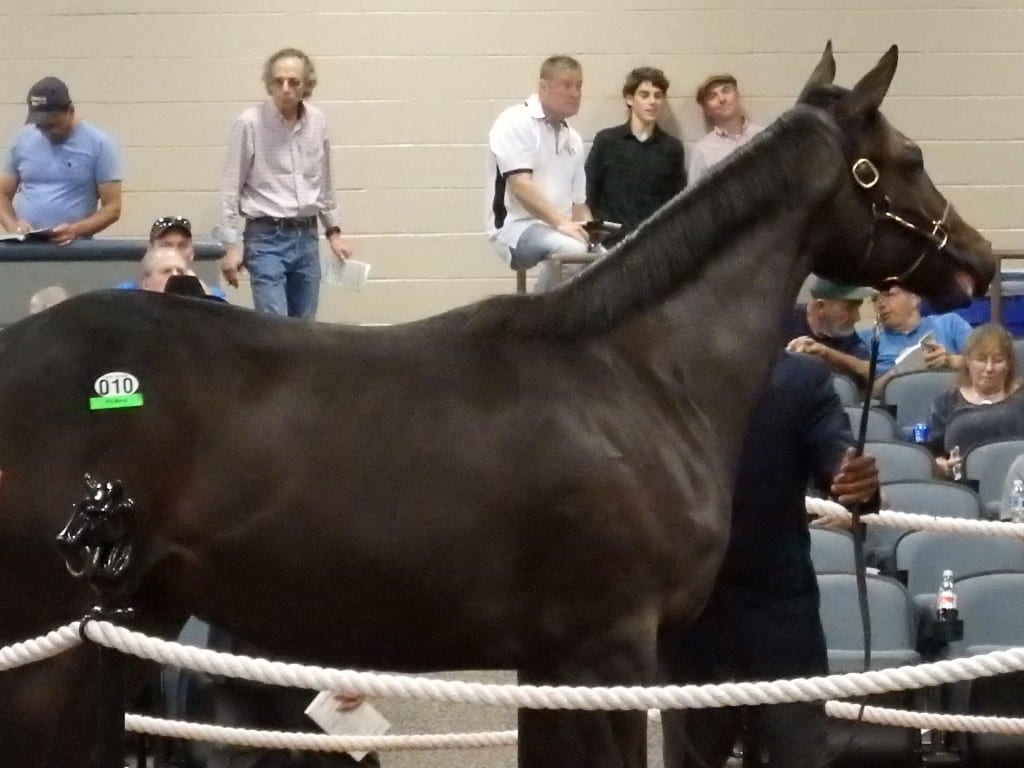 This year’s sale, by the numbers:

What’s more, there are more than twice as many Maryland-breds as horses bred in any other state, with New York, with 81 hips, the nearest pursuer. So if you’re in the market for a Maryland-bred, this sale’s for you. On the flip side, one horse was bred in each of three locations, Minnesota, New Jersey, and Ontario.

Of the top nine sires represented in the sale, six stand in Maryland.

That group includes sale leader Mosler, followed by Golden Lad, Great Notion, Imagining, Bandbox, and Bourbon Courage, with all but Great Notion on the younger side. The top group also includes two — Uncle Lino and Jump Start — standing in Pennsylvania. Here are the top 20, including ties for 20th:

For good measure, the top damsires, Not for Love (21 hips) and Two Punch (tied with Tiznow, with eight each) both also stood in Maryland in their careers.