Travers, Big T and more: The week in social media 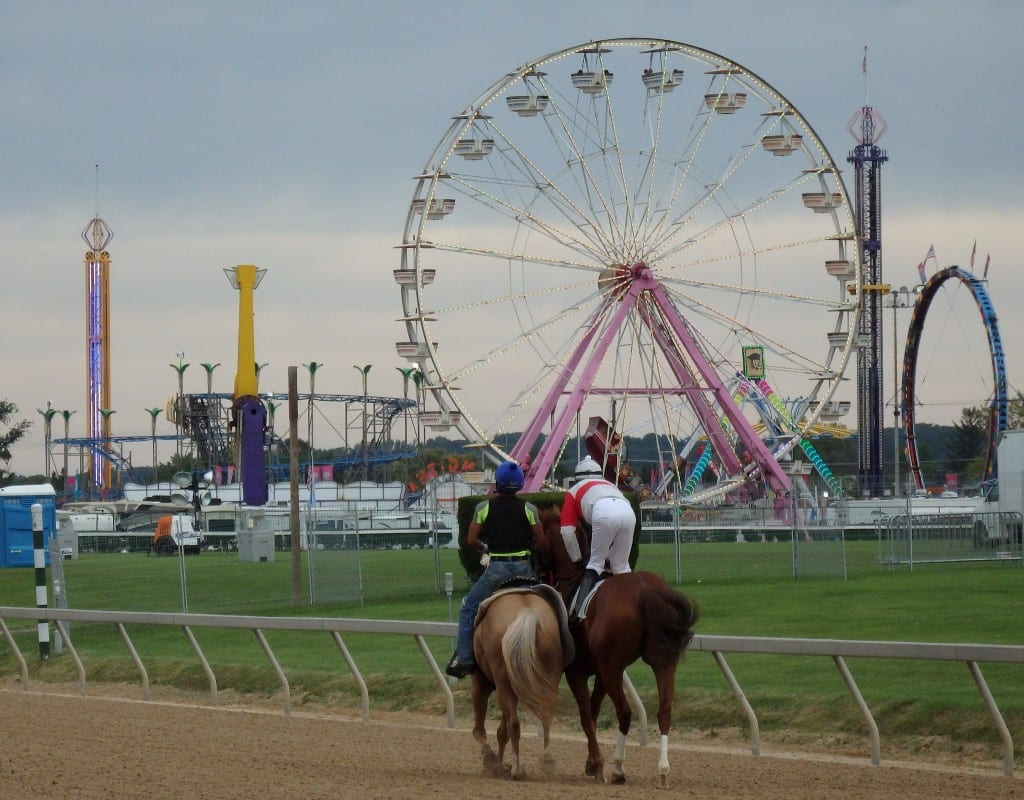 Action at Timonium. Photo by The Racing Biz.

Thoroughbred racing is in full swing at the Maryland State Fair, improvements are being made to the turf course at Laurel Park, and the historical Travers Stakes is highlighting the racing world this weekend.

Here is what the racing world has been buzzing about this week:

One of the highlights of the summer racing season is coming up on Saturday, August 24. The $1.25 million Travers Stakes (G1) will be taking place at Saratoga and post positions for the historical “Mid-Summer Derby” were drawn on Tuesday.

A field of 12 will assemble for the Travers Stakes, with honors as the 5-2 morning line favorite going to Belmont Stakes runner-up, Tacitus. There was a bit of disappointment in the air when it was announced that top runners such as Maximum Security, Game Winner, and War of Will would all be on the sidelines for the big event, but fans will still see a large field of quality runners in the 1 ¼-mile event. Along with Tacitus, this year’s edition of the Travers Stakes has attracted Owendale, Code of Honor, Highest Honors, Laughing Fox, Everfast, Mucho Gusto, Chess Chief, Looking at Bikinis, Scars are Cool, Endorsed, and Tax.

The field for the 150th Running of the Runhappy Travers! #Travers150 pic.twitter.com/m4QvCtKKsp

Thoroughbred horse racing kicks off at the Maryland State Fair in Timonium this week, beginning on August 23.

There will be over $185,000 in purse money each day, and there are two stakes races on the schedule. On August 24 the $75,000 Maryland Coalition Stakes will be held for horses three-years-old and up, at a distance of 6 ½ furlongs. The second stakes event, the Timonium Distaff, will take place on August 31. Maryland bred and sired fillies and mares will compete in the 6 ½ furlong dash for a purse of $75,000.

Improvements to the Laurel lawn

While live Thoroughbred horse racing will be taking place at the Maryland State Fair in Timonium, Laurel Park will be working on improving its turf course.

The outside rail is scheduled to be replaced with a safety rail, and work will also be done on the grass itself. There are plans for the turf to be aerated, reseeded, and fertilized before the fall meets begins on September 6. This type of work will not only make the course more aesthetically pleasing, but will also improve the grass and its roots, allowing the turf to drain faster and grow stronger which will improve the racing surface.