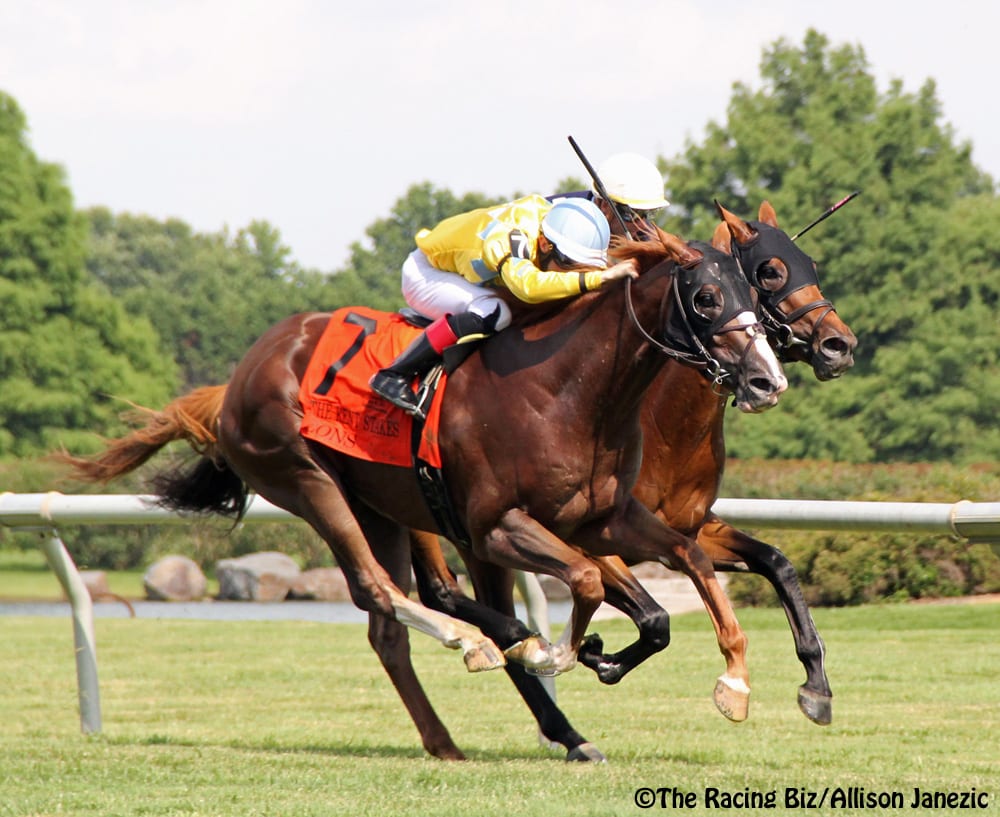 With Trevor McCarthy aboard, the son of Giant’s Causeway won by a neck and returned $10.40 as the third choice in the field of seven. The even-money favorite, Award Winner with Corey Lanerie, finished second. It was another three lengths farther back to Surf and Turf, with Joe Bravo, in third. Eons covered the mile and an eighth in 1:49.26 over a firm turf course.

The Kentucky-bred conditioned by Arnaud Delacour raised his career record to four wins from six starts with earnings of $229,165. In his previous outing, he won the local prep for the Kent Stakes, the $50,000 Stanton Stakes at Delaware Park on June 12. On April 11, he broke his maiden going a mile and a sixteenth on the Keeneland turf course and on May 17, he won a mile and a sixteenth turf allowance at Pimlico.

“He is getting better with each day – like good wine,” said winning trainer Arnaud Delacour. “We thought the added distance would help him and he proved it today. I would not be opposed to even running him in longer, but we will see what is available. Running him at Saratoga is definitely an option. After winning the Kent, you got to feel good about the fact we could step him up which is something we will consider if the horse is well and he comes back okay.”

NOTES Trainer Arnaud Delacour also sent out the winner of the day’s ungraded turf stake, the 1 1/2-mile Cape Henlopen. That went to Canessar, with Feargal Lynch up, who covered the distance in a course-record 2:25.21 to win by 1 3/4 lengths over 20-1 outsider Surprise Twist. O Dionysus, the defending champ, was third. It was Canessar’s seventh win in 20 career starts, and he’s earned over $350,000…