Colonial Downs mount fees to be tops in region 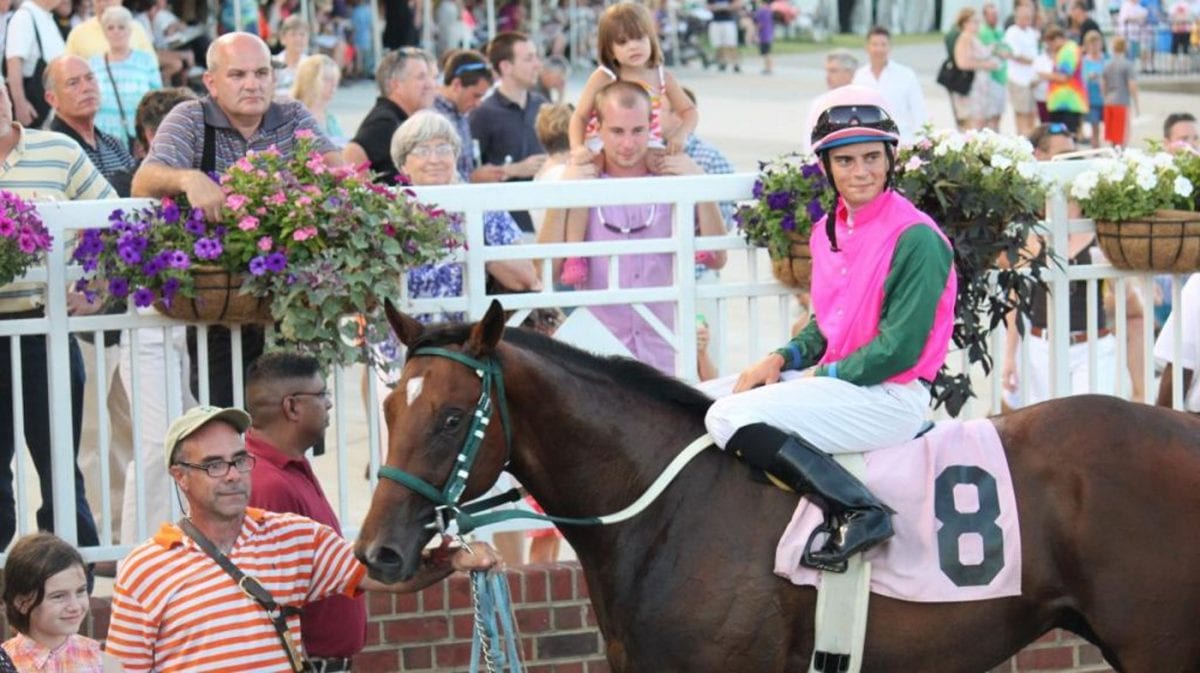 Long on Value at Colonial Downsin 2013, with Sheldon Russell up. Photo by Nick Hahn.

The Jockeys’ Guild and the Virginia HBPA have reached an agreement on a mount fee schedule for races to be run at Colonial Downs beginning with their opening day, August 8, 2019.

“I would like to thank Frank Petramalo, Jr., Executive Director of the Virginia HBPA and his board of directors for working with the Guild to reach this agreement,” said Terry Meyocks, President and CEO of the Jockeys’ Guild. “We are excited to see racing return to Colonial Downs which is noted for its turf racing program and the widest grass course in the country. We would also like to thank Jill Byrne, vice president of racing operations for prioritizing health and safety for the horses and riders for the upcoming meet.”

“We’re delighted with the reopening of Colonial Downs, which has one of the best turf courses in America. We invite all jockeys to come and ‘kick some grass’ in Virginia,” said Frank Petramalo, Jr.

The 2019 Colonial Downs meet will be conducted on Thursdays, Fridays and Saturdays from August 8 through September 7.