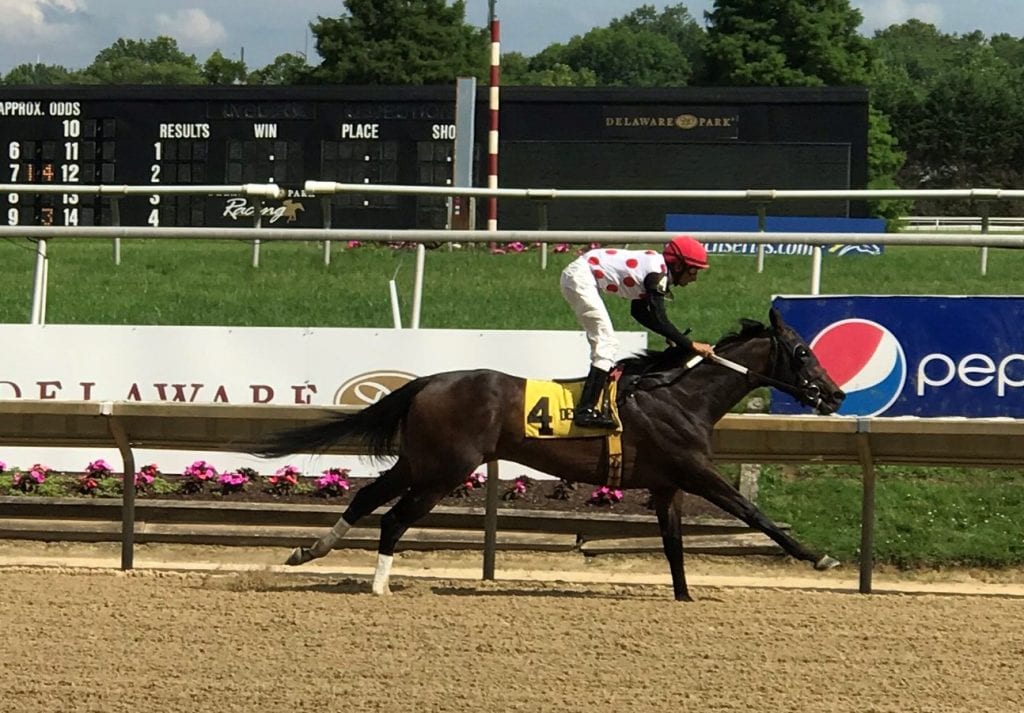 Photo of Souper Escape courtesy of Delaware Park, via Twitter.

Live Oak Plantation’s Souper Escape won the $50,000 Christiana Stakes at Delaware Park today. The Christiana Stakes was originally scheduled to be run on the turf course, but was transferred to the main track due to heavy thunderstorms in the area last night and early this morning.

With Julian Pimentel aboard, the daughter of Medaglia d’Oro won by a three lengths and returned $8.20. Pat’s No Fool, with Jorge Ruiz, finished second. It was another 2 ½ lengths farther back to Ebullient, with Victor Carrasco in third. The 2-1 favorite, Mercilla with Jorge Vargas Jr., finished fifth in the field of six. Souper Escape covered the mile and a sixteenth in 1:46.07 on a fast track.

The Florida-bred conditioned by Michael Trombetta raised her career record to three wins from seven starts with earnings of $80,340.

“We broke sharp and she was very comfortable,” said winning jockey Julian Pimentel. “When the horse outside of us applied a little pressure on us, I let her go out a little bit. When it was time to go, she responded positively.”