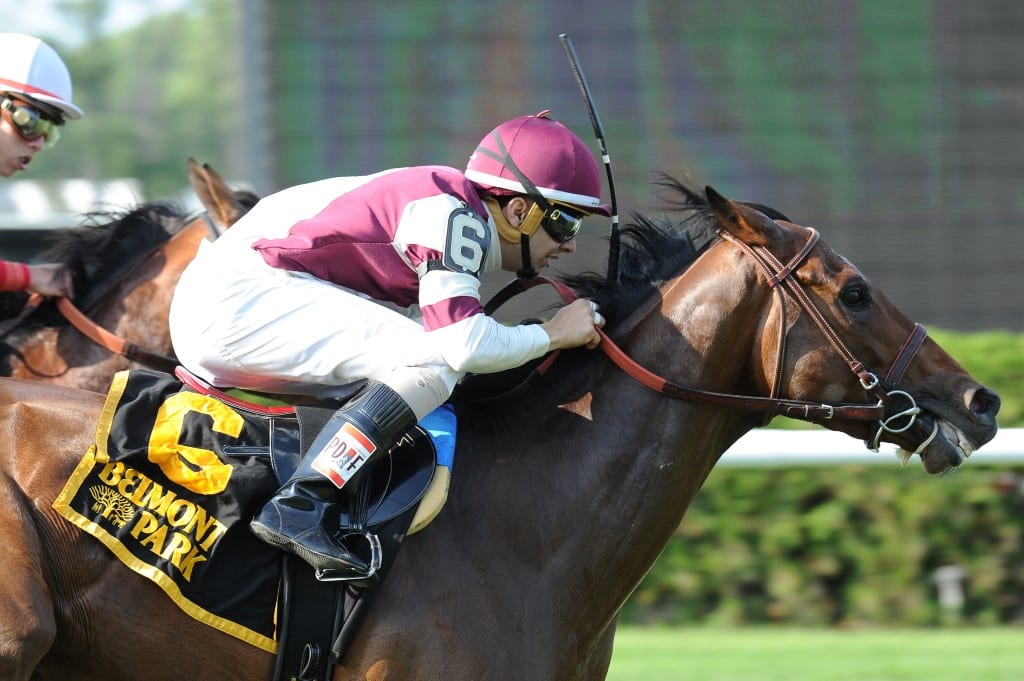 The inaugural 1 1/16-mile Prince George’s County for 3-year-olds and up over Laurel’s world-class turf course is among four stakes worth $400,000 in purses on a special nine-race Father’s Day program that kicks off the $1.1 million stakes schedule during Laurel’s 43-day summer meet.

In addition to live racing, from noon to 5 p.m. Laurel will host Cars, Cigars & Barbecue, one of the most unique Father’s Day celebrations in the Mid-Atlantic. The day will offer families barbecue specials, cigar rolling, yard games and a car display featuring the Asphalt Angels and Lost in the 50s car clubs.

Divisidero has raced 25 times at 10 tracks in Florida, New York, Kentucky, Illinois, New Jersey, Louisiana and Canada, and has not competed at the same track in back-to-back starts since the winter of 2017, a season capped by a second straight triumph in the Turf Classic (G1) for previous trainer Buff Bradley.

Based with Kelly Rubley at Fair Hill Training Center in Elkton, Md. since last year, 7-year-old Divisidero will be racing for the first time at a track in his home state and the first time anywhere since closing to be fourth, beaten 2 ½ lengths by Bricks and Mortar, in the Muniz Memorial Handicap (G2) March 23 at Fair Grounds.

It was nearly two months later that Divisidero had his first time work out of that race, and he has tuned up with three subsequent breezes over Fair Hill’s all-weather surface including an easy half-mile in 49 seconds June 9.

“We just gave him a little time to freshen up and he’s come back and worked a couple of times very nicely and I think he’s moving forward. He’ll look good in there,” Rubley said. “He certainly loves the Fair Hill scenario. He gets his daily turnout and he gallops in the fields a lot. We just work really hard to keep him happy and it seems to be working.”

Divisidero was second in his seasonal debut, a half-length behind Inspector Lynley in the Tampa Bay Stakes (G3) Feb. 9 at Tampa Bay Downs prior to the 1 1/8-mile Muniz, where he wound up chasing a slow pace and was unable to catch a horse that has reeled off five consecutive wins, three in Grade 1 company, including the richest grass race in North America, the $7 million Pegasus World Cup Turf Invitational Jan. 26 at Gulfstream Park.

“The [Muniz] just didn’t play out the way we hoped it would. There seemed to be no pace,” Rubley said. “They went in 51 [seconds] for the half, so I think the fact that he closed into that pace was pretty remarkable. I was pleased with the race.”

In seven tries at 1 1/16 miles, Divisidero has been worse than third just once with two wins, two seconds and two thirds. Jevian Toledo, Maryland’s overall leading rider in 2015 and 2017, was replaced by Florent Geroux in the Muniz but gets a return call from Post 2 at 122 pounds.

In his first season for Rubley, Divisidero had one win, one second and one third and earned $284,589 in purses, his triumph in the Arlington Handicap (G3) giving the trainer her first career graded victory. Three starts later, Divisidero ran fourth by less than a length in the Breeders’ Cup Mile (G1) at odds of 43-1.

“He is just like any other horse, but we were very excited to have him. He had a great year last year,” Rubley said. “Making it to the Breeders’ Cup was a goal and I thought he ran a spectacular race there. He steps up when you need him to and we’re hopeful that we have a great year ahead of us.

“He’s just a great, classy horse,” she added. “He’s a lot of fun to be around. He’s very happy and he seems to still be in love with training at 7 years old, so we’re grateful to have him in the barn.”

The other Grade 1 winner in the field is Lael Stable’s The Great Day, who captured the Estrellas Classic (G1) on dirt in his native Argentina last summer in what turned out to be his 2018 finale. The 5-year-old son of Harlan’s Holiday, second in the 2017 Jockey Club (G1) on grass, will be making his first North American start.

“He’s been working very well over the [all-weather] track at Fair Hill, so I’m going to try him in there,” trainer Arnaud Delacour said. “He’s a horse we took our time with. Most horses that come from South America need almost a full year to get acclimated and do well again. He’s got some great credentials in Argentina but I want to see if the form translates from what he’s done over there to here. I’m excited to run him. He’s really ready.”

The Great Day, who will have Jorge Vargas Jr. aboard from outside Post 9, has run at 1 ¼ miles or longer in each of his last six starts and will be cutting back to his shortest distance since winning the one-mile Polla de Potrillos (G1) in September 2017.

“I don’t think that’s a problem, especially off the layoff. He’s showing plenty of speed in his workouts,” Delacour said. “It’s a starting point. Maybe we have to go a little bit longer at some stretch with him, but I’m happy to bring him back at that distance.”

Delacour will also send out Riverdee Stable’s Douglas Road for his stakes debut. The 5-year-old won an entry-level allowance going 1 1/16 miles on the turf last summer and a second-level optional claiming allowance rained off the grass in the fall, and most recently was fifth by two lengths to 2017 Maryland Million Classic winner Bonus Points in a third-level spot Nov. 11 – all at Laurel.

“He did pretty well for us at Laurel last year,” Delacour said. “Sometimes the three-other-thans are as tough as a stake, if they go, so we may as well try him in a stake and see how he does. He’s also coming off the layoff and we’re very happy with him.

“Off the turf he showed good closing speed, so he’s versatile,” he added. “He can go dirt or turf but I think that bringing him back on the turf is a little bit easier off the layoff. I can have him a little less tight so we can get away with it.”

Co-topweight at 126 pounds is Larry Pratt and Dave Alden’s Doctor Mounty, a two-time Grade 3 winner for Hall of Fame trainer Shug McGaughey, including the Baltimore-Washington International Turf Cup last fall at Laurel, where he owns four wins in seven lifetime tries. Winner of the Tropical Turf (G3) at Gulfstream to open 2019, he was sixth in the 1 1/8-mile Fort Marcy over a soft course May 4 at Belmont Park last out.

Skeedattle Stable’s Just Howard was Maryland’s champion 3-year-old and turf horse and Horse of the Year as a 3-year-old in 2017, taking the Commonwealth Derby (G3) at Laurel to cap a three-stakes win streak. He has won just one of nine starts since, five of them in graded company, and came off a layoff to be beaten less than a length in each of his two 2019 races – the Henry S. Clark Stakes behind stablemate Irish Strait and the Dixie (G2) to multiple Grade 1 winner Catholic Boy May 18 at Pimlico Race Course.

“I thought he ran a great race. It might have been one of his best races, to be honest,” trainer Graham Motion said. “I’ve felt like he’s every bit as good as he was when he was at his best as a 3-year-old, so it was kind of reassuring to see him come out and run like that.”

“I’ve said it before but he’s an unlucky horse, he really is,” he added. “He’s a very nice to be around and everything. I think he goes a little further, but he definitely handles the mile and a sixteenth. I certainly feel good about running him.”

Trevor McCarthy, winner of the last four race meets in Maryland, is named to ride from Post 1 at 122 pounds.

Dr. Michael J. Harrison’s Maryland-homebred Talk Show Man is a three-time grass stakes winner in his home state including the 2014 and 2018 Maryland Million Turf. Trained by Hamilton Smith, he was sixth in the Henry Clark, his first start in four months, and has eight wins and $456,566 in purses from 39 lifetime starts.

“He needed the last race,” Smith said. “I was kind of rushed to get into it so he definitely needed it. He didn’t run too bad. Hopefully he should be more ready this time than he was then and he’ll perform a little better for us. He always tries, no matter what.”

Completing the field are 2018 Nearctic (G3) winner Hembree, the 126-pound co-topweight most recently second in the Opening Verse Overnight Stakes May 2 for trainer Mike Maker; O Dionysus, a stakes winner on turf and dirt; and Parlor, second in the Commonwealth Turf (G3) and third in the Arlington Classic (G3) in 2017.