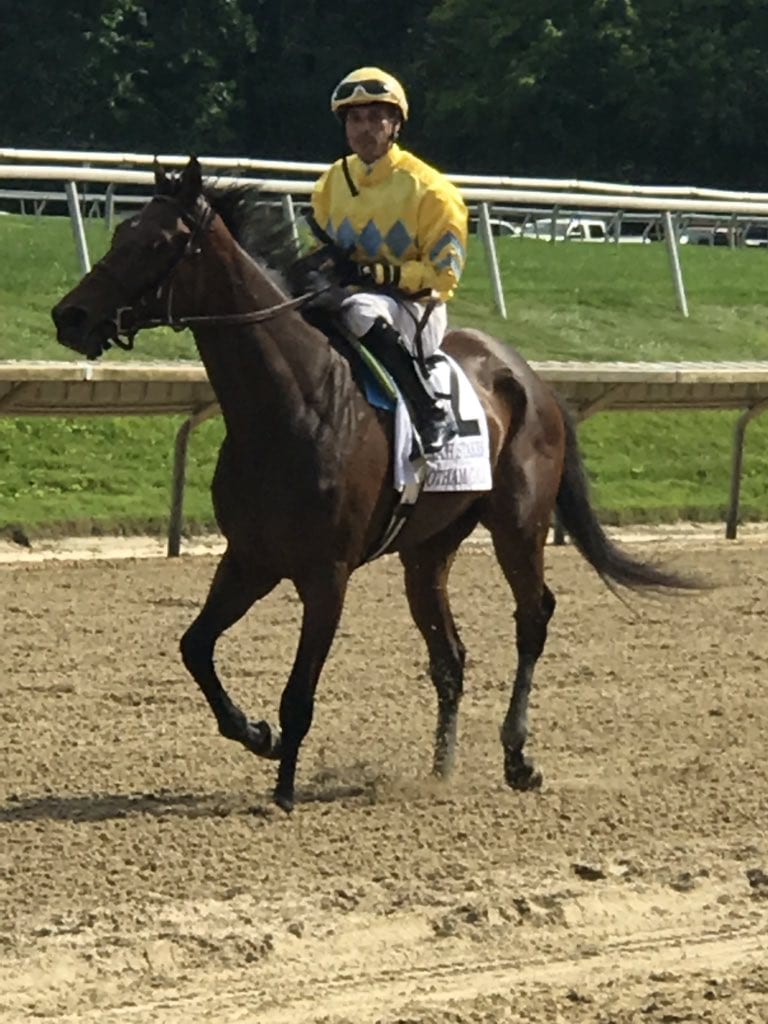 With Daniel Centeno aboard, the daughter of Smart Strike won by a 3 ¼-lengths and returned $17.40 as the fourth-choice in the field of six. Goodonehoney, with Frankie Pennington, finished second. It was another a neck farther back to the even-money favorite Another Broad, with Trevor McCarthy in third. Gotham Gala covered the mile and a eighth in 1:50.74 on a fast main track.

The Kentucky-bred conditioned by Arnaud Delacour raised her career record to 3 wins from eight starts with earnings of $119,090. In her previous outing, she finished third in a mile and seventy yard allowance at Monmouth Park on May 25.

“I am very happy for the owner Mark Grier,” said winning trainer Arnaud Delacour who has won three straight Delaware Park Stakes (Light Hearted on June 5 and Stanton on June 12). “He has put a lot of money into the game. I am glad he is some very nice horses and I am lucky to train them. That is the kind of effort we wanted to see when we stretched her out. The last time did not really work out exactly like we wanted. She kind of got shuffled back. We have always thought that her best asset was her cruising speed, so today the plan was to get her to break from gate well. She relaxed nicely and then came with a big run. With the Delaware Handicap, we are going to see who is coming and how she is doing and we will take it from there, but that was definitely a step in the right direction.”