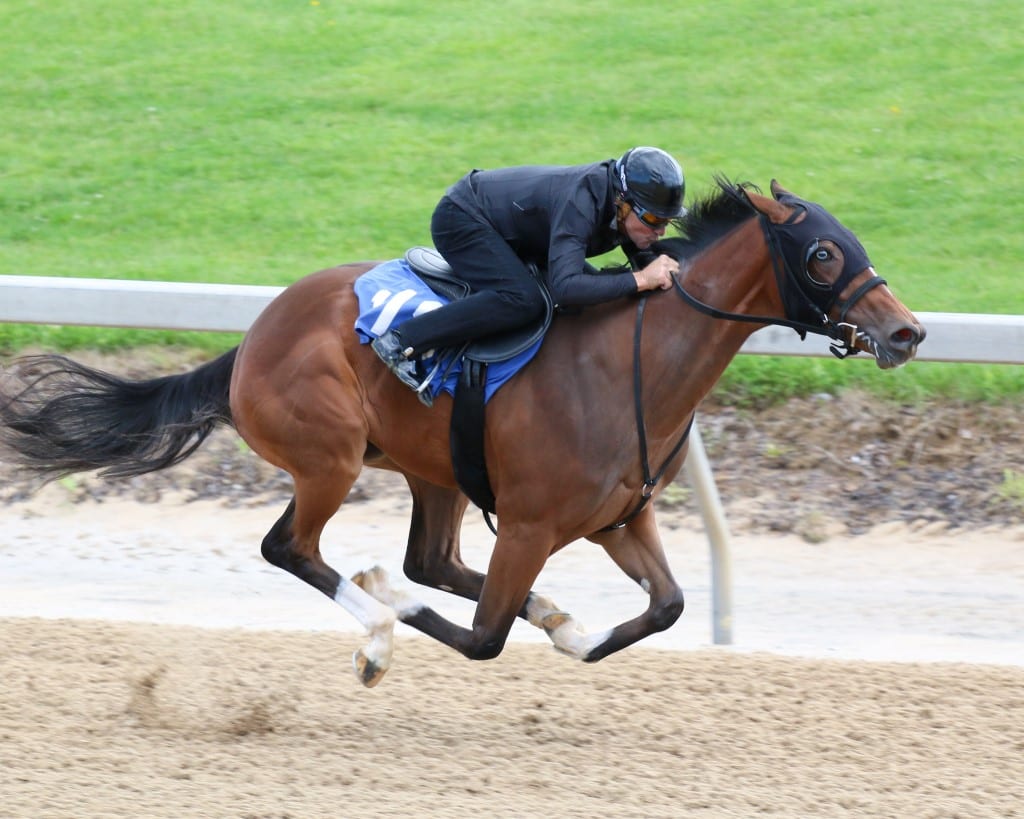 The blue-eyed Hip 118 was one of the fastest to breeze on the first day of breezes for the Fasig-Tipton Midlantic Two-Year-Olds in training sale. Photo by George Adams.

Kentucky-breds accounted for more than half of the 326 hips that sold at this week’s Fasig-Tipton Midlantic 2-year-olds in training sale, and with New York-breds comprising another quarter, that left Midlantic-breds with a pretty small footprint.

Overall, a total of 41 horses bred in the region found new homes during the two-day event, with 24 of those bred in Maryland and an even dozen bred in Pennsylvania.

The top seller among the region’s horses was Hip 90, a Pennsylvania-bred filly by Uncle Mo who fetched a top bid of $350,000. Consigned by Top Line Sales as agent, she went to Lothenbach Stables after working an eighth in 10 2/5 seconds.

Second among the region’s sellers was Hip 302, a Maryland-bred colt by Tonalist. A top bid of $300,000 got the job done for buyer West Bloodstock, acting as agent for Repole Stables. The colt was consigned by Tom McCrocklin as agent.

Into Mischief led the sale’s sires in pretty much every way it’s possible to lead: hips sold, total value, average value, and highest-priced to sell.

Nine hips by Into Mischief sold, a number unsurpassed by any other sire in the sale (though it was equaled by Competitive Edge). He had the sale-topper, a $1.8 million filly. And his nine sellers averaged over $468,000.

Among regional sires, Golden Lad had the largest contingent with six to go through the ring. They fetched an average of just shy of $75,000 with the top seller being Hip 99, a colt out of the placed Corinthian mare Corinnaise. Consigned by Grassroots Training and Sales, he fetched a winning bid of $175,000 from Gary Young, agent for Michael Dubb.

SIRES WITH 6 OR MORE TO SELL