Motion hopes to be Flying the Flag in Pimlico Special 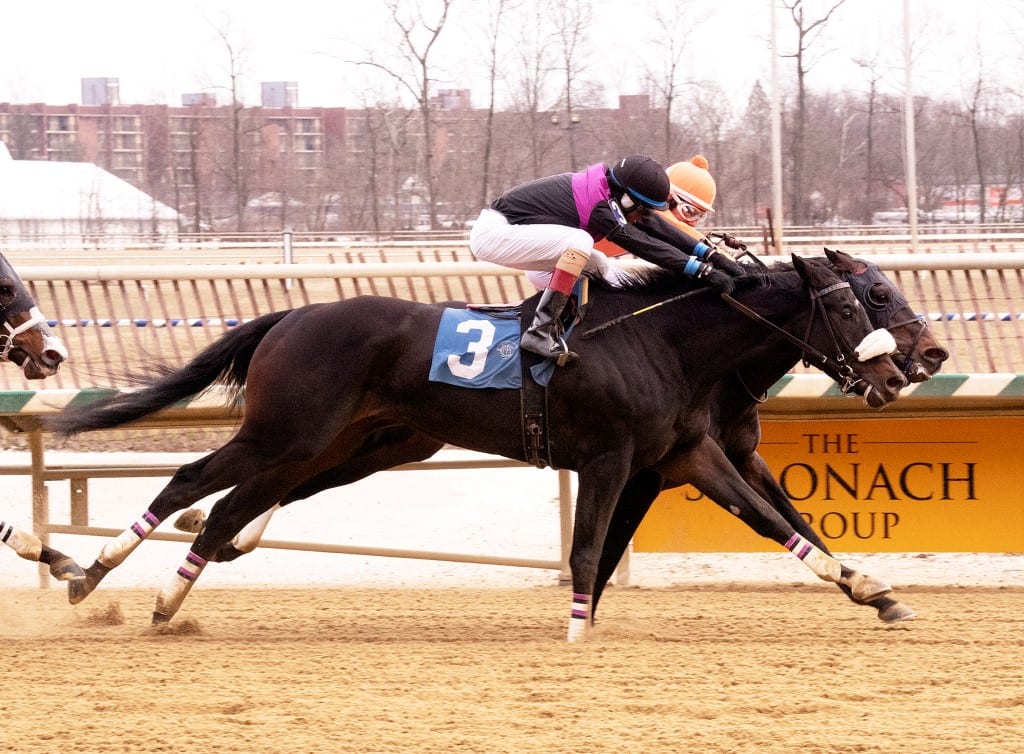 Flying the Flag was a near-miss second in an allowance at Laurel Park. Photo by Jim McCue, Maryland Jockey Club.

West Point Thoroughbreds and Chester Thoroughbreds’ Flying the Flag will represent Motion in the Pimlico Special, extended this year for the first time from 1 3/16 miles – the same distance as the Preakness Stakes (G1) – to 1 ¼ miles.

“I just feel like it’s a good time to take a shot. I don’t know about the mile and a quarter, but I have every reason to think he’ll handle it,” Motion said. “It’s a very competitive group but I think everyone is taking a bit of a stab.”

Flying the Flag will be ridden by Jorge Vargas Jr. from Post 3 in a field of 14 entered for the Pimlico Special. Rally Cry is a lukewarm 9-2 program favorite.

A 4-year-old son of Malibu Moon who fetched $675,000 at Barrett’s 2-year-old in training sale in March 2017, Flying the Flag has finished worse than third just once in six career starts, all but one of them at Laurel Park.

A nose winner of an open entry-level allowance Feb. 10 going about 1 1/16 miles, Flying the Flag was beaten by the same margin in a second-level optional claimer going a mile April 13 in his most recent start. Vargas has been up for all but one of his races.

“He’s done well since the allowance race. Jorge has worked him and Jorge likes him. I just think the time is right to take a shot in a race like this,” Motion said. “I think he’s getting better.

“He’s only really run one disappointing race, otherwise he’s always been very competitive,” he added. “He’s a horse that West Point picked out. I think he topped the 2-year-old sale at Barretts when they bought him. He’s a horse that was cut out to sort of compete in these kinds of races.”

Flying the Flag was unraced at 2, not making his debut until last fall when he finished second as the favorite in a seven-furlong maiden special weight at Laurel. He graduated with a 5 ¼-length triumph in the slop last November at Churchill Downs, then was put away after running second in an open allowance in mid-December.

“He looks well and physically he’s done well. He got very sick as a 2-year-old, that’s why it took him so long to get to the races. But I don’t see any repercussions from that. I feel like he’s doing well,” Motion said. “I know he’s going to be a bit of a price, but I feel like the timing’s right to take a shot.”

“It’s always been a weekend we point for,” Motion said.