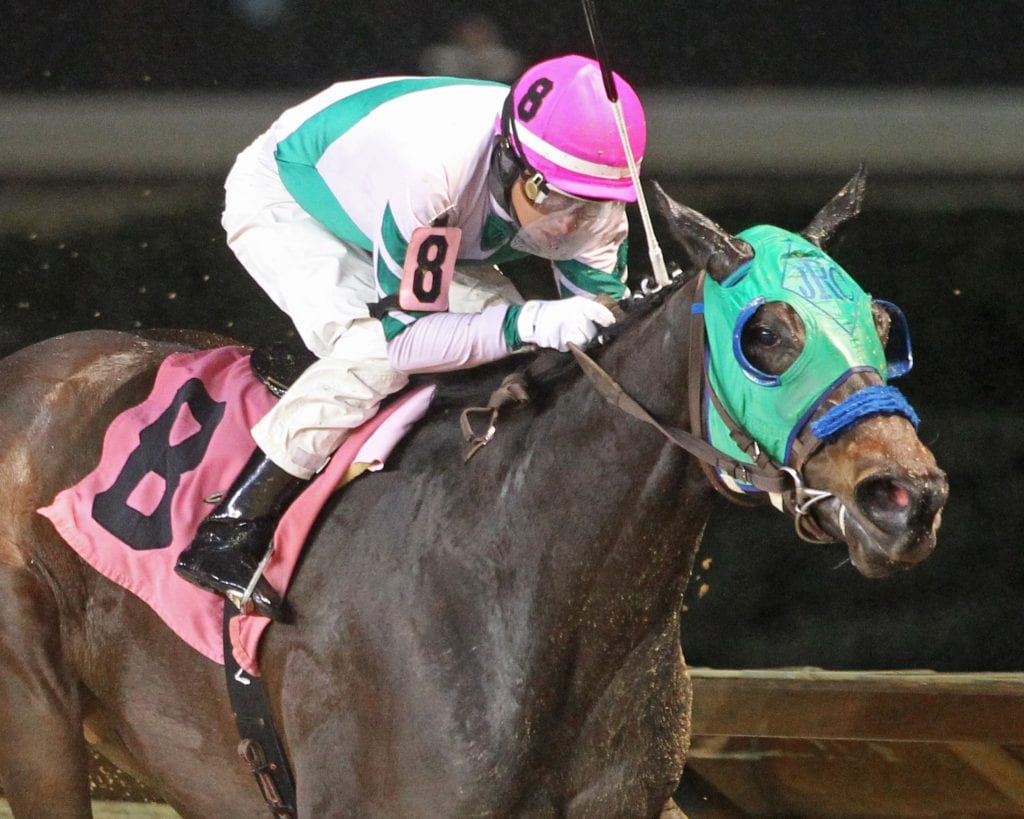 Aaron’s Tap is no Runnin’toluvya. But he’s plenty good enough to be a major player in the West Virginia-bred stakes racing at Charles Town the rest of the year.

The five-year-old son of Fiber Sonde re-emphasized that fact Saturday night when he rallied to a two-length score in the $50,000, 4 1/2-furlong It’s Only Money Stakes at that track. It was Aaron’s Tap’s second consecutive stakes victory.

The Jeff Runco trainee was a well-beaten third three races back in the $35,000 Russell Road Overnight Prep, in which he led early but had no answers for Runnin’toluvya. Aaron’s Tap was then disqualified from third and placed eighth in that race for a bumping incident leaving the gate. And of course, that result has been flattered by Runnin’toluvya’s subsequent upset win in the Grade 2, $1 million Charles Town Classic.

Aaron’s Tap has made two starts since that tilt, both in state-bred stakes company, both at odds-on — and both ending up in the winner’s circle. He cruised to victory in the seven-furlong Confucius Say on the Charles Town Classic undercard April 20, and last night he took on seven rivals in the It’s Only Money.

Under regular pilot Arnaldo Bocachica, Aaron’s Tap was content to sit third and on the outside in the early going while C. D. Jammin ripped through an opening quarter-mile in 21.48 seconds, his nearest pursuer the 12-1 outsider Rescue Five.

C. D. Jammin still had a three-length lead leaving the furlong grounds, but he was growing conspicuously weary and could offer only the most minimal resistance when Aaron’s Tap swept up and then on by en route to the win in 51.81 seconds over a fast main track. C. D. Jammin barely held second, while late-running Last Plunge was along for third.

He is trained by Jeff Runco. He was bred in West Virginia by A & B Bloodstock and is owned by Smart Angle LLP.