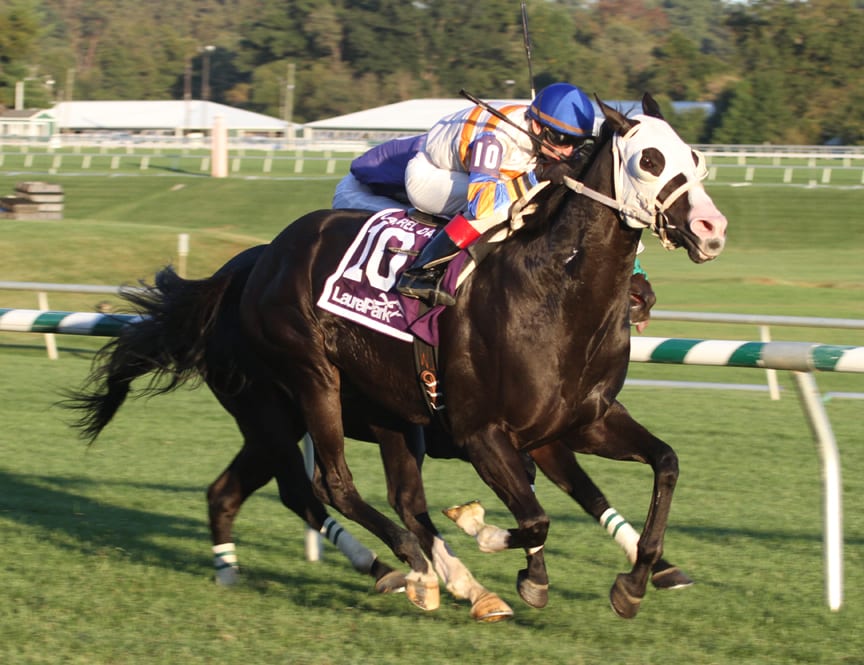 In the wake of the death of nearly two dozen horses at Santa Anita in a space of just over two months, the issue of Lasix use has — mysteriously enough — become a flashpoint.

And, while the Thoroughbred industry some decades back moved with — for it — surprising unanimity and speed to permit the anti-bleeding medication, this time around the effort to roll back its use is receiving a cool reception, and in Maryland anyway, may be about to hit a roadblock.

A group of major track operators — including the Stronach Group, which owns and operates the two Maryland major tracks, Laurel Park and Pimlico Race Course — announced April 18 that they intended to implement a partial prohibition on the use of Lasix starting next year. The group, which also includes the New York Racing Association and Churchill Downs, Inc., among others, said that member tracks aim to prohibit Lasix use in two-year-olds effective in 2020 and to extend that ban to stakes races the following year.

Many horsemen have been decidedly cool to the proposal, however, and days after the tracks’ announcement, the Maryland Thoroughbred Horsemen’s Association and Maryland Horse Breeders Association issued a joint statement opposing the phaseout.

Now the Maryland Racing Commission is set to deliver its own message to the track operators: Not so fast.

“They can make an announcement, but it’s in violation of the [state] regulation,” MRC Chairmans Michael Algeo said April 25 of the proposed partial Lasix prohibition. “I don’t think you’ll see it implemented here.”

Lasix, the common name for furosemide, is used to combat exercise-induced pulmonary hemorrhage (EIPH). That condition — experienced by most horses to a greater or lesser extent — refers to the presence of blood in the horse’s airways as a result of vigorous exercise. In more extreme forms, it can seriously compromise a horse’s performance, and at times can be severe enough that it is visible as bleeding from the nostrils.

Lasix began to come into widespread use in the United States in the 1970s, and by the early 1990s, when New York became the final state to allow it, the medication was legal for raceday use in every American racing jurisdiction. In more recent years, as part of the National Uniform Medication Program, many states — including all Mid-Atlantic states — have adopted a requirement that Lasix on raceday be administered only by a third-party veterinarian designated by the Commission.

But there’s been a backlash, too, with many racing organizations — most prominently The Jockey Club — pushing to rid the sport of Lasix, calling it a performance enhancer and likening its use to “doping” horses. That movement has led to the introduction several times of federal legislation — the Horse Racing Integrity Act — that has gotten only mild traction.

The anti-Lasix move accelerated following the Santa Anita deaths, though no evidence links the medication with them. The Stronach Group, which owns Santa Anita Park, issued a series of what it called safety-related reforms, among them a reduction in raceday Lasix use. That was followed in short order by the multi-track announcement.

Maryland permits the use of Lasix by regulation. The pertinent reg says, in part:

“A. The administration of Lasix to a horse is permissible if:

That, said Algeo, makes Maryland different from at least some other states, including California.

“The Lasix issue, we’re not California,” Algeo said. “We have a regulation.”

Algeo said that once the Stronach Group and other track operators announced their intention to phase in the partial ban, he sought advice of the Commission’s counsel, Eric London, as to what would be required to make such a change.

Some have suggested that a track could implement such a prohibition via a house rule or through the condition book, but in a memo to Algeo, London disputed that notion, at least as it applies to Maryland.

London concluded, “[I]t is the advice of this office that the potential imposition of a ‘House Rule’ by the Licensee to prohibit the administration of Race Day Lasix is not allowable without modification to [current regulations].”

Certainly a change to the rules is possible; rules are modified all the time for a wide variety of reasons.

But the Commission’s position both slows the process down — changing regulations requires a monthslong sequence of steps — and bolsters the position of the state’s horsemen. The Commission is more likely to follow an industry consensus — or a scientific one that has yet to emerge — than it is to wade into what amounts to a self-inflicted controversy.

“They may seek and try to get permission of the horsemen,” Algeo said. “But we have a regulation, so they can’t come in and tell them they can’t use it.”