Lake Ponchatrain looks for profitable prep for Dance to Bristol 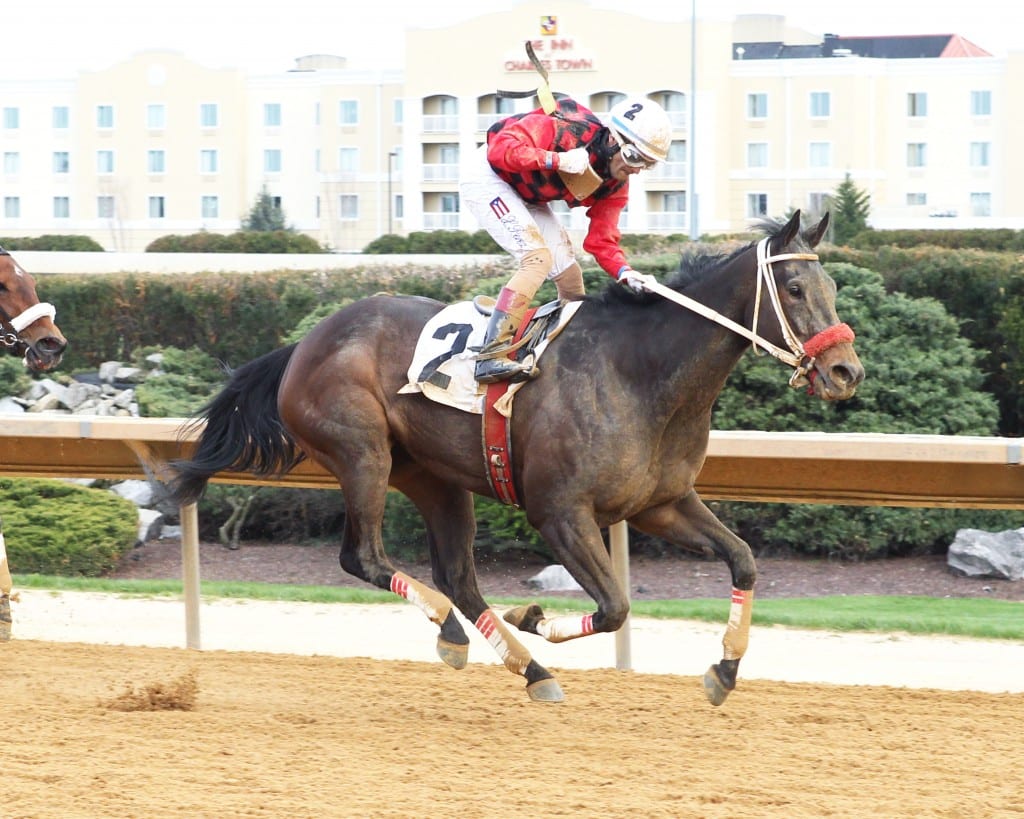 Lake Ponchatrain struck in the 2018 Dance to Bristol Stakes. Photo by Coady Photography.

A pair of prep races for next month’s stakes have spiced up the racing weekend at Charles Town Races.

A full field of 10 took part in Friday’s $35,000 Russell Road Overnight Prep, which leads to the Russell Road Stakes April 20 on the undercard of the Grade 2 Charles Town Classic.

And Saturday, a sparse but accomplished field of distaff runners will head postward in the $35,000 Dance to Bristol Overnight Prep. Like the Russell Road, the Dance to Bristol is on the Classic undercard.

LAKE PONCHATRAIN SEEKS TO FEND OFF SHIPPERS IN DANCE TO BRISTOL

A year ago, the locally-based Lake Ponchatrain took on all comers, winning the $100,000 Dance to Bristol by over a length at 4-1 odds.

She’ll try to take a step towards retaining that title Saturday in the Dance to Bristol Overnight Prep. The Ernest Haynes-trained seven-year-old mare loves the friendly confines, boasting a record of 11 wins in 22 starts over her home strip. She hasn’t raced since finishing eighth in the Thirty Eight Go Go Stakes at Laurel Park in December, but back home, on a track – and at a seven-furlong distance — she loves, she can certainly compete with these.

Haynes will leg up Arnaldo Bocachica, and Lake Ponchatrain, who is less than $4,000 shy of a half-million in career earnings, is 8-5 on the morning line.

But it won’t be an easy spot.

Lake Ponchatrain will be confronted by another local runner, Devine Mischief (9-2), as well as three shippers.

The toughest of those figures to be Isotope (9-5). The Jeremiah Englehart trainee proved best in the Thirty Eight Go Go two back, and while she had no answers last out in the Maryland Racing Media, the cutback in distance ought to be to her liking here. Jorge Vargas, Jr. will ride.

Trainer Anthony Quartarolo is slated to send out a pair for Ron Paolucci Racing in Indian Point (6-1) and Proper Discretion (5-1). The former, a daughter of Uncle Mo, hasn’t won since taking an allowance at Parx Racing in 2017. The latter is a 13-time winner who most recently scored in an Ohio-bred stake at Thistledown last September.

Devine Mischief rounds out the field. She’s made two starts for conditioner Javier Contreras, finishing second in the What A Summer Stakes at Laurel before running eighth in the Grade 3 Barbara Fritchie.

Runnin’toluvya has asserted himself as the head of the local class of older boys, and his dominant win in the Russell Road overnight prep Friday evening did nothing to tarnish that reputation.

With regular pilot Oscar Flores up, Runnin’toluvya, a five-year-old, West Virginia-bred Fiber Sonde gelding, settled into second just off the speedy Aaron’s Tap. That pair navigated the opening quarter-mile in 23.11 seconds, the half gone in a swift 46.39, with Runnin’toluvya poking his head in front at that point.

Runnin’toluvya stretched his lead into the lane and proved easily best. Ballivor, a 13-1 shot trained by Carlos Mancilla, rallied for second. Aaron’s Tap held third but was disqualified to eighth after bumping Johnny Jump Up at the gate, unseating that one’s rider, Gerald Almodovar. That elevated Mean Bean to third, with Cinderella El Crome, the 3-1 second choice in the field of 10, finishing fourth.