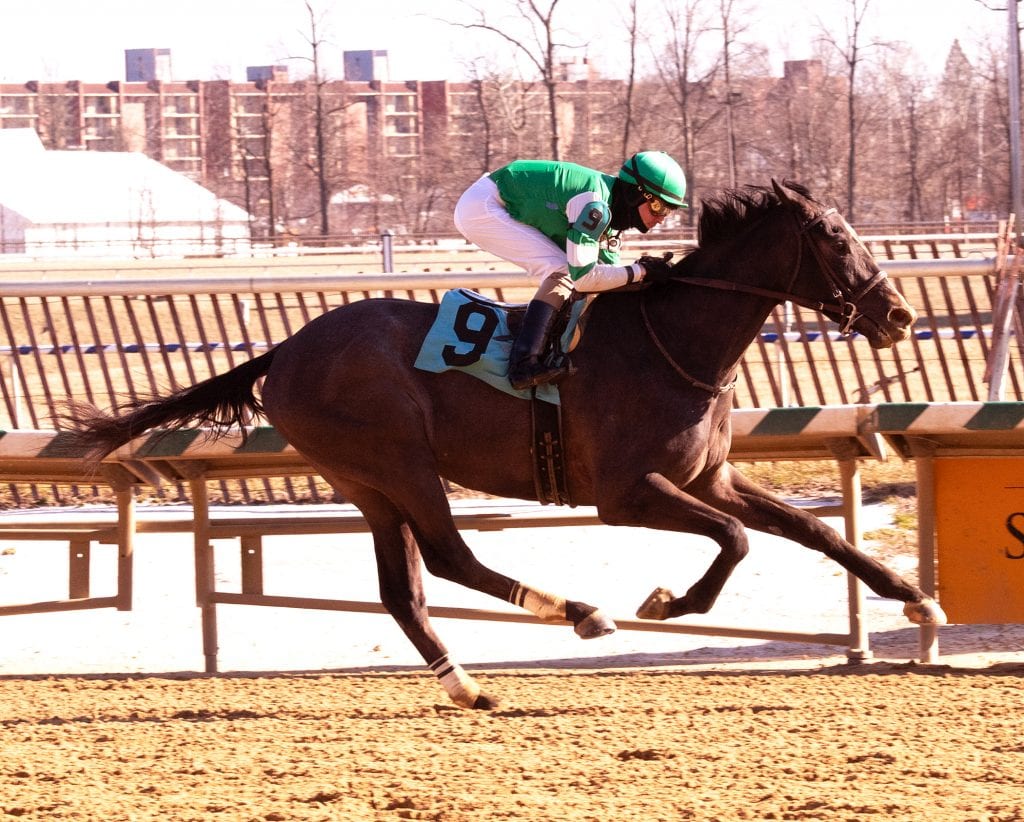 Lordhavemercy was, at $84.00, the biggest payout among maiden winners last week.

Trainer Louis Linder, Jr. enjoyed a productive — and somewhat unusual — week during the seven days ending February 10. The Parx-based conditioner won three times during the week — and all three came with maidens. That was more maiden victors than any other regional trainer sent out during the week.

The best of that group was likely Golden Gala, a sophomore Goldencents filly who made her fourth career start a winning one, taking a $45,000 maiden special weight test at Parx by an easy five lengths with Mychel Sanchez in the irons. Golden Gala, a $55,000 auction purchase, is owned by Bran Jam Stables and David W. Clark. She now has a record of a win and two thirds from four starts.

Linder’s other maiden winners were If You Only Knew, who won a maiden claiming affair at Parx Racing, and Dazzle Me, who scored in maiden claiming company at Penn National.

It may be a while before you get 5-1 on him again.

Bred and trained by James Casey and owned by his Taylor Mountain Farm LLC, Hero’s Man absolutely obliterated the field in that contest, speeding to the early lead and zipping to a 6 1/2-length triumph in 52.42 for the 4 1/2 furlongs. That time was two-fifths faster than older West Virginia-bred maidens managed it two races later — and virtually identical to the time posted by older WV-bred allowance horses on the same card.