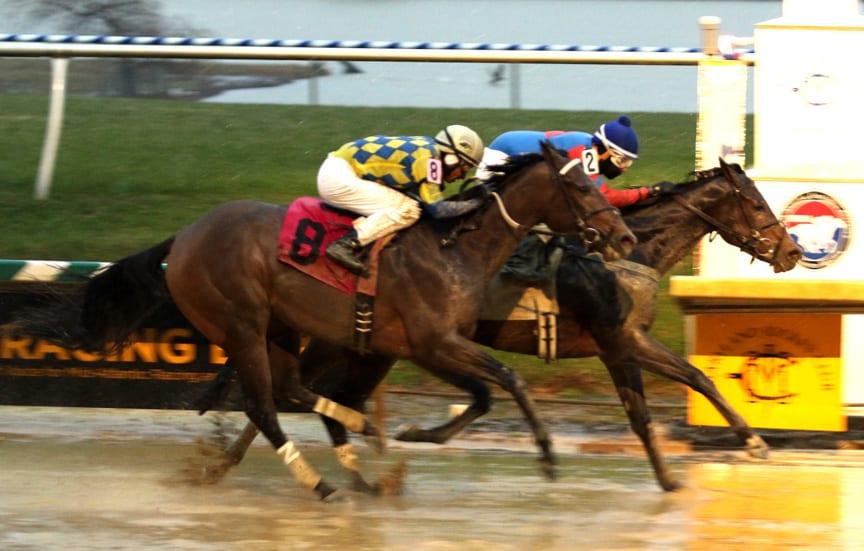 Victory Rally (inside) held off Another Broad to win the Geisha Stakes at Laurel Park. Photo by Laurie Asseo.

Claiming activity in the mid-Atlantic region rose in 2018 versus 2017, with more than $25 million in horses changing hands via the claimbox in the region.

In all, 393 trainers claimed at least one horse in 2018, led by Jamie Ness, who grabbed 90 during the year, accounting, by himself, for more than $1.1 million in claiming activity. He claimed more horses than any other trainer during the Delaware Park meet — 20 — and also was in the top five for the year at Laurel Park (18 claims, good for fourth) and Parx Racing (50 claims, the third most).

On the other side of the ledger, Ness also had more horses claimed away from him than did any other trainer. He lost 79 horses via the claimbox, 17 more than Mike Pino, who was second, with 62.

What about the horses themselves? The horse most often claimed during 2018 was Chelios; the now-eight-year-old gelding was claimed eight times during 2018. That was one more time than five other runners.