Stories that mattered in ’18: The rise of sports betting 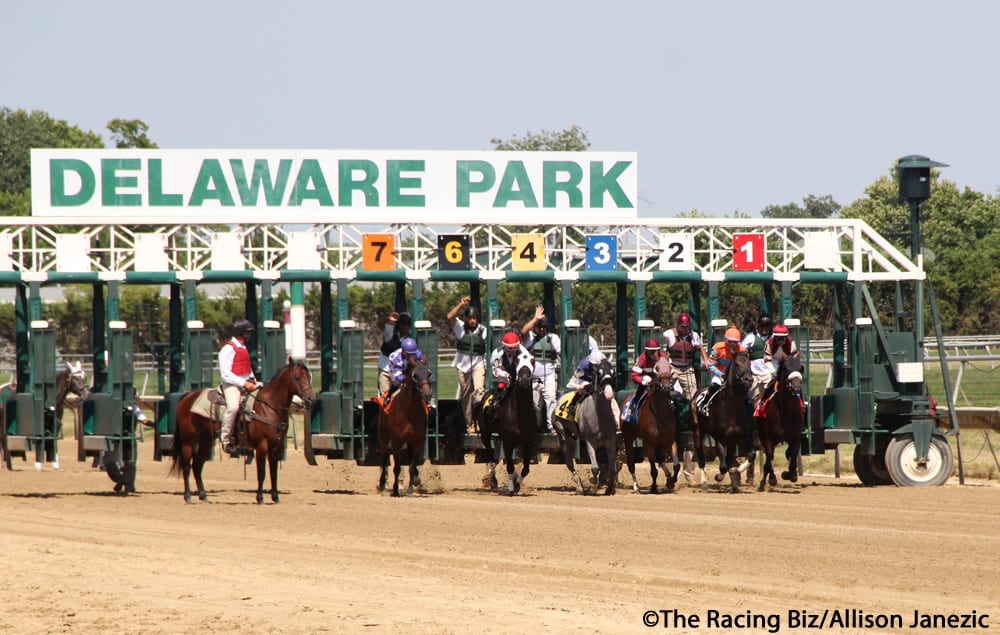 Racing at Delaware Park – off in the 2018 Carl Hanford Memorial Stakes. Photo by Allison Janezic.

In retrospect, one of the oddities of 2018 will turn out to be that an event that may go on to have a major impact on the Thoroughbred industry than any other wasn’t a race, didn’t involve a jockey, trainer or owner, and didn’t even happen at a racetrack.

On May 14 the U.S. Supreme Court voted 6-3 to strike down Professional and Amateur Sports Protection Act (PASPA), which had since 1992 prohibited single-game sports betting in most of the nation. Several states, including Delaware, had been permitted to offer parlay cards when grandfathered from PASPA, and Delaware Park has offered parlay-card betting since 2009. Later off-track sites in the state like restaurants and convenience stores were also allowed to sell parlay cards.

But single-game wagering on most major sports was the one type of gaming widely sought throughout the country, especially by most states where horse racing was presented. Reduced foal production, continuing stiff competition for racing stock and the gambling dollar for many tracks, and increasing costs have many tracks in the industry desperately seeking alternative forms of revenue. That was particularly true in New Jersey, where tracks had been prohibited from hosting slot machines, which had been a boon to purses elsewhere.

Sports betting has, at least in the first six months of operation, been providing some of that badly needed revenue.

In the Mid-Atlantic region, Delaware, New Jersey, West Virginia and more recently Pennsylvania have added sports betting to their gaming menus. Here’s a recap of events relating to sports betting in those states and some interesting revenue figures.

DELAWARE — Sports betting came to Delaware when Dover Casino first accepted wagers on June 5, and Delaware Park joined in several days later. The amount played in the month of July totaled over $8 million with net proceeds of $461,000 from the three tracks in the state – Delaware Park and the harness tracks Dover Downs and Harrington Raceway — but those figures jumped considerably when the National Football League (NFL) regular season began in earnest in September.

The total amount played in September rose to more than $16.8 million, while net proceeds increased to $3.1 million. Current totals for the 2018 calendar year show more than $70.9 million has been played in Delaware with net proceeds of $6,770,308. The state gets 50 of the net proceeds, while the tracks like Delaware Park and the horsemen split the rest, the track taking in 40.2 percent and purses receiving 9.8 percent. In all, sports betting has generated over $660,000 for statewide purses through the end of November.

NEW JERSEY – The state that took the sports betting issue to court is also off to a quick start. Monmouth Park was the first venue in the state to offering full sports wagering, accepting its first sports bets on June 14, with the Meadowlands following a month later. Casinos came on board, as well, with the first – the Borgata – matching strides with Monmouth, while the Tropicana was not up and running until October 25.

Gross revenue from sports betting in the state in the six months sports betting has been offered totals $928 million with $73.2 million in revenue to the casinos and race tracks.

WEST VIRGINIA – Sports betting kicked off in a serious way in West Virginia in September, with the state’s two then-operating sports books – Hollywood Casino at Charles Town Races and the Greenbrier Resort – pulling in about $7.5 million in action that first month. That number rose to about $10.2 million the following month.

Notably, one way in which sports betting differs from pari-mutuel play is that the house is actually an interested party and not just a bet-taker. That didn’t work out so well for the Greenbrier in October; the casino reported paying out more in wins than It received in wagers for the month.

In West Virginia racetrack casinos pay the state 10 percent of net revenue, and at the moment there is no legislated percentage for purses.

PENNSYLVANIA – Pennsylvania joined the sports betting scene late when the first wagers were accepted at Penn National in November, and Sugarhouse Casino brought the new type of gaming to the Philadelphia area when it began accepting bets on sports in mid-December. Parx Casino, housed at the Thoroughbred track in Bensalem, is slated to offer sports betting starting January 10.

Critics of Pennsylvania’s set up predict the $10 million licensing fee, which the 13 license holders had to pony up to qualify to accept sports wagers, as well as the state’s stiff 36 percent taxation rate, will discourage future casino operations from exploring sports betting opportunities in the state.

So sports betting and thoroughbred racing have finally tied the knot. Of course only time will tell if some of the gaudy early figures will hold up in the long run. It must be remembered that Maryland has yet to join the sports betting scene – and will not do so until 2021 at the earliest – and that figures to complicate matters for existing sports books even further.