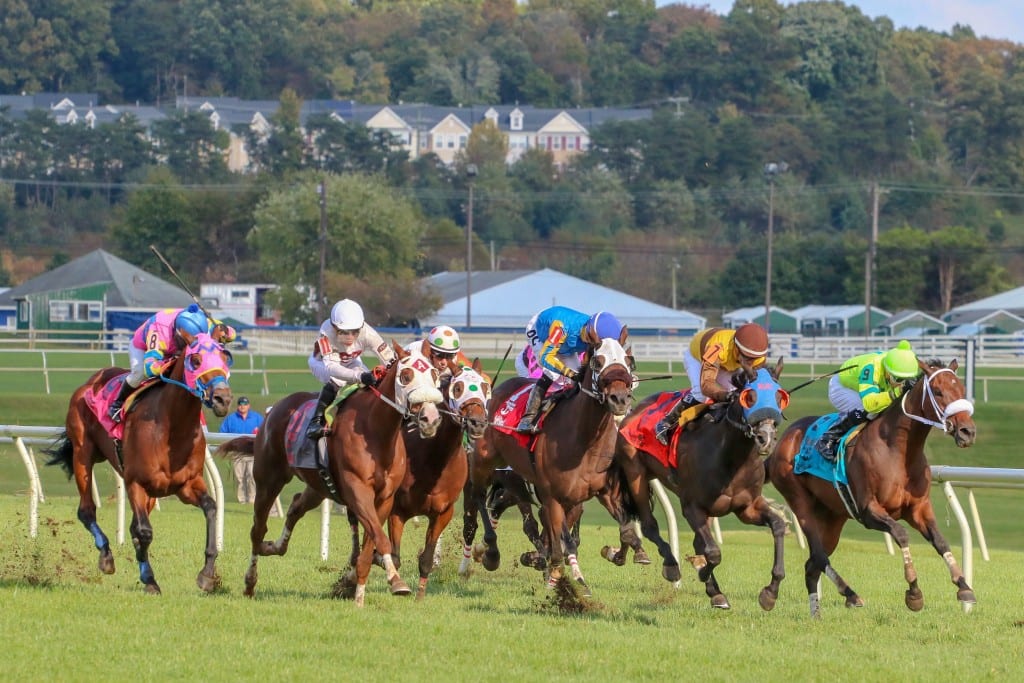 It was also the first time since 2007 that total handle was over $5 million.

An estimated 22,000 people witnessed history when Hall of Fame rider Edgar Prado became the winningest jockey in Maryland Million history in the $150,000 Classic aboard Saratoga Bob. It was Prado’s 18th Maryland Million triumph, one more than fellow Hall of Famer Ramon Dominguez. Other highlights on track included victories by defending champions Crabcakes in the Million Distaff and My Sistersledge in the Million Ladies.

Fans were introduced to additional renovations at Laurel Park, including a new sportsbook, as well as the inaugural Clubhouse Festival featuring Grammy nominated Steve Aoki, which drew thousands of new fans.

Belinda Stronach, Chairman and President of The Stronach Group, presented the winning trophy after the Maryland Million Classic.

“We believe in this sport,” Stronach said. “This is the last great sporting legacy platform that has yet to evolve and modernize. We’re looking at the guest experience of what we can do to enhance that. We have a great leader in Tim Ritvo. He has done an awesome job with his team with respect to horse racing. Now our team collectively is working on how we can enhance the guest experience and get more fans and introduce them to the awesome sport of horse racing.”

Sal Sinatra, President and General Manager of the Maryland Jockey Club, said: “We couldn’t have asked for a better day. The weather was great, the racing was great, and field size was up. We want to thank all the fans and the Maryland breeders and owners and the horsemen for supporting such a great day. It was also great to see so many people enjoying the Clubhouse Festival throughout the day and evening, our new sportsbook, and all the renovations taking place at Laurel Park that are being led by The Stronach Group and Belinda Stronach.”