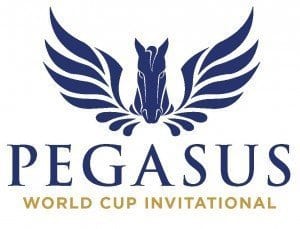 The Stronach Group announced that tickets for the 2019 Pegasus World Cup Championship Invitational Series, to be held on Saturday, January 26 at Gulfstream Park in Hallandale Beach, FL, are now on sale.

Since 2017, the Pegasus World Cup has become one of the premier events on the Thoroughbred racing calendar, blending entertainment, innovation and horse racing like no other event of its kind, capturing the attention of the racing industry, celebrities and fans from around the world.

Tickets range from $60 to $1,000+ USD per person and offer something for every race-day enthusiast and entertainment seeker. There is a perfect race-day experience for every guest, including exciting views of the finish line from the Grandstand and the Apron, to luxurious suites and VIP dining experiences. Tickets for the classic Apron experience will be available only to the first 1,000 guests at $60 per person after which the price will increase to $75 per person.

Tickets are available online at www.pegasusworldcup.com, or by calling the Pegasus World Cup Box Office at Gulfstream Park at 1-833-464-7924 between 9am-6pm, daily.