Altamura vanned off after Oakley victory 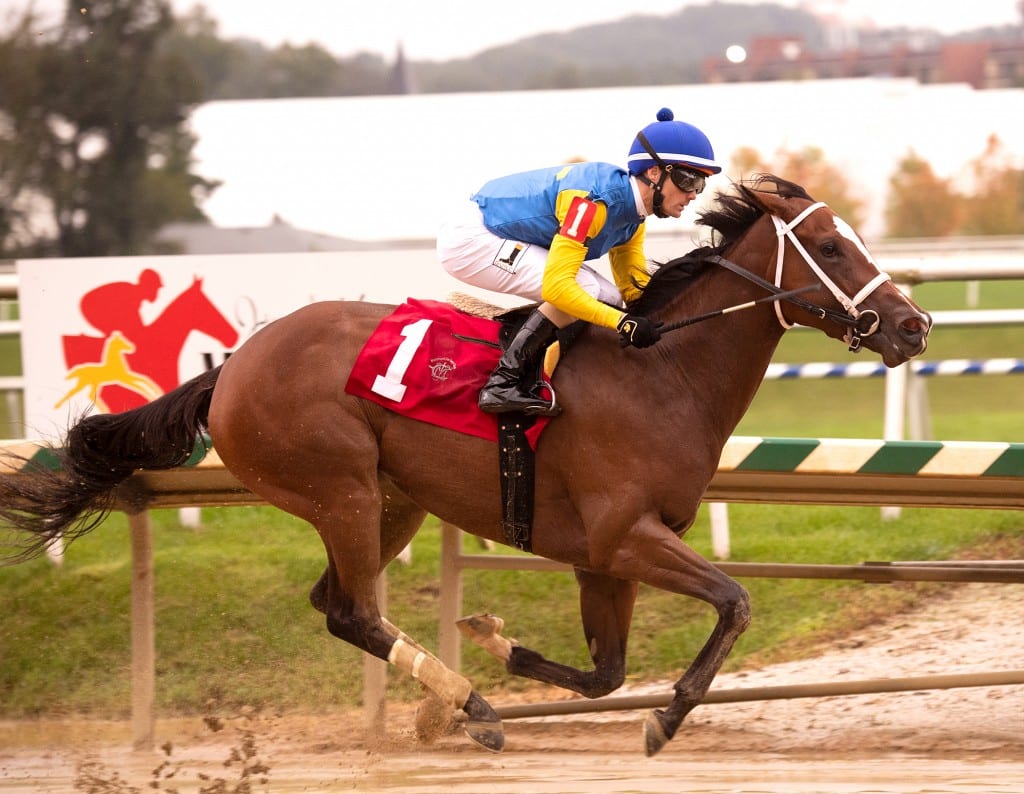 Three-year-old Altamura won her fourth consecutive race Saturday in the $75,000 Oakley Stakes Sunday at Laurel Park and did so in dead-game fashion.

But it was no occasion to celebrate, as the daughter of Artie Schiller was vanned off following the race.

“She took a funny step leaving the wire,” said jockey Channing Hill, who dismounted after pulling her up during the gallop-out. “It wasn’t bad to begin with. It just started getting a little worse and a little worse. Hopefully, it’s not that bad.”

The injury, the scope and severity of which were not immediately known, appeared to be to her left rear, Hill said.

“She just stopped pushing it,” he explained. “She was way off by the time I got off.”

Altamura’s wins — two on the dirt and two on the turf — have all come in Virginia-restricted company, the last three in stakes versus similar groups of horses each time.

And yet this one might have been the most impressive of all. Breaking from the rail, Altamura bobbled slightly before recovering to rate the early lead on the rail while pressed by Virginia Fable and Xavier Perez. Meanwhile, Up Hill Battle, with Feargal Lynch, inside early, made a menacing move the lead while three wide midway on the turn.

The opening quarter-mile of the 5 1/2 furlong test went by in 22.90 seconds. Altamura seemed to be backing up midway on the turn, but Hill said he wasn’t worried.

“I asked her to take a deep breath, and she did,” the jockey, who also won the Laurel Turf Cup on Saturday aboard Hello Don Julio, said after the race.

The race soon boiled down to Altamura along the inside and Up Hill Battle to the outside. They entered the lane on even turns and soon were well clear of their rivals. Leaving the furlong grounds, Altamura had a head in front. By the time she hit the wire, her lead was up to 1 1/4 lengths, and she stopped the timer in 1:04.89.

Altamura returned $3.40 to win as the 7-10 favorite and topped an exacta that paid $4.50 for a buck. She was bred in Virginia by Chance Farm and is trained by Wayne Catalano for Susan Moulton.

Altamura has four wins from six starts in her brief career, which began in May at Monmouth Park. All of her wins have come at Laurel Park, where she is undefeated. She has earned $157,400.