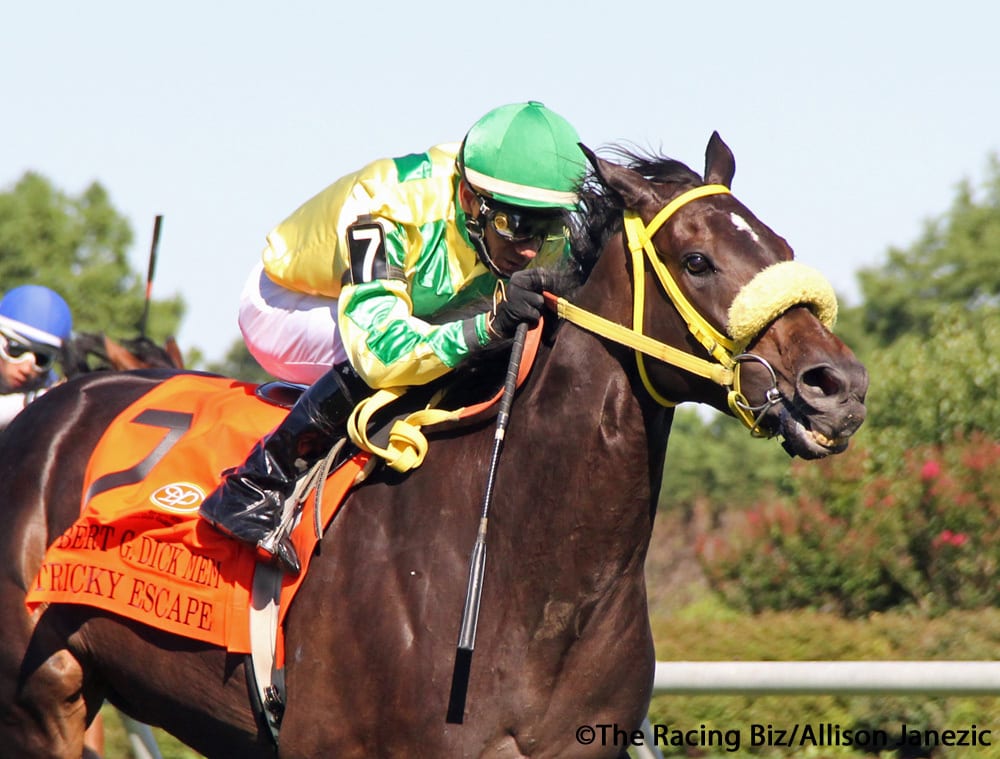 With Christopher DeCarlo aboard, the 5-year-old daughter of Hat Trick won by a 1 1/2-lengths and returned $10.40. Giovanna Blues, with Mario Pino, finished second. It was another length farther back to Palinodie, with Trevor McCarthy, in third. The 8-to-5 favorite in the field of nine, Creative Thinking, with Adam Beschizza, finished fifth.

This was the first victory of the year for Tricky Escape from three outings. It was also her third graded victory. The Kentucky-bred conditioned by Lynn Ashby raised her record to five wins from 17 starts with earnings of $448,400.

“I was happy she was able to lay close because everything that has gone to the front today has kind of stayed there,” said winning trainer Lynn Ashby. “The race set up well for us because she has a wonderful turn of foot and the farther the better with her. We are still not exactly sure where we will go next with her, but we are considering going to Saratoga with her.”