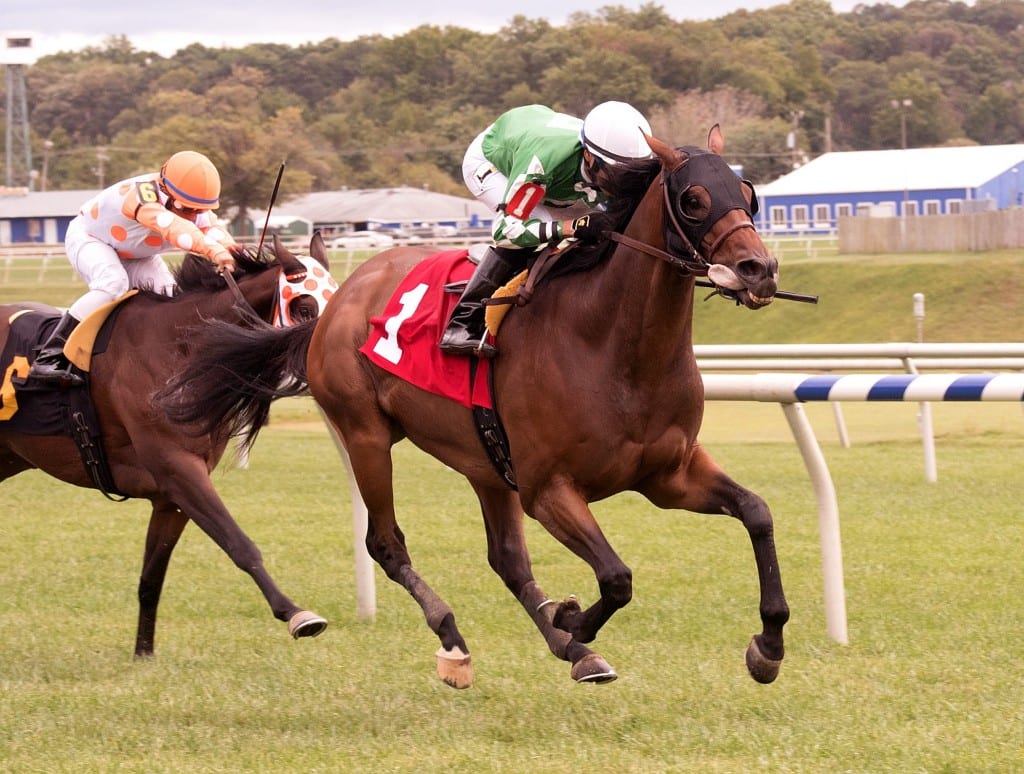 The one-mile Edward Evans is among four $75,000 stakes restricted to Virginia-bred/sired horses 3 years old and up over Laurel’s world-class turf course that help comprise the 11-race program. It is joined by the Nellie Mae Cox at one mile and M. Tyson Gilpin at 5 ½ furlongs, each for fillies and mares, and the 5 ½-furlong White Oak Farm.

Special Envoy, trained by Fair Hill, Md.-based Arnaud Delacour, was a comfortable 1 ½-length winner of last year’s Evans to begin a sweep of Laurel’s trio of Virginia-bred/sired stakes that included the Hansel and Bert Allen, both at 1 1/16 miles.

Since the Bert Allen Sept. 30, Special Envoy was given the winter off before being brought back to prepare for his 2018 campaign at Fair Hill, where he shows a steady string of seven works dating back to late April, the most recent being a bullet five furlongs in 1:00.20 June 15.

“We’ve done that for the last couple of years with him and it seems to be working. He always comes back fresh and I think he likes to run like that,” Delacour said. “If we go all year round with him we would probably have to give him a break right in the middle of the summer, which isn’t really the point.

“The point is to get him ready for the beginning of the season, especially the Virginia-bred stakes which are fitting for a horse like him,” he added. “He runs well, he’s consistent and those three races mean a lot. If you run well in those three, that pretty much makes a year. It was important that we gave him a little break.”

Jockey Daniel Centeno, aboard for all three stakes wins last year, gets the return call from Post 3 on Special Envoy, runner-up in the 2015 Bert Allen and 2016 Evans who also ran second in the 2015 Cliff Hanger (G3). All horses will carry 118 pounds.

“He should be good in there. I’m very happy with him,” Delacour said. “He’s run well anywhere between a mile and a mile and an eighth, really. He’s a little bit better on firm turf. Last year he won [the Hansel by 8 ¼ lengths] on the soft turf but I think it was because he was the best horse in that spot; it’s not really his best footing. He’s more efficient on firm turf.”

Speed Gracer, a gelded 4-year-old son of Lemon Drop Kid, opened his season running second in a 1 1/16-mile optional claiming allowance April 22 at Laurel. Mr. Magician has run twice this year, finishing off the board in a pair of starter optional claimers, the latter May 25 at legendary Pimlico Race Course.